Objective: To evaluate the therapeutic effects and toxic side reactions of capecitabine combined with a modified prescription of Fuzheng Jiedusan on advanced gastric cancer.

Methods: A total of 145 patients were divided into a research group (n=69) and a control group (n=76) according to hospital admission sequence, and treated by capecitabine combined with a modified prescription of Fuzheng Jiedusan and only capecitabine respectively to compare the short-term effects (tumor changes), quality of life, long-term effects and incidence of toxic side effects.

Conclusion: Capecitabine combined with a modified prescription of Fuzheng Jiedusan had good therapeutic effects on advanced gastric cancer, with few toxic side effects and improved quality of life.

With social development and changes in lifestyle, gastrointestinal tumors, especially gastric cancer, have seriously threatened human life and health [1]. As an oral cytotoxic preparation of fluorouracil, capecitabine can be conveniently taken and exert satisfactory therapeutic effects on gastrointestinal tumors [2]. However, capecitabine may cause hand-foot syndrome, stomatitis, nausea, vomiting and other adverse reactions in clinical practice, thus severely affects the quality of life of patients [3]. Tang et al. reported that combining chemotherapy with a Traditional Chinese Medicine (TCM) drug reduced toxic side effects and relieved the symptoms of patients during tumor treatment [4]. Therefore, gastric cancer may be better treated by combining capecitabine with a proper TCM drug to alleviate the side effects simultaneously.

Fuzheng Jiedusan, as a TCM composite formula, mainly comprises Radix Isatidis, Radix Astragali and Epimedium brevicornum Maxim. It has been used to treat hepatocellular carcinoma [5]. Yin et al. found that Fuzheng Jiedusan prolonged the survival and inhibited the tumor metastasis of BALB/c athymic mice [6]. This formula can eliminate toxins and regulate blood circulation. Besides, Yu et al. reported that Fuzheng Jiedusan had a number of health benefits through modulation of the immunity [7].

Thereby motivated, we herein combined capecitabine with a modified prescription of Fuzheng Jiedusan to treat patients with advanced gastric cancer and poor tolerance, and their quality of life was improved after treatment.

The subjects of this study were 145 patients with gastric cancer diagnosed through operations, gastroscopic and pathological examinations in our hospital from January 2011 to January 2014, and all of them had measurable tumor lesions. They were aged 45 to 85, and the average was (62.3 ± 6.7) years old. There were 75 males and 70 females. According to TNM classification, all of them were Stage VI patients. As to Karnofsky Performance Status (KPS) scores, 9 patients had scores of lower than 60, 70 had scores from 61 to 70, 47 had scores from 71 to 80, and 11 had scores from 81 to 90. The expected survival time was longer than 3 months. No chemotherapy contraindications were indicated in the blood routine examinations, electrocardiograms or hepatic and renal function examinations. Based on hospital admission sequence, they were divided into a control group (76 patients) and a research group (69 patients), and treated by capecitabine only and capecitabine combined with a modified prescription of Fuzheng Jiedusan and respectively. The two groups had similar gender ratio, age and course of disease (P>0.05). In addition, all patients and their families approved this study and signed the informed consent.

All patients orally took 1000 mg/m2 capecitabine (product name: Xeloda; purchased from Shanghai Roche Pharmaceuticals Ltd.) in 30 min after dinner twice per day for continuously 14 days, and then the administration was suspended for 7 days. In other words, 21 days were considered as a dosing period. Each patient orally took capecitabine for 2 periods at least. Blood routine tests as well as hepatic and renal function examinations were conducted before and after the cessation of chemotherapy, and the therapeutic effects were evaluated.

Short-term therapeutic effect (tumor changes), quality of life, long-term therapeutic effect and toxic side reactions were taken as the indices to evaluate the treatment outcomes. (1) The short-term therapeutic effect was evaluated according to tumor changes. After the cessation of chemotherapy, MRI or CT re-examination was conducted to observe the size of tumor according to the RECIST standard [8]. Such effects were classified into Progressive Disease (PD), Stable Disease (SD), Partial Response (PR) and Complete Response (CR); effective rate: PR+CR; disease control rate: PR+CR+SD. (2) According to KPS evaluation standards [9], the quality of life was classified into improved (difference: higher than 10 points), stable (difference: 10 to -10 points) and lowered (difference: less than -10 points). (3) Long-term therapeutic effects: The time to progression and survival time were observed; the survival time was from the beginning of chemotherapy to death; the survival rates of the two groups within 1 year were compared. (4) Toxic side effects: Based on the Grading Standards for Acute and Subacute Toxic Reactions of Anti- Cancer Drugs [10] constituted by WHO, such effects were classified into grade 0-IV.

Comparison of quality of life

Table 2: Comparison of KPS scores for quality of life of two groups. 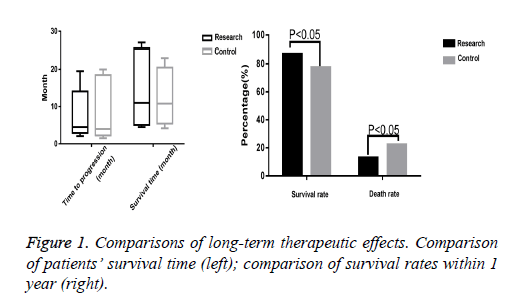 Table 3: Comparison of incidences of toxic and side reactions.

With the incidence rate ranking fourth and the death rate ranking second, gastric cancer is the most common malignant tumor and 360,000 people die of it in our country every year [11]. Therefore, it is of great significance to develop effective therapeutic methods for advanced gastric cancer to improve the quality of life and survival [12]. Capecitabine is a fluorouracil anti-cancer drug, and its single oral therapeutic effect notably surpasses intravenous injection of 5-fluorouracil. The drug concentration in tumor tissue is obviously higher than that in normal tissue. Besides, capecitabine has good anti-cancer effects on all drug-resistant cell lines. Okines et al. reported that the effective rate of treating advanced gastric cancer by orally taking capecitabine reached 24% [13], so patients can choose to orally take capecitabine when they are unwilling to accept combined chemotherapy or have poor tolerance. The most notable adverse reaction of taking capecitabine orally is hand-foot syndrome. Azuma et al. reported that the incidence rate of capecitabine-induced hand-foot syndrome was 44.4% [14]. Zhu et al. found that capecitabine-induced adverse reactions were significantly related to its oral dosages [15]: When 2500 mg of capecitabine was taken orally, the incidence rate of hand-foot syndrome was 100%; however, when 100% of capecitabine was taken orally, such rate was decreased to 77.08%. Thus, to avoid a significant adverse reaction, it is crucial to choose a proper dosage of capecitabine.

Moreover, TCM is also a well-documented therapeutic method for tumors and has remarkable advantages in overcoming adverse reactions of chemotherapeutics [16]. TCM involves the asthenia of pathogens and vital qi for the recognition for tumor pathogenesis [17]. In this study, patients with advanced gastric cancer were included. The stomach is the foundation of acquired constitution. Therefore, in case of pathogeneses such as weakness of the spleen and the stomach, mechanism clogged by toxicity and insufficiency of vital energy and blood, Radix Astragali, Atractylodes macrocephala Koidz and Codonopsis pilosula can be used to boost the vitality [18], Radix Paeoniae Alba, Polygonatum kingianum and Radix Rehmanniae Preparata can be used to nourish blood supply [19], Salvia chinensis, Curcuma zedoary and raw oyster shell can be employed to invigorate blood circulation, and Scutellaria barbata and edible tulip can be utilized for disinfection [20]. Modifying ingredients according to symptoms helps guide the “qi” downward and control nausea and vomiting. Additionally, it can nourish yin, tonify yang, strengthen the body resistance, relieve internal heat or fever and alleviate toxic side reactions.

In this study, the therapeutic effect of combining capecitabine and TCM drugs on gastric cancer was equal to that of individual capecitabine, and there was no significant difference between their survival times. However, the quality of life of the research group was notably improved and the incidence rates of toxic side reactions were lower than those of the control group. Hence, combining capecitabine with Fuzheng Jiedusan, a TCM drug, indeed reduced the toxic side reactions of drugs, accompanied by improved survival quality and disease control rate for the advanced gastric cancer patients with poor resistance and physical power. This study, which dialectically combined the syndrome differentiation and disease differentiation by modifying the prescription based on patients’ toxic and side reactions, can be regarded as an effective exploration in targeted treatment of tumor through combination of TCM and Western medicine. Similarly, Jin et al. treated advanced digestive tract cancers by combining qi-replenishing and blood circulation-activating drugs with chemotherapy preparations, achieving favourable effects [21].

Combining capecitabine with a modified prescription of Fuzheng Jiedusan effectively enhanced the clinical benefit response of patients, and significantly mitigated the toxic side reactions of capecitabine such as hand-foot syndrome and vomiting, indicating the combined treatment using Chinese herb was clearly capable of toxicity reduction and efficacy enhancement. Thus, this treatment strategy is worthy of promotion due to remarkable therapeutic effects on advanced digestive tract tumors, few toxic side reactions, and significantly improved quality of life. However, the sample size needs to be enlarged to further verify the advantages of combining TCM with Western medicine in treating gastric cancer.