The most widely used management technique in anaesthesia care, balanced general anaesthesia, involves combining the delivery of various medications to produce the anaesthetic state. This strategy was created by anaesthesiologists to avoid relying solely on ether to maintain general anaesthesia. The chance of the intended effects and the likelihood of the adverse effects are increased and decreased, respectively, by the fact that balanced general anaesthesia consumes less of each drug than if it were provided alone. The current practise of balanced general anaesthesia relies nearly entirely on opioids to control nociception intraoperatively and pain postoperatively. Opioids are the most powerful anti-nociceptive drugs; however they can have negative side effects. In addition, the opioid pandemic in the US has been exacerbated by an overuse of opioids. Balanced general anaesthesia procedures are now employing more drugs to induce the anaesthetic state as a result of worries about opioid overuse. These methods, referred to as "multimodal general anaesthesia" may involve the use of additional medications, such as dexmedetomidine and magnesium, both of which have less precise targets for the central nervous system. The idea is to optimise desired results while reducing negative effects by using more medicines in smaller doses. Although this method appears to maximise the benefit-to-side effect ratio, no logical method for selecting the drug combinations has been offered. The main justification for putting a patient under a state of general anaesthesia is nociception brought on by surgery. Therefore, any sensible plan of action should concentrate on postoperative pain management and intraoperative nociception control.

The majority of medications used as antinociceptive agents are opioids, which work by binding to several types of opioid receptors in the periaqueductal grey, spinal cord, amygdala, rostral ventral medulla, and cortex. By reducing conductance of voltage-gated ca2+channels and activation of inward-rectifying potassium channels, binding to opioid receptors interferes with information transfer in the nociceptive circuits. Opioid receptor activation affects the transmission of nociceptive information in two ways: it blocks afferent nociceptive inputs into to the spinal cord and enhances descending suppression of nociceptive inputs starting at the level of the periaqueductal grey. The N-Methyl-D-Aspartate (NMDA) glutamate receptors on peripheral afferent nociceptive neurons that synapse in the dorsal horn of the spinal cord are the target of ketamine's main antinociceptive effects. In the neurological system, glutamate serves as the main excitatory neurotransmitter. Nociceptive impulses cannot enter the spinal cord if nociceptive inputs are blocked at this junction. Both ketamine's antinociceptive effects and its ability to lower arousal are influenced by its interactions with NMDA receptors in the cortex and other areas of the arousal system. At low dosages, ketamine primarily binds to NMDA receptors on inhibitory GABAergic interneurons, disinhibiting pyramidal neurons broadly and promoting diffuse excitatory cortical activity[4].

The multimodal approach also applies to procedures involving regional anaesthesia, such as caesarean births and total knee replacements. An infusion of low-dose propofol was administered for sedation during the surgery and spinal implantation for the total knee replacement. A low-dose propofol infusion was given for sedation during the caesarean birth up until delivery and was stopped at the conclusion of the procedure. To produce multimodal anti-nociception and muscular relaxation, the spinal anaesthetics in both cases combined bupivacaine, clonidine, and morphine. Before closing the skin wounds after their procedures, both patients had field blocks using a combination of ropivacaine, dexmedetomidine, and ketorolac[5].

For anaesthesia management, anaesthesiologists used this one drug nearly entirely. With practise, anaesthesiologists discovered that establishing the anaesthetic state with balanced general anaesthesia increased the likelihood of attaining the desired outcomes while reducing adverse consequences. The recent opioid pandemic and the numerous negative side effects of opioids have sparked efforts to develop novel balanced anaesthesia paradigms that reduce or eliminate the use of opioids. These strategies deliver unconsciousness with amnesia and muscle relaxation while preserving adequate tissue perfusion and sympathetic stability to protect organs. This approach stresses the use of drugs other than opioids to reduce intraoperative stress and maintain analgesia as something that can be accomplished with drugs other than opioids only postoperatively. Simultaneous administration of several antinociceptive drugs to prevent nociceptive trafficking during both general anaesthesia and regional anaesthesia. Each drug focuses on a distinct element of the nociceptive system. Our neural circuit studies offer a neuro physiologically grounded method for comprehending each anaesthetic’s effects and selecting anaesthetic combinations. The substantial additional benefit of suppressing nociceptive transmission is that it lowers alertness, which significantly lowers the amount of hypnotic dosages needed to maintain amnesia and unconsciousness. 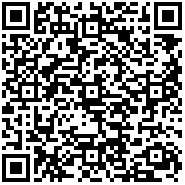