The regulation of replication origins is necessary for complete genome duplication, but it is unclear how origin activation affects the cellular response to replication stress. At the replication fork barrier (RFB), the rRNA gene of budding yeast (rDNA) undergoes tandem repeat formation and replication fork arrest, resulting in DNA double-strand breaks (DSBs), genome instability, and copy number changes. Here, we show that rDNA stability is promoted by the S-phase cyclin Clb5. Clb5 is required for replication initiation in rDNA, but its absence reduced this efficiency. However, it had little impact on the number of replication forks arrested at the RFB, indicating that the converging fork's arrival is delayed and forks are more stably arrested at the RFB. Removal of CLB5 had no impact on DSB rDNA instability was caused by homologous recombination-dependent repair at the RFB. As a result, rDNA instability at arrested forks at the RFB may be DSB-independent but recombination-dependent. The lack of Fob1, which is in charge of fork arrest at the RFB, did not completely suppress the rDNA instability in clb5. As a result, Clb5 establishes the correct distance between active replication origins and reduces the amount of time DNA polymerases must travel, which may lessen Fob1-independent DNA damage.

For the genome to remain intact, precise duplication is essential. However, exogenous and endogenous stresses constantly pose a threat to DNA replication. The replication fork stalls due to impediments like DNA damage and tightly bound proteins. When the replication stress is removed, stalled forks resume DNA replication, or when a converging fork shows up, they finish replication. Chromosome rearrangements, such as sequence deletion, duplication, or inversion, and chromosome translocations, which are hallmarks of cancer cells, cause human genomic disorders, and have an impact on genome diversity, result from an improperly resolved stalled fork. Eukaryotic genomes contain numerous replication origins that have the potential to fire, but only a subset of them are activated to initiate DNA replication in a given S phase [1].

The CLB5 gene and its paralog CLB6 encode S-phase cyclins, which work in conjunction with cyclin-dependent kinase to control the timely activation of replication origins in nonrDNA regions. While the absence of Clb6 has little impact on the length of S phase or origin firing as long as Clb5 is present, cells lacking Clb5 exhibit prolonged S phase and defects in origin firing during late S phase. Entry into S phase is delayed in the clb5 clb6 double mutant, but the duration of S phase and origin firing are restored to WT levels. These findings imply that while both Clb5 and Clb6 support the timely activation of early firing origins, only Clb5 is in charge [2,3].

Because there were too many mutants to analyse in multiplicate in our previous genome-wide screen, we only evaluated the level of rDNA stability of each mutant once by PFGE. Additionally, in order to increase throughput, we used a comb with the smallest teeth, which may have dulled the band's edge and led to false positives, as was previously mentioned. We also have a newer version of the original yeast deletion collection [4].

Therefore, in this study, we first established the reproducibility of rDNA instability in candidate mutants that were directly obtained from the updated yeast deletion collection and had a GO annotation unrelated to genome stability. The remaining mutants had their rDNA instability confirmed because 15 of the 113 mutants had been examined in DNA molecules that replicate passively through the NheI fragment produce a Y arc in this analysis, while DNA molecules that replicate actively from an origin are identified as bubble-shaped molecules. Additionally, paused replication forks within the restriction fragment generate a strong signal along the Y arc [5]. 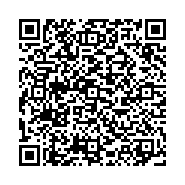