Background: Recurrent abdominal pain (RAP) is a frequent gastrointestinal complaint in pediatrics. The roles of Helicobacter pylori (H. pylori) as a cause for these complaints remain controversial. Helicobacter pylori infection is a worldwide infection that is commonly acquired during childhood. Aim of study: To detect the association between recurrent abdominal pain and Helicobacter pylori infection in children between (3-13) years. Patients and methods A hospital base case control study conducted in Alzahraa teaching hospital for maternity and children between first of November 2014 to 28th of February 2015.Thirty three children ranging between (3- 13) years old with mean age ± SD (7.94 ± 2.51) years complaining from recurrent abdominal pain were studied. Patients were classified into three groups according to the age: group A (3patients) whom their age (3-5) years, constituent of group B (25 patients) whom their age ranged (5-10) years, and group C (5 patients) whom their age ranged (10-13) years. Control group consist of 35 healthy children with mean age ± SD (6.03 ± 3.79) years. Complete blood count, blood film, screen for celiac disease, general stool examination, urinalysis, erythrocyte sedimentation rate, ultrasound of abdomen, and screen for Helicobacter pylori in blood and stool were done to all patients. Screening for Helicobacter pylori screen in the blood and stool was done for control group. Results: The present study demonstrated that, out of 33 samples of RAP there were 11 positive (33.33%) and 22 were negative for H. pylori (66.67%). while regarding control group, current study demonstrated that out of 35 cases there were 4 cases positive for H. pylori infection, with a statistically significant difference between patients and control group regarding to H. pylori infection (P=0.029). Moreover, current study demonstrated no a significant difference between the percentage of H. pylori infection when compared among different age groups (p=1.000). We found strongly significant correlation (p<0.001) between H. pylori infection and family history of recurrent abdominal pain. Conclusion: We conclude that H. pylori represent an important cause of abdominal pain in children and must be included in RAP work-up.

Recurrent Abdominal Pain (RAP) in pediatrics is defined as three episodes of abdominal pain (at least), during a period of three months and it should be severe enough to affect their daily activities [1].

Prevalence of RAP in school children ranges between (10-20%) [2]. typically the pain is nonspecific although most children describe colicky, periumbilical discomfort, the child is healthy in between these episodes and physical examination is normal [3] .Early studies showed that in only 7% of cases there is an organic cause [4]. Many conditions may cause such pain, such as constipation, abdominal migraine, gastritis and peptic ulcer associated with H. pylori and the irritable bowel syndrome [5].

H. pylori is a negative gram stained rod that produces urease, catalase, and oxidase, which might play a role in the pathogenesis of peptic ulcer disease. It is likely transmitted by feco-oral road [6]. The organism considers as class one carcinogenic [7]. H. pylori is one of the most common bacterial pathogens in human and affect 50% of the world’s population [8].

In pediatrics, infection with H. pylori can present as abdominal pain, vomiting and, less commonly, refractory iron deficiency anemia or failure to thrive. Chronic infection with H. pylori can put the patient in a high risk of having peptic ulcer and gastric malignancies. The relative risk of gastric carcinoma increases about 2.3-8.7 times more in H. pylori infected person when compared to uninfected one [7].

For diagnosis of H. pylori there are a lot of investigations. The selection of suitable one could be depended on availability that tests, presence of well-equipped laboratories, the patient's clinical status and probability of positive and negative tests on different clinical conditions. Diagnostic tests can be classified into invasive (endoscopy) and noninvasive tests [9].

Endoscopy and histology are the gold standard in diagnosis of H. pylori infection. However, many factors may adversely affect the accuracy of histopathology such as the size and location of biopsies, stain used, use of proton pump inhibitor (PPI), use of antibiotics and subjective influence of examining pathologist [10].

Rapid urease test (RUT) is a widely applied invasive investigation for detection of H. pylori infection because it is cheap, fast, easy applicable, highly specific and widely available. The H. pylori urease enzyme convert the urea test reagent to ammonia, causing rise in the pH level and change the color of the pH monitor [11].

Urea Breath Test (UBT) is a reliable investigation with many advantages, such as easy, noninvasive and safe but it is no so accurate in pediatric patients. The urease enzyme of H. pylori hydrolyze the 13C or 14C-labeled urea ingested by the patient is to labeled CO2 in stomach, after that it will be absorbed to blood stream than expelled out of the body by expiration where it can be measured. Despite that UBT can be adversely affected by many factors such as patient, bacteria and the test itself, the UBT have 95% sensitivity and specificity when conducted under standard steps [14].

Stool antigen tests (SATs) are noninvasive diagnostic modules for H. pylori infection. There are two types of SATs, enzyme immunoassay (EIA) and Immune Chromatography (ICA). It is cheap, widely available and used for both primary diagnoses as well as for the assessment of eradication therapy. ICA-based tests do not need particular equipment so it is widely used developing countries [15].

A lot of serological investigations used in H pylori infection workup. They are based on the detection of anti-H. pylori IgG antibody. It is highly reliable in detection of H. pylori infection in children. The other advantage of serological test is that the result of Antibody-based tests is not affected by ulcer bleeding, gastric atrophy as well as the use of PPI or antibiotics, which cause false negative results in other invasive or noninvasive tests [16].

To detect the association of H. pylori infection in children (3-13) years with recurrent abdominal pain.

A hospital based Case control study was conducted on 33 patients at Al Zhraa teaching hospital for maternity and children for 4 months duration from first of November 2014 to the end of February 2015. Their age ranged from 3 to 13 years with mean age ± SD (7.94 ± 2.51) years. They were complaining from at least three episodes of abdominal pain during three months period and sever enough to affect their activity (Figure 1). 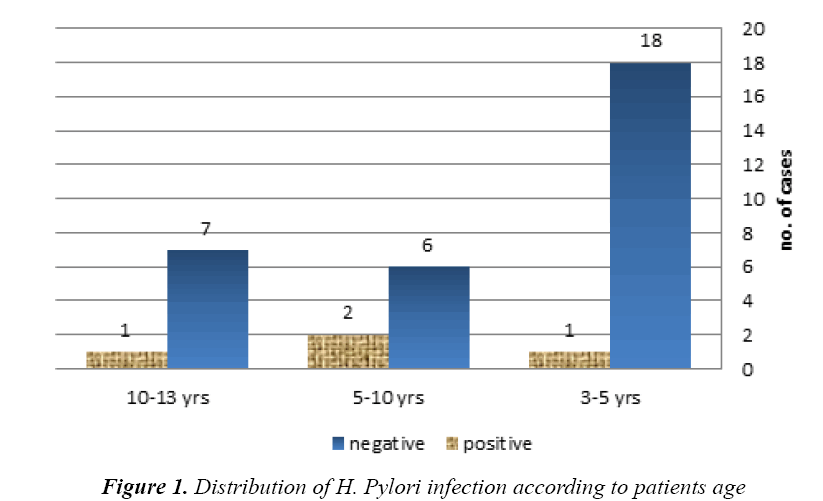 Figure 1: Distribution of H. pylori infection according to patients age

Detailed history and clinical examination were done for all 33 patients which include:

(A) Age, gender, residence, water supply, duration of abdominal pain, associated symptoms like vomiting and diarrhea, family history of RAP in first degree relative, and if abdominal pain affect the daily activity of the child.

(C) Screen of H. pylori in blood and stool were done to both patient and control groups.

ABON-Blopharm company one step H. pylori test device which is a rapid chromatographic immunoassay for qualitative detection of antibodies to H .pylori in serum was used according to manufacture instructions. The sensitivity of this test is 89.9-98.9 and specificity is 66.9- 83.4.

All the patients guard was informed about the nature of the study and verbal consent was taken according to policy of ethical committee in our research center (Figure 2). 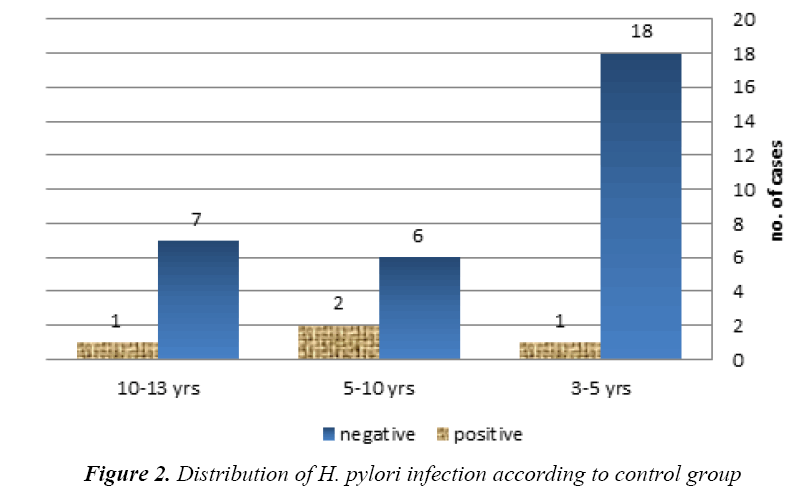 Figure 2: Distribution of H. pylori infection according to control group

Data were collected by excel from Microsoft office 2010 and analyzed by SPSS version 20 from IBM. Number, percent and mean+SD were used to express the numeric variables. Chi-square test was used to study association between numerical variables. P-value was considered significant when it was less than or equal to 0.05.

Thirty three samples from patients with RAP were collected when they attended Al-Zahraa teaching hospital, at the same time about 35 samples from apparently healthy children were collected as a control. Mean age for both patients and control were (7.94 ± 2.51, 6.03 ± 3.79), respectively. Moreover when these samples were distributed according to (Residency, source of water supply, gender and family history of RAP) as shown in Table 1-3.

Table 2: Show number and percentage of positive cases for H. pylori in control group and patients

Since, current study demonstrated that there were 11 out of 33patients with RAP were found to be positive for H. pylori in the stool, and 22 were negative (33.33%, 66.67% respectively; P=0.029). Thus, current result open the way to find out other possible causes for RAP, in most cases the causes can be identified-organic causes [17,18]. But differ from other studies which mention the non-organic causes for RAP were the commonest one [1]. Moreover a study done by Malfertheiner et al. [19] they found that RAP is not an indication for H. pylori in children.

Several studies demonstrate that the incidence of H. pylori infection is more common in patients less than 6 years old [24-26]. And this percentage was decreased with increasing age of children in reverses correlation pattern [26]. But this is not the situation in our study when positive and negative cases for H. pylori were analyzed against patient age groups (3-5 years old, 5-10 years old and 10-13 years old), we found the rate or percentage of H. pylori infection among three groups about to be similar (32%, 33.3% and 40%, respectively). Thus, no significant differences between them. This difference could be belonging to small sample size.

Regarding for residency (urban vs. rural), gender (male vs. female) and nature of water supply (tap vs. bottle), current study showed no any significant effects for these factors on the chance of infection with H. pylori (P=1.00, 0.250, 0.458, respectively), so this result came in agreement and support previous study done by Shaker et al. [24] who found similar results. Other study also found that sex was not affecting characteristic for H. pylori infection [27,28].

We have found a significant correlation between Family history of RAP and infection with H. pylori (P<0.001). Same correlation was found in Sonny et al. [29]. This is because the mode of H. pylori transmission is fecal-oral. Thus, their first degree relative will be at high risk of infection.

Moreover, regarding to some clinical manifestation (vomiting, and diarrhea). The present study did not found any significant correlation between these parameters and H. pylori infection (P=0.292, P=0.452, respectively). However, this result came in agreement or supported by a previously conducted studies which demonstrated a RAP with or without vomiting as a common manifestation of H. pylori infection in children [30]. Moreover, another study done by Mohammed et al. [31] show that, abdominal pain with or without diarrhea or vomiting was the most important complaint that has significant association with H. pylori infection.

We conclude that H. pylori infection represent an important cause of recurrent abdominal pain in children and must be included to RAP workup.

1. We recommend using more advanced and sensitive methods for diagnosis of H. pylori such as PCR.

2. Conducting similar study based on large number of patients.

3. The eradication therapy should be started to all asymptomatic persons with positive H. pylori result.

I would like to thank Dr. Ali Abid Abojassim members of Physic Department, Faculty of Science, University of Kufa for cooperation in this work.