The Role of Endorphins in Pain Management: What We All need to Know.

Department of Medicine and Health

Citation: Alisah A.The role of endorphins in pain management: What we all need to know. Anaesthesiol Clin Sci Res. 2022;6(6):126

This article's goal is to provide a quick overview of our current knowledge of endorphins, in particular beta-endorphins, and also how they relate to the practise of surgery. Neuropeptides known as beta-endorphins are engaged in pain management, have effects similar to morphine, and are implicated in natural reward circuits including feeding, drinking, sex, and maternal behaviour. Their use in surgery is primarily based on how they help manage pain.

The anterior pituitary gland is where beta-endorphins are largely produced and stored from their precursor protein proopiomelanocortin (POMC). T-lymphocytes, B-lymphocytes, monocytes, and macrophages have all been demonstrated to contain endorphins during inflammation, and recent studies suggest that immune system cells are also capable of producing beta-endorphins. This is because immune cells have been shown to have mRNA transcripts for POMC3 and to possess POMC3 themselves. In order to create smaller proteins like beta-endorphin, alpha-melanocyte stimulating hormone (MSH), adrenocorticotropin (ACTH), and others, the big protein POMC is cleaved. When the hypothalamus sends a signal, corticotropin-releasing hormone, the pituitary gland produces POMC in response (CRH). In reaction to physiological stressors like pain, such as in the postoperative phase, the hypothalamus releases CRH. Overproduction of the recombinant proteins of POMC cleavage inhibits hypothalamic CRH production[1].

Beta-endorphins are opioid agonists that bind to opioid receptors at both pre- and post-synaptic nerve terminals in the peripheral nervous system (PNS), principally acting through presynaptic binding. When bound, a series of interactions stop tachykinins from releasing, especially substance P, a crucial protein in the transmission of pain. Mu-opioid receptors have been found in the central terminals of primary afferent neurons, peripheral sensory nerve fibres, and dorsal root ganglia in the PNS. These receptors are distributed throughout peripheral nerves[2].

Similar to mu-opioid receptors, beta-endorphins bind mu-opioid receptors in the central nervous system and function primarily at presynaptic nerve terminals. However, they exert their analgesic action by preventing the release of GABA, an inhibitory neurotransmitter, which causes an increase in the production of dopamine instead of by inhibiting substance P. Dopamine and pleasure go hand in hand. The CNS's descending pain regulation circuits, which include the amygdala, mesencephalic reticular formation, periaqueductal grey matter (PAG), and rostral ventral medulla, have the highest concentrations of mu-opioid receptors[3].

Surgery and the Function of Beta Endorphins

Drugs containing opioids are frequently prescribed throughout the healing process. These drugs work by simulating endorphins in the body and binding to mu-opioid receptors in the CNS and PNS with varying degrees of selectivity. A beta-phenyl ethylamine group, which is the molecule that binds the opioid receptor, is shared to do this. Exogenous opioids used acutely prevent the body from producing its own opiates. During surgery, beta-endorphin levels have been found to significantly increase in patients under general anaesthetic. Co-administration of fentanyl significantly prevented this rise. Similar investigations by Hargreaves et al. demonstrated elevated plasma beta-endorphin levels both during and after dental surgery in patients who received only local anaesthetic. However, plasma beta-endorphin levels were considerably decreased when fentanyl was also delivered. It should be noted that individuals who received fentanyl along with their anaesthesia experienced less pain[4].

Exogenous opioids used acutely prevent the body from producing its own opiates. The synthesis of endogenous opiates and mu-opioid receptors is inhibited by the chronic injection of exogenous opioids. Patients undergoing surgery may occasionally need long-term pain management. However, there are significant hazards of opioid induced hyperalgesia (OIH), tolerance, and addiction associated with the prolonged administration of opioid analgesics. These anti-opioid peptides are considered to work by attaching to mu receptors, which reduces the receptors' affinities for endorphins and related opioids. It takes time for the generation of anti-opioid peptides as well as the down regulation of endorphins and mu receptors to take place[5].

The pituitary gland produces beta-endorphins, which are proteins, in reaction to physiological stimuli like pain. When attached to their mu-opioid receptors, they work through a variety of pathways in both the central and peripheral neural systems to relieve pain. Opioid drugs work by imitating natural endorphins and competing with them for receptor binding. Exogenous opiates prevent the synthesis of endogenous opiates in the acute context, but they also prevent the synthesis of mu-opioid receptors in the chronic setting. Chronic opiate use carries risks such as opioid-induced hyperalgesia, tolerance, and addiction. In order to provide patients with the most effective pain management with the fewest risks, we aspire to better understand the interplay between beta-endorphins and non-opioid pain relievers in the future. 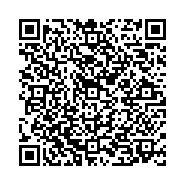