The role of CSF-CRP in diffrentation between bacterial from nonbacterial meningitis.

Meningitis is one of the serious infections interrelated with remarkable morbidity and mortality (1%-8%) all over the world [1,2]. The definite meningitis incidence in infants and children is not known; anyhow meningitis diagnosis should be express as greatest differential criteria in newborn with change in consciousness level and high fever [3]. Even though viral infection was recorded more than other microbial meningitis bacterial infection is a more serious condition all over the world, especially in developing countries [4-7].

Antimicrobial treatment has large effect on neurologic problems and survival; so early diagnosis of viral from bacterial meningitis or meningoencephalitis is significant for relevant therapy, elimination the resistance to anti-microbial and obtain good results [1,8]. There’re some troubles in viral and bacterial meningitis diagnosis by using usual lab investigations, especially in children like low sensitivity, time taking lab process and change in protein and glucose levels and also cells amount of cerebrospinal fluids due to incorrect and incompetent antibiotic treatment [8,9]. Latex agglutinations are sensitive and fast way for meningitis diagnosis but it’s not routinely used in developing countries [10]. Measuring blood cell count, inflammatory marker, and blood culture were regarded the standard way in diagnosis of bacterial meningitis [11,12]. There’re few biochemical indices in CSF that important in bacterial infection diagnosis like lactate dehydrogenase, lactate, ferritin, c-reactive protein, and cytokines [9,13]. Also lactate of CSF is a possible marker for bacterial meningitis diagnosis but less beneficial if it has low concentration [14].

Broadly speaking we need simple and all inclusive test for the early diagnosis of bacterial meningitis [15]. For ages ago, serum CRP was used to distinguish between viral and bacterial infections in developed countries [16]. Now a days, it has been recommended that measurements of CSF-CRP is dependable, simple and sensitive test for accurate meningitis diagnosis [15,17,18] but it is not a substitute for examination of CSF cytology, biochemistry and culture [15].

In a study by Bansal to approximate CSF-CRP level quantifiably in 121 children with meningitis by immune turbidimetry methods, was achieved that CSF-CRP is a beneficial test to distinguish bacterial meningitis from viral meningitis, tubercular meningoencephalitis and other non-meningitis CNS problems. Also finding of CSFCRP is useful in choosing of correct drugs and the period of therapy [15]. A study by Kalpana, shows that CSF-CRP screening allowed results with a bigger specifically than CRP of blood,so, it can be helpful test used with CSF biochemistry, microbiology and cytology, biochemistry, for diagnoses of meningitis [19].

In study by Bengershom don on children with suspected meningitis, CSF-CRP level close off was obtained as 0.4 mg/L and the specificity and sensitivity and values were 100% and 94%, respectively [20]. Aim of the study was evaluated the diagnostic values of CSF-CRP in patients with bacterial meningitis, and its importance in the differentiation between bacterial and non-bacterial meningitis.

A cross sectional study of patients with age group of (older 1 to 60 months) with suspicion of acute meningitis entered to teaching Hospital in Al-Hilla city in period from September 2019 to January 2020, the demographic and clinical characteristics of patients were recorded on admission. Focused on clinical history and physical examination, those with highly suspicion of acute meningitis were included in the study, those with neurodevelopmental diseases, cerebral palsy, epilepsy, nonspecific febrile illness, malignancy and those with systemic disease rather than CNS were excluded from the study in addition to neonate also excluded. Rapidly after admission, patients were exposed to the followings:

•Blood sampling were collected for blood glucose, CBC; was carry out by Sysmex automated hematology analyzer (KX-21N) sysmex corporation KOBE-JAPAN-Serum CRP; which was identified by enzymatic heterogeneous sandwich immunoassay it is a latex agglutination exam for qualitative and semi- quantitative identification of CRP in serum.

About 0.5 ml from CSF collected in tube then in deep freezer about (-20°C)to time of evaluation. CSF sampling was evaluated for CRP by simple Ag-Ab precipitation tests, latex slide agglutination way with the help of financially obtainable kit produced by Salucea, Span diagnostics. The qualitative and semi quantitative test was performed on the collected sampling by blending CSF drop with drop of latex reagent on a slide and both were blended softly. The deposition of clear agglutination within 2 minutes indicate positive test and CSF-CRP concentration more than 6 mg\l, then CSF diluted (1:2 ect, 1:4 ect, 1:8 ect) in 0.9g\L saline fluid and add one drop of positive control.

The CSF-CRP titer can considered as the biggest dilutions showing a positive result. The estimated CRP level(mg\l) found in the sample can be calculated by the equation:

No agglutination considered negative test in values less than 6 mg\l. Depending on leukocyte count in CSF analysis, the patients were divided into two groups: Group I (29 patients) have more leukocytes count in CSF (100-1000\mm3) especially PMN of higher than 50%, level of CSF glucose lower than 2/3 blood glucose and level of CSF protein of 100-500 mg\dl, suggested bacterial meningitis and Group II (16 patients) with CSF pleocytosis of lower than 100/mm3 with lymphocytes predominant, level of protein 50-200 mg/dl and normal glucose suggested non-bacterial meningitis.

Data were entered, checked and analyzed using version 20.0 SPSS (Statistical Package for the Social Sciences, Chicago, IL), data were expressed as percentage and number for qualitative variables and mean ± standard deviation for quantitative ones. P~0.05 was considered significant.

The clinical and demographic features of the studied patients were re summarized in Table1 and shows that, total number of included patients was 45 cases, 26 were males and 19 were females their age was ranging from 1momth to 60 months mean of age was 18.78. Clinical presentation of patients at time of admission, most included patients had fever (95.5%), convulsions (73.3) and vomiting (93.3%) as shown in Table 1.

Table 2. CSF and blood finding of all included patients.

Distribution of clinical features, age and gender of both bacterial and non-bacterial meningitis also show in Table 3.

Table 3. Characteristics and clinical features of bacterial and non-bacterial patients.

Table 4. Categorization of the studied patients to bacterial and non- bacterial meningitis according to CSF parameters.

Table 5. Categorization of patients according to blood parameters. Figure 2: CSF and blood parameter in patients with bacterial and non-bacterial meningitis.

There are positive relationships between CSF-CRP, TLC and serum CRP especially in suspected bacterial meningitis group as show by Table 7.

Table 7. Distribution of CSF and blood parameter in patients with bacterial and non-bacterial meningitis.

Our comparison between serum CRP, WBC count and CSF-CRP in the studied patients revealed that CSF-CRP had higher sensitivity, specificity, negative and positive predictive value than serum CRP and WBC count for bacterial meningitis diagnosis as show in Table 8 and Figure 3.

Table 8. Validity tests of WBC, serum CRP and CSF-CRP for diagnosis of meningitis. Figure 3: Diagnostic accuracy of WBC, serum CRP and CSFCRP in diagnosis of meningitis.

Meningitis cause is still a problem as the biochemical and clinical features is usually beclouded due to prior antibiotic abuse. It became difficult to separate the organism from CSF or blood. However, culture of CSF is positive in 30%–60% of cases only, according to many studies. In many areas, facilities to isolate CSF or blood organisms is deficient and, if it is founds, it takes long time for culture results [9].

There is no rapid and precise test to diagnose the Cause of meningitis.No definite interpretation of CRP emigration to CSF was accessible in the literatures. CSF-CRP absorption was lesser than that of serum in several folds. This difference was interpreted by direct CRP liver excretions into serum which then go through ultra-filtration to form CSF concentrate. Circulating of serum globulin and albumin through affected meninges was explained and it shows possible that CRP may pass from plasma to CSF in a same way. In bacterial meningitis the major cell were polymorph missing the site of attachment of CRP molecule in the affected tissue privilege more CRP to-gathered in the CSF which identified by CRP test [21]. The reality was noticed in our study in suspicion of meningitis who consequently shows noticeable CSF-CRP should be announced as bacterial meningitis.

It was recommended that CSF-CRP need to be available in the emergency lab to be used in early differentiation between bacterial and non-bacterial meningitis.

CSF-CRP was estimated by semi quantitative methods. Therefore, the exact values of CRP could not be detected. With good laboratory facilities detection of the precise CRP level could decline our study limitation. 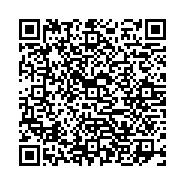