The concept of public health in Nepal is not new for this period but the government initiation in the areas of public health is still dearth due to the lack of public health act and its low priority. The health status is measured in terms of the disease indicators in both public and private sectors but should be measured in the perspective of positive health indicators. Country had gained the dramatic progress in the health issues but the rapid civilization and globalization process the country is becoming the victim of triple burden diseases as a consequence of the epidemiological alteration, lifestyle and climatic condition as well as social environment, and there is the opportunity and challenges of new federalism to address the those issues. The government should create space to the public health professionals in every federal structure as a focal person for planning, executing and evaluation of the public health programs and activities for the significant progress to overcome the health issues. The policies, plans, programs, activities and infrastructure establishment should be oriented to maintain and promote the health status before the disease condition (rather than treatment). The future action of nation is to take the public health in a high priority as a collaborative approach and fill the human resource gap, emphasis on political accountability and good governance, tackle the inequalities and improve the access of quality care specially remote area, promotion and improvement in infrastructure, water supply and sanitation as well as innovation and research.

The concept of public health is not new for this period which is historically practiced and conceptualized but not well established system as like as present. The major public health problems like smallpox, poliomyelitis, cholera, diarrhea, pneumonia, leprosy, malaria as well as high maternal mortality and child mortality were the leading causes of mortality and disease burden in the country before and during the mid-19th century due to the in-adequate public health infrastructure, illiteracy and low government priority concern [1]. During the 20th and 21st century, country had gained the dramatic progress in the health issues but there needs to do more things. The new federal structure would be an opportunity as well as challenges for the enforcement of public health activities.

The Nepal is low income country with a GDP per capita US dollar 1276 and HDI 0.46. There are 0.17 physician per 1000 population and 0.51 nurses and midwives per 1000 population in the country [2]. Only very nominal public health professionals and public health specialists are engaging in the country. The government initiation in the areas of public health is still dearth because the public health act is not developed till this date and no separate supreme body for performing the public health services and activities in the country. The curative health services are in high priority of government rather than the promotive, preventive, protective and controlling health services. Around 5% of total budget is allocated in the health sector and out of this; most of the budget is allocated for the development of hospitals. The health status is measured in terms of the disease indicators in both public and private sectors but should be measured in the perspective of positive health indicators. Around the 1972, some of the initiation had operationalized and integrated by the government due to which the country is able to eradicate the smallpox and some diseases are in eliminating stage and some are in the controlling stage. But due to the rapid civilization and globalization process the country is also victimize of the triple burden of the diseases as a consequence of the epidemiological alteration, lifestyle and other climatic transition as well as social environment. The policy and plans for the non-communicable diseases is still in the shadow of government because there is not well established mechanism for the recording and reporting as well as the regulatory body.

The death caused by NCDs is 42% in Nepal (Sudedi, 2007). The major contributing factors for the disease burden are behavioral health risk factors (tobacco use, excessive alcohol consumption, inadequate nutritious food consumption, and insufficient physical movement), bio-physiological health risk factors (overweight & obesity, high blood pressure, abnormal blood lipid, impaired fasting glucose) and environmental health risk factors (contaminated water, polluted air, improper disposal of excreta/waste, ergonomics, climate change features). Nowa- days it is believed that the tobacco and alcohol consumption is considered as the outbreaks in the country. According to the WHO STEPS survey 2013, the prevalence of smoking is 18.5% and alcohol prevalence is 17.4% [4].

In-adequate plans, policies and programs over the underlying social factors (health in-equalities in social, economic and political aspects) are other major constraints of health which has been acknowledged as an evident catastrophe of public health.

Public health activities aim to provide conditions in which people can be healthy and focus on entire populations for the prevention and control of risk factors, diseases and injuries through organized community efforts and efficiency [5]. Although, the government role and responsibility inevitable to overcome these issues by ensuring the provision of access and equity of the quality health. There needs to be emphasis on the adequate local public health infrastructure according to the new federal structure, promote healthy communities and healthy behaviors, prevent the spread of communicable diseases, protect against environmental health hazards, prepare for and respond to emergencies and assure the health service [6]. The principles of primary health care marked at Alma-Ata conference and SDGs should take in special consideration for the tackling the public health challenges. The government role and responsibility in the public health area goes beyond the health sectors.

The ministry of health has the crucial role for the development and guiding the public health system in Nepal.

The Health Management Information System (HMIS) should strengthen and updated in timely. The recording and reporting system should strengthen by adding the NCDs, mental health, occupational health and other health risk factors. The successful public health outcomes are possible due to the regulation and enforcement of public health laws by the government. The community based health education and promotion activities and programs should take in special consideration. Nepal is only one country in the world for the production of bachelor level manpower in public health field. Various universities and institutions are engaging in the production of human resource and capacity build-up although there are limited institutions for the production of top level public health professionals in Nepal.

The community concern and government focus as well as investment is directed towards the establishment of the sophisticated hospitals and health facilities expansively in order to treatment of disease (improve the health status) which is not scientific in the perspective of maintaining and promoting health status, preventing and protecting the disease because those hospitals and health facilities are essential after the disease progression. But the policies, plans, programs, activities and infrastructure establishment should be oriented to maintain and promote the health status before the disease condition rather than treatment. So, the community and government both should develop the visionary plan and taking the public health in high priority and emphasis laid on enforcement of the public health act, healthy public policies and establishment of public health hospital e.g. comprehensive well equipped public health center/clinics (physical exercise, swimming pool, yoga center, counseling center, musical center, promotive and protective health centers, public health departmental stores etc.) at national as well as federal structure and local level.

The state and community are facing the distinct issues that overwhelming the health and well-being of population. The social determinants of health and economic issues must be based on good governance. The various short terms, mid-term and long term health plan, integration of the health programs, adoption of AlmaAta conference 1978, health for all by 2000, national health policy 1991 and its update in 2071(2014) and 2074 (2017), EPI program routinely implementation, adoption of MDGs and endorsement of WHO FCTC in 2003 were a glorious past, but the future of a healthy Nepal relies in mainstreaming the public health agenda in the framework of sustainable development goal according to the new federal structure. The future action of nation is to take the public health in a high priority and fill the human resource gap, emphasis on political accountability and good governance, tackle the inequalities and improve the access of quality care specially remote area, promotion and improvement in infrastructure, water supply and sanitation as well as innovation and research.

I would like to acknowledge to all the teachers and colleagues for their inspiration and kind support for developing this review article. A sincere thanks goes to my father Mr. Binod kumar Rana who inspired, seconded and emboldened me in every step of my career. 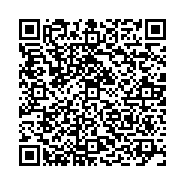