The morfometrical and morphological analysis of the acromion with Multidetector Computerized Tomography.

Subacromial compression is a clinical condition which appears due to compression of supraspinatus tendon in the subacromial space and causes severe shoulder pain. If subacromial compressions are not treated, this results with rotator cuff ruptures. One of the most important factors for appearance of subacromial compression syndrome and rotaror cuff ruptures is the morphology of acromion. We planned this study as our data would help for differential diagnosis and orthopedics during surgical treatment. This study was conducted on 73 patients (30 females-43 males). For morphometric assessment of the acromion, acromion width (AW), acromion length (AL) and the distance between the acromion and coracoid process (A-CP) were measured. We found in 55 (37%) subjects with flat acromion which is known as Type I, in 71 (48.7%) subjects with curved acromion which is known Type II and in 20 (13.7%) subjects with hooked acromion which is known as Type III. To know anatomic details and variations of the region is important for diagnosis and treatment. Furthermore, we think that our study is useful for creation of statistical and reference information of Turkish community.

Scapula has three processes including spina scapula, coracoid process and acromion. Acromion is on the posterior side of the scapula as an widening and flattening extension of the osseous process called spina scapulae to the lateral side. The coronoid shaped process on the superior side of glenoideal cavity is called corcoid process [1]. The area between acromion, coracoid process and coracoacromial ligament which extends among these two processes is called coracoacromial space [2].

This study was conducted on 73 patients (30 females-43 males) who have referred to Radiology Department of Mevlana University, faculty of Medicine for computed tomography (CT), did not have any shoulder disase, in 2013. Images were obtained from the patients whose scapulas could be imaged completely through multidetector computed tomography (MDCT). Totally 146 scapulas including 73 right and 73 left scapulae were examined. Average age of female individuals included into the study was 59.26 (29-87) and age average of male individuals included into the study was 55.25 (28-85).

During the first stage of the study, patients who have referred to the hospital before and whose thoracic images have been obtained through 64 slices MDCT (Siemens Somatom Sensation, Erlanger, Germany, 2005) were detected. Among these patients, full scapula images were detected and images on sagittal, coronal and axial planes were determined and a morphological assessment was performed. Acromion typing of all samples were done. For morphometric assessment of the acromion, acromion width (AW), acromion length (AL) and the distance between the acromion and coracoid process (A-CP) were measured. The widest distance where long edges of the acromion are paralel to each other was measured as AW and the widest distance between short edges was measured as AL. The shortest distance between anterior edge of the acromion and coracoid process was recorded as A-CP.

Average of the data obtained was calculated individually on the right and the left for both genders and statistically significance of the difference between the averages was detected by using T test.

In our study, after morphological analysis we observed three diffent acromion type which has reported in previously conducted study. We found in 55 (37%) subjects with flat acromion which is known as Type I (Figure 1), in 71 (48.7%) subjects with curved acromion 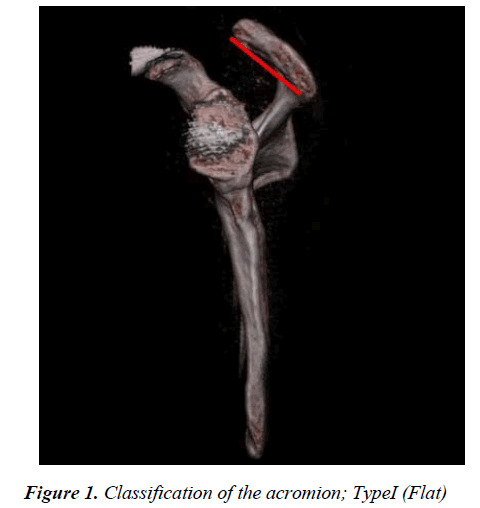 which is known Type II (Figure 2) and in 20 (13.7%) subjects with hooked acromion which is known as Type III (Figure 3). Morphological classification of the acromion according to gender and lateralization is given with all details in Table 1. 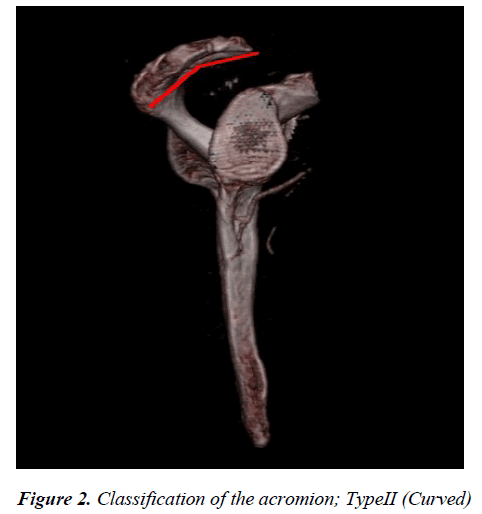 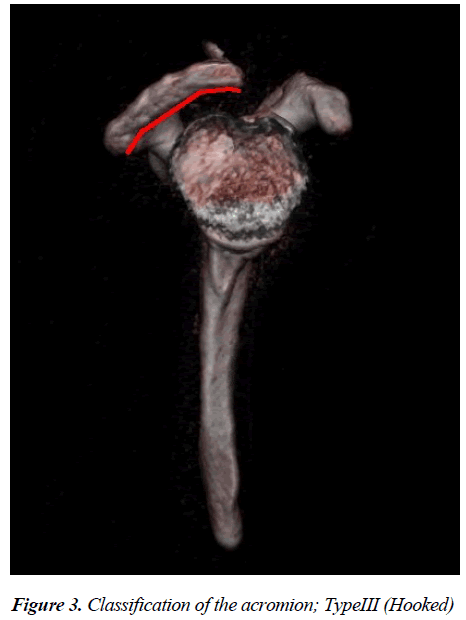 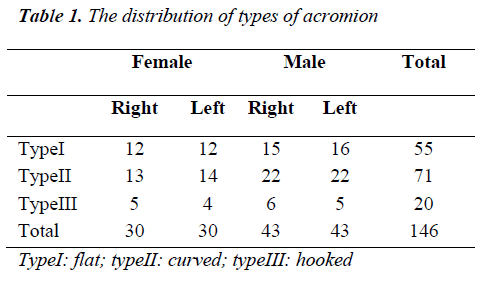 Table 1: The distribution of types of acromion. 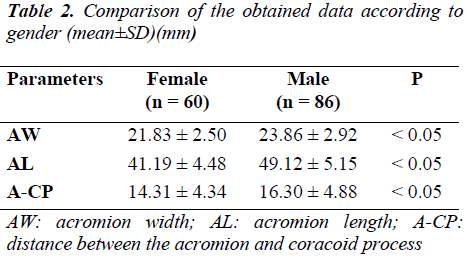 Table 2: Comparison of the obtained data according to gender (mean±SD)(mm). 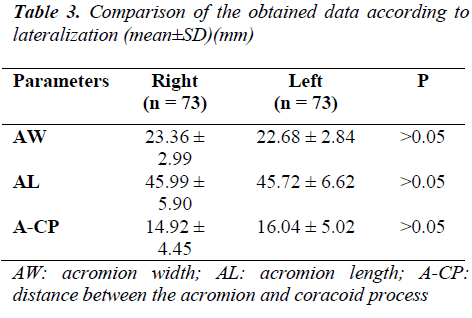 Table 3: Comparison of the obtained data according to lateralization (mean±SD)(mm).

Tendinitis which occurs as a result of compression of rotator cuff tendons under coracoacromial arc is one of the most common causes of shoulder pain. Supraspinatus tendon may be compressed by humerus head and coracoacromial arc during shoulder joint elevation. One of the important etiological factors for appearance of this syndrome is morphological modifications in the acromion [2]. Researches conducted reveals the relation between acromion morphology and subacromial compression syndrome and rotator cuff ruptures which causes shoulder pain [4,7-10]. The slope on the acromion end compresses on the supraspinatus tendon and the purpose of the surgery is to widen supraspinatus exit by obtaining a flat area [11].

Rotator cuff adheres onto the humerus by passing from the narrow gap between the humerus head and coracoacromial arc. Any kind of mechanical factors narrowing the supraspinatus exit causes friction and abrasion on the tendon [3]. Coracoacromial distance is an important factor to understand etiology of shoulder pains. Wide gap decreases the risk of pain due to this region [1]. Narrower gap causes more risk for occurrence of rotator cuff ruptures [6]. In the study of Ünal et al. [16], coracoacromial distance was recorded as 21.4 mm in the narrowest place and as 33.3 mm in the widest place. Collıpal et al. [7] have reported this distance as 39.76 ± 5.2 mm on the right and 39.55 ± 5.4 mm on the left and they have mentioned that the difference between two sides are not statistically significant. Alpyörük Taşer et al. [1], have reported coracoacromial distance as 30.8 ± 4.5 mm in female patients and 35.5 ± 3.7 mm in male patients. The difference between the genders is statistically significant. In our study, the narrowest distance between acromion and coracoid process was detected as 14.31 ± 4.34 mm in females and 16.30 ± 4.88 mm in males. We believe that the cause for lower values detected in our study when compared with the values in the literature is due to the measurement from the narrowest site of coracoacromial distance. Furthermore, since our findings are close to those detected by Ünal et al. [16], this narrow distance may be a characterictics of Turkish community.

Because deltoid adherence site is completely preserved in acromioplasty surgery which creates basic philosophy of arthroscopic subacromial decompression, it is more advantageous than open techniques [11]. To know anatomic details and variations of the region is important for diagnosis and treatment. Furthermore, to recognize that important parameters of the region may change according to the race, gender and lateralization will significantly increase the surgical achievement. Therefore, we believe that data that we revealed would be useful for orthopedists in differential diagnosis and surgical interventions of shoulder pains. Furthermore, we think that our study is useful for creation of statistical and reference information of Turkish community.