The Importance of Population Genetics in the Research of Complicated Diseases: Risk and its Ramifications.

Genetic-association is a prominent word in the biomedical databases appearing in more than one million of publications. This keyword is one of the most used to find phenotype genotype associations, identifying risk variants that could be used as biomarkers in complex diseases. Nonetheless, this word does not necessarily imply a real association, given that the human populations, as other ones, are dynamic and consequently, an important rate of statistical errors is generated. This situation is not only reflected in the classical case-control genetic association studies. Certainly, the genome-wide association studies, as well as the whole exome sequence, are susceptible of false associations [1].

Latino/Hispanic and African-American groups display a complicated genetic architecture due to the inequalities in the ancestral background of populations from which they emerged. Ancestry informative markers, Bayesian inferences of a number of subpopulations, hierarchical clustering, and ancestry matching are crucial techniques to reduce the bias induced by the population heterogeneity and the inflated findings.

Latino/Hispanic and African-American groups display a complicated genetic architecture due to the inequalities in the ancestral background of populations from which they emerged. Ancestry informative markers, Bayesian inferences of a number of subpopulations, hierarchical clustering, and ancestry matching are crucial techniques to reduce the bias induced by the population heterogeneity and the goal of identifying susceptibility biomarkers to medicine practise ranges from traditional case control research, where gene frequencies between healthy and non-healthy groups are compared, to next-generation sequence (NGS) methodologies. In the preceding decade, genomewide association studies (GWAS) have made a significant contribution to the linking of polymorphisms with disease features. Whole-exome sequencing (WES) techniques have lately been utilised to uncover rare changes that are linked to the likelihood of developing specific diseases genetically. Despite this, the outcomes have been inconsistent among populations. Statistical models have been devised to control false discovery rates and promote good publication standards in order to avoid spurious connections. In general, these techniques presume that individuals have a homogeneous ancestral background and that they assort at random inflated findings [2].

The genetic architecture, which is especially important in ethnically varied populations like Latinos/Hispanos and African- Americans, is one of the most notable confounding factors in phenotype-genotype correlations. Admixture communities are a despaired blend of historically disparate parental populations, with distinct strata exhibiting dissimilar ancestry proportions and, as a result, variable allele frequency patterns. As a result, the genomes of individuals in an admixture community are not homogeneous, with sex, socioeconomic class, and educational level influencing them. Similarly, given that the youth of admixed populations (10-15 generations), the many subpopulations that make up the entire population are not equally represented, resulting in a high rate of false results. False-positive results, on the other hand, can be discovered using several tests based on population genetic statistical models.

Strengthening the Reporting of Genetic Association Research (STREGA) is a guide to improving the quality control of genetic association studies, and it's also a useful tool in NGS. STREGA declarations recommend determining genetic structure and the Hardy-Weinberg equilibrium (HWE), among 22 other parameters, as well as some ways for adjusting for confounding effects connected to the genetic architecture of the population under study. HWE, an important statistical model for genetic data analysis, improves data quality by reducing skew induced by various population characteristics. Because this model implies random mating, deviations from it can reflect a variety of scenarios, including gene flow, assortative mating, and population stratification.

All of these circumstances resulted in Hardy-Weinberg departures (HWD), which were mostly induced by heterozygous excess (Fis0). This trait has also been linked to genotyping errors linked to selection bias. In addition to detecting longrate haplotypes, HWD revealed issues related to uncover or lowcoverage areas, an overabundance of tandem repeat polymorphisms, and segmental duplications.

Conversely, homozygous excess (Fis>0) is linked to inbreeding and the presence of null alleles in populations. As a result of this simple equation, our data, and hence our conclusions, are particularly prone to misunderstanding due to type I and type II statistical mistakes. On the other hand, because the ancestral background and illness risk are not equilibrated throughout populations, ancestry variation among sub-populations that conform to an admixed one can also produce misleading relationships. 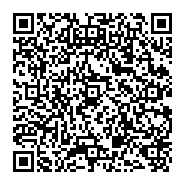