Methods: The study included 124 patients who were selected in the cardiology department of the Second Affiliated Hospital of Shandong University with a diagnosis of NSTE-ACS. Patients were randomly divided into three groups: group A (n=40) was given conservative anticoagulation/antiplatelet therapy; group B (n=44) was given low-dose TMZ (20 mg/d); and group C (n=40) was given high-dose TMZ (60 mg/d) with conservative therapy for 3 weeks. High-sensitivity C reactive protein (hs-CRP), N-terminal pro-B-type natriuretic peptide (NT-pro-BNP), high-sensitivity cardiac troponin T (hs-cTnT) and plasma lipid levels were measured before and after onset. Adverse reactions were recorded.

Conclusion: The application of trimetazidine significantly inhibited the inflammatory reaction process and effectively protected the myocardium in NSTE-ACS patients, which was indicated by the suppression of hs-CRP, pro-B-type, hs-cTnT and plasma lipid levels. Our tests also preliminarily revealed that cardiovascular biomarkers (hs-CRP, pro-B-type, hs-cTnT) were positively correlated with plasma lipid levels during the development and treatment of NSTE-ACS.

Acute Coronary Syndromes (ACS) is a serious type of coronary heart disease and a leading cause of mortality worldwide. The morbidity of ACS is gradually increasing in developing countries, especially China. Non-ST segment elevation acute coronary syndrome (NSTE-ACS) accounts for 90% of all ACS patients. NSTE-ACS patients are often characterized by paroxysmal symptoms, such as chest pain and chest tightness, which may lead to cardiac arrhythmia, heart failure and death [1]. NSTE-ACS is much more common in patients who suffer from hypertension, diabetes, hyperlipidaemia and with a familial inheritance of early onset coronary artery disease [2]. Trimetazidine (TMZ) exerts direct cytoprotective effects in acute myocardial ischemia via the selective inhibition of 3-ketoacyl-CoA thiolase (3-KAT), which promotes the generation of cardiac energy metabolism and a decrease in vascular resistance. TMZ preserves energy metabolism and the necessary ATP levels in ischemic myocardium cells, which reduces myocardial intracellular acidosis and injuries. Therefore, TMZ participates in inflammation regulation and protects ischemic myocytes directly [3]. Recent studies found that TMZ is an effective treatment for ACS, heart failure and the inhibition of inflammatory reaction in addition to ischemic cardiomyopathy and angina pectoris [4].

Several classes of hypolipidaemic agents are successfully used for clinical combined antithrombotic therapy, such as statins and fibrates, but conventional hypolipidaemic statins and fibrates possess side effects, such as severe muscle damage (elevation of transaminase, myopathy rhabdomyolysis and rhabdomyolysis), with long-term use. Many patients with NSTE-ACS fail to fully recover despite intensive therapies with effective drugs and remain at risk of further cardiovascular events [5]. Therefore, different approaches to develop novel therapies are on-going [6,7]. This study investigated serum hs-CRP, pro-B-type, hs-cTnT and plasma lipid levels before and after the onset of TMZ treatment in NSTE-ACS patients and the effect of early interventional treatment with TMZ.

A total of 124 patients who met the above criteria were randomly assigned to three groups. Forty patients in group A were only given conservative therapy, including oral enteric aspirin (200 mg/d), clopidogrel (75 mg/d), isosorbide dinitrate (50 mg/d), and a subcutaneous injection of low-molecular heparin calcium (5000 units/d). 44 patients in group B were given conservative therapy plus 20 mg/d TMZ (SERVIER (Tianjin) Pharmaceutical Co., Ltd. approved by H20055465) QD before dinner. 40 patients in group C were given conventional therapy plus 60 mg/d TMZ (3 × 20 mg), TID before meals. The treatment course of the three groups was 8 weeks, and the effects and adverse reactions were observed.

A total of 124 patients were randomly divided into three groups: group A (control group), group B (low-dose TMZ group) and group C (high-dose TMZ group). Table 1 reports patient characteristics at enrolment. There were no significant differences in general characteristics, such as gender, age, hypertension, diabetes, hyperlipidaemia, smoking, drinking and other risk factors (P>0.05). All patients (n=124) completed the trial.

Changes in hs-CRP, NT-pro-BNP, hs-cTnT levels in the three groups 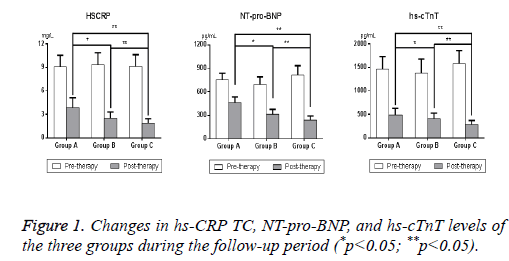 Table 2. Hs-CRP, NT-pro-BNP and hs-cTnT before and after treatment onset.

Changes in LDL-C, HDL-C, and AI levels in the three groups

Table 3. LDL-C, HDL-C, and AI before and after treatment onset.

Similar major adverse events, including headache, diarrhoea, and in appetence, between the three groups were observed (P>0.05). No patients experienced severe cardiovascular adverse events, which indicates that the addition of TMZ to conservative treatment was safe (Table 4).

The pathogenesis of NSTE-ACS is primarily due to the large number of inflammatory cells gathered in coronary artery atheromatous plaques, which contain LDL-C as a lipid core and an outside fibrous cap. Endothelial cells activated by inflammatory factors, which are induced by excessive lipids, and the resulting plaques are unstable or rupture to further induce thrombosis [8,9]. NSTE-ACS patients with multi-vessel coronary arteries frequently present multiple and severe stenosis but not fully occluded infarct-related arteries. Recent studies of NSTE-ACS provide a new understanding of the pathophysiological mechanisms and the development of novel clinical treatment strategies. The medical profession gradually recognized that LDL-C and persistent inflammation play key roles in the development of NSTE-ACS or the formation of atheromatous plaques, and atheromatous plaques are the primary culprit of atherosclerosis and thrombosis [10].

Our clinical observations demonstrated that the addition of TMZ to conservative treatment profoundly down regulated the risk of coronary heart disease, as indicated by the suppression of hs-CRP, NT-proBNP, and hs-cTnT in NSTE-ACS patients. The apparently positive correlation between plasma lipid profiles and cardiovascular biomarkers further illustrates the effect of inflammation and lipid levels in arterial thrombotic diseases. Hs-CRP is synthesized by the liver, and its concentration abruptly increases with acute inflammation following cardiovascular events. Hs-CRP is a prediction factor in cardiovascular events, and it is an important marker in distinguishing low levels of inflammation [11]. Large prospective clinical studies demonstrated that hs-CRP participated in the pathophysiological process of acute cerebral infarction via a variety of mechanisms. The serum hs-CRP level is a sensitive indicator of the clinical disease of atherosclerosis, and it is directly related to the incidence and severity of atherosclerosis and Acute Cerebral Infarction (ACI) [12]. Studies also demonstrate that hs-CRP can be used to evaluate the severity of cardiovascular disease, and an obvious increase during the early stage indicates a poor prognosis [13]. Epidemiological studies demonstrated that patients who exhibit higher hs-CRP levels suffer from acute stroke and myocardial infarction risk that is slightly higher than normal healthy people. [14]. Hs-CRP assays are increasingly used as a marker for infectious disease diagnoses and a prognostic tool in cardiovascular disease, which provides important guidance for clinical diagnosis and the choice of therapy.

B-type Natriuretic Peptide (BNP) is a sensitive index for cardiac function that is synthesized and secreted by the ventricular myocardium. BNP and its cleavage remnant NTproBNP are released in response to increases in volume or pressure and are present in relatively low concentrations in storage granules. NT-proBNP has the advantages of a long elimination half-life compared with BNP, and it is stable in vitro. Hs-cTnT is also recognized as a myocardial damage indicator, and it exhibits high specificity and a positive correlation with risk of death in NSTE-ACS patients [15]. HscTnT is quickly released into the bloodstream after myocardial injury.

Various studies demonstrated that the cardiovascular biomarkers hs-CRP, NT-proBNP, and hs-cTnT are inherently connected in the risk assessment of patients admitted with NSTE-ACS [16-19]. The risk indicators hs-CRP, NT-proBNP, and hs-cTnT generally provide incremental prognostic information after the occurrence of ACS. This study found that hs-CRP was the strongest predictor, followed by NT-proBNP and hs-cTnT. These results may be considered in clinical assessments to stratify the risk of ACS patients.

Our clinical results also suggest that high-dose TMZ exhibits significantly elevated HDL-C and reduced LDL-C and AI (P<0.01), which are important in reducing the possibility of further cardio-cerebrovascular diseases. Our study found that TMZ decreased hs-CRP levels and contributed to the reduction in plasma lipid metabolism levels. These results indicate that the hypolipidaemic effect of TMZ may occur via the decrease in hs-CRP level. 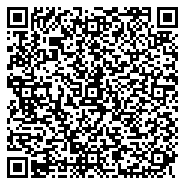