Bronchiectasis (BC) is a chronic pulmonary disease with tremendous morbidity and significant mortality. As pathogen infection has been advocated as a triggering insult in the development of BC, a central role for the immune response in this process seems obvious. Inflammatory cells are present in both the airways as well as the lung parenchyma, and multiple mediators of immune cells including proteases and cytokines or their humoral products are increased locally or in the periphery. Interestingly, a defect in the immune system or suppression of immune response during conditions such as immunodeficiency may well predispose one to the devastating effects of BC. Thus, the outcome of an active immune response as detrimental or protective in the pathogenesis of BC may be dependent on the state of the patient's immunity, the severity of infection, and the magnitude of immune response. Here we reassess the function of the innate and acquired immunity in BC, the major sites of immune response, and the nature of the bioactive mediators. Furthermore, the potential link(s) between an ongoing immune response and structural alterations accompanying the disease and the success of therapies that can modulate the nature and extent of immune response in BC are elaborated upon. Bronchiectasis (BC) is clinically characterized as irreversible dilation of the bronchi and bronchioles, leading to persistent cough, purulent sputum, and decreased airway flow, which can be accompanied by recurrent exacerbations. Disease detection has greatly advanced with the advent of high-resolution computed tomography (HRCT). However, management of the disease and treatment options are not yet fully optimal, and at present there is no disease-modifying treatment available for BC. One major reason for this suboptimal treatment of the disease is the lack of conclusive evidence regarding the underlying cellular and molecular characteristics of BC, especially the role of the immune response. On one hand, multiple hematopoietic cells and their bioactive cellular and humoral products have been detected during expression and persistence of the disease, along with a positive association between BC and a series of chronic inflammatory diseases such as rheumatoid arthritis. On the other hand, a set of immunodeficiency disorders or subtle defects in the generation of a normal immune response have been shown to predispose an individual to development of BC. Although no antigen specificity has been reported in BC, increased lymphocytes have been shown in submucosal and epithelial layers of the airway, as well as increases in specific classes of blood immunoglobulin, which point to the notion that both innate and acquired immunities are implicated in BC. In this report, the influence of the immune response and its secreted products are evaluated in the context of structural modification and clinical manifestations of BC. 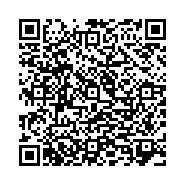