The effects of preoperative smoking cessation on the healing of fractures and postoperative complications: A systematic review and meta-analysis

Introduction: Smoking is a known risk factor for fracture healing and postoperative complications. However, most evidence upon the association between bone healing and smoking was investigated in retrospective studies or laboratory-based animal studies. This meta-analysis evaluated the clinical efficacy of preoperative smoking cessation on the healing of fractures and postoperative complications.

A systematic search of the databases MEDLINE, EMBASE, China National Knowledge Infrastructure (CNKI) and the Cochrane Database for all the original published studies was conducted up to February 2016. The flow of selecting studies for this systematic review and meta-analysis is shown in Figure 1. The relevant search terms were ‘smoking’ and ‘cessation’; ‘smoking’ and ‘abstinence’; ‘cigarette’ and ‘cessation’; ‘postoperative’ or ‘pre-operative’; ‘bone’ and ‘healing’; ‘fracture’ and ‘healing’ or ‘complications’. All manuscripts were reviewed to select those that met the requirements. 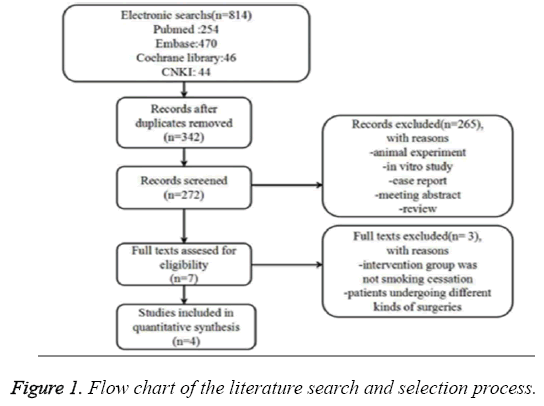 Figure 1: Flow chart of the literature search and selection process.

Published studies were eligible for meta-analysis if they met the following criteria: (1) Type of research: Randomized Controlled Trials (RCTs) and Non-Randomized Concurrent Control Trial (NRCCT); (2) Participants: patients who underwent orthopaedic surgery including open reduction and internal fixation, hip or knee arthroplasty and who had a record of smoking status and history; (3) Intervention: preoperative smoking cessation, including all types of preoperative smoking cessation therapy; (4) Outcomes: radiologically-confirmed union of fracture. Overall rates of preoperative complications and the incidence of each complication were described; (5) full texts should be available.

Cochrane collaboration's tool was used to assess the risk of bias in each RCT, to provide a qualification of risk of bias. For analysis of the NRCCTs, we used the Methodological Index for Non-Randomized Studies (MINORS) guidelines to assess the methodological quality [11]. The MINORS guidelines consisted of 12 indexes: every item has two scores and the total score is 24; when the score is ≥ 16 points this indicated a high quality study; otherwise the quality was low (<16 points).

The Grading of Recommendations Assessment, Development and Evaluation (GRADE) system was used to rate the level of evidence and strength of recommendation [12]. GRADE profiler 3.6 software was used to create the evidence profile.

All statistical analysis was performed using the Cochrane Review Manager 5.3 software to generate forest plots and assess the heterogeneity of the included studies. The effect was measured as Risk Ratio (RR) with 95% Confidence Intervals (CIs), and pooled estimates were computed according to a fixed-effects model. Chi2 and I2 statistic were used to qualified heterogeneity, so that I2 ≤ 25% and Chi2 (P>0.5) indicated no evidence of heterogeneity. Sensitivity analysis was performed to explore possible explanations for heterogeneity. The robustness of the main results was tested by removing each single study in turn. The results from only RCTs were pooled by meta-analysis to ensure appropriate statistical outcomes analysis both clinically and statistically.

We identified seven potentially relevant studies including 5 Randomized Controlled Trials (RCTs) and 2 Non-Randomized Concurrent Control Trials (NRCCT) of preoperative smoking cessation and bone healing. Of these seven studies, three were excluded because the operative procedure contained not only orthopaedic procedures but also general surgery or other surgical procedures [6,7], or the patients undergoing orthopaedic surgery were second-hand smokers [13]. The four left studies [2,3,9,10] including three RCTs and one NRCCT were chosen for the final analysis (Figure 1). The characteristics and quality assessment of each study are presented in Table 1.

These four studies were performed in the USA [2], Denmark [9], Sweden [3], and China [10], respectively, during the period between 2002 and 2014. The total number of patients in each study ranged from 105 to 187. The quality of each RCT was assessed by the Cochrane bias risk assessment tools (Table 2). According to the Methodological Index for Non-Randomized Studies (MINORS) evaluation criteria [11], only the NRCCT scored 20 points. The items of deduction were summarized as follows: 1) loss rate in the follow-up was greater than 5% in both ‘preoperative smoking cessation’ group (14.6%) and the ‘continued smoking ‘ group (23.8%); 2) no prospective calculation on the sample size (Table 3).

Meta-analysis of the three RCTs [3,9,10] was performed using a fixed-effects model (P=0.49; I2 =0%). The results of overall incidence of postoperative complications shown that there were the patients with preoperative smoking cessation did not have an overall increased rate of postoperative complications. Moreover, it was significantly lower compared with the patients without preoperative smoking cessation (RR, 0.37; 95% CI, 0.26-0.52; P<0.01; Figure 2).

Meta-analysis of wound-related complications in three RCTs [3,9,10] was performed using a fixed-effects model (P=0.42; I2 =0%). The results showed that wound-related complications (including: haematoma, superficial infection, subfascial infection) of patients with smoking cessation was significantly lower compared with the patients without smoking cessation (RR, 0.21; 95% CI, 0.11-0.39; P<0.01; Figure 3).

Rate of other postoperative complications

Meta-analysis of other postoperative complications rate of the three RCTs [3,9,10] was performed using a fixed-effects model (P=0.85; I2 =0%). The patients with preoperative smoking cessation had a lower incidence of other postoperative complications (including: respiratory insufficiency, cardiovascular insufficiency, renal insufficiency, gastrointestinal bleeding, deep venous thrombosis and pulmonary embolus) compared with the patients without smoking cessation (RR, 0.41; 95% CI, 0.25-0.67; P<0.01; Figure 5).

Rate of fracture non-union and osteomyelitis

The included RCTs had same outcome indicators which were overall incidence of postoperative complications, rate of wound-related complications and rate of secondary surgery. In addition, the rate of fracture non-union was determined in NRCCT. Table 4 shows the outcome levels classified by GRADE system.

Most previous studies that have shown the harmful effects of smoking were either epidemiological studies of patient populations or laboratory-based animal studies. Smoking studies using animal models have shown that nicotine and other components of cigarette smoke impede the healing of bone fractures by inhibiting the expression of genes for bone growth factors such as Bone Morphogenetic Proteins (BMPs), Transforming Growth-Factor beta (TGF-β) and Platelet- Derived Growth-Factor (PDGF) in a dose-dependent way [15-19]. In terms of clinical evaluation on the effects of smoking in orthopaedic patients undergoing surgery, as this study has shown, there has been little evidence-based, controlled clinical research.

The inconsistencies in the findings of the clinical literature have recently been highlighted by the systematic review and meta-analysis of data conducted by Scolaro et al. [5] nineteen clinical studies which showed that time to achieve union of fractures and the incidence of superficial and deep postoperative infections was not prolonged in smokers when compared with non-smokers. The reasons for the different results may be due to the variations in trial design and quality, including confounding factors of metabolic bone disease diseases, alcohol use, neurological and psychiatric medications use, for example.

Recent developments in orthopaedic surgical techniques have refined surgical procedures combined with new therapies, for example, the application of tissue-engineered bone in treating fracture non-union, and improvement of postoperative treatment, which reduced the incidence of fracture non-union and postoperative complications. The preoperative smoking cessation should be recommended to reduce morbidity and inhospital mortality following general surgery, vascular surgery, cardiothoracic surgery and, in our view, orthopaedic surgery.

The present study has provided further evidence that preoperative smoking cessation is beneficial to bone healing and may reduce the incidence of complications following orthopaedic surgery. However, according to the Grading of Recommendations Assessment, Development and Evaluation (GRADE) system used in the study analysis, the quality of the evidence was only intermediate or low.

There were some limitations in this study. First, the number of published studies is small. There is a lack of allocation concealment and blinding in these studies. The imprecision of meta-analysis may be caused by un-conforming to the Optimal Information Size (OIS) standards. As a key indicator, the rate of fracture union was only performed in the non-randomized trial. Second, the way of recording cigarette consumption (per day/year) varies in these studies. There were also differences of periods of preoperative smoking cessation, surgical technique and the clinical outcomes among these studies.

In conclusion, current evidence supported by this study indicates that for smokers who are planning to undergo orthopaedic surgery, preoperative smoking cessation does not increase the rate of fracture non-union, but can decrease the incidence of postoperative complications, reduce health care expenses and hospital stay.