The effectiveness of active warming for women undergoing elective caesarean section on maternal shivering: A meta-analysis

Results: The result of our analysis showed active warming could reduce the incidence of shivering in patients undergoing caesarean section with spinal anesthesia compared with no active warming control group (OR 0.55, CI (0.39, 0.77)).

Conclusions: Our analysis suggests that active warming could reduce shivering in patient undergoing caesarean section with spinal anesthesia compared with no warming.

This analysis was performed according to the PRISMA guideline [2], Medline and Embase database were carefully searched to identify relevant publications indexed between January 1980 and October 2016, using following key words including “caesarean/cesarea” or “obstetric” and “warming” or ‘temperature”, abstracts were reviewed and the articles which focus on warming during caesarean section were obtained in full version. We conducted a review for the references of identified studies and limited the language in English.

Attempts were made to contact the corresponding authors if further unpublished data were needed.

Data were collected and analysed using STATA software (version 12.0 STATA Corp., College Station, TX). We considered an I2 statistic of 50% or more as indicative of a considerable level of heterogeneity, if I2>50%, the random effects model was used [3]. Otherwise, the fixed effect model was used. For dichotomous outcomes, the Odds Ratio (OR) and 95% Confidence Interval (CI) were calculated (OR<1 favored warming).

Our initial literature search identified 738 studies, finally, 11 studies were included in our analysis [4-14], and a total of 647 patients were enrolled in these studies: 343 patients in the active warming group and 304 in the control group. Basic characteristics of the 11 studies are shown in Table 1.

Table 1. Characteristics of the 11 studies. 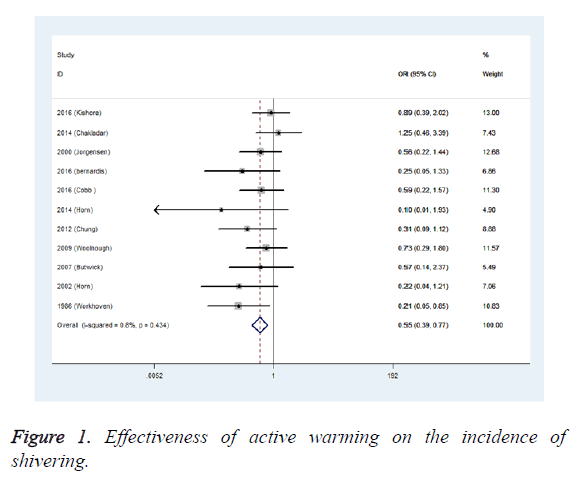 Figure 1. Effectiveness of active warming on the incidence of shivering.

In summary, based on the results from this meta-analysis we recommended that active warming should be used for caesarean delivery in order to reduce the incidence of maternal shivering, further studies are needed to evaluate which warming method is more effective, whether the combination of warming methods is more effective than a single one, and how long pre-anesthetic warming must be set up to prevent shivering.

The authors had no conflicts of interest to declare in relation to this article.