The effect of wear of functional clothing included germanium fabrics on the anaerobic exercise capacity and fatigue, oxygen carrying capacity

Methods: Ten middle-age female subjects (52.7 ± 3.3 years) were randomly assigned double blind test to wear of germanium-treated functional clothing (Ge) or control clothing (CON) by cross-over repeated design with biweekly. Functional fiber was treated with ion such as germanium, magnesium or silicon (patent application: 2016-0063434). Subjects were performed Wingate test to measure total work and fatigue index, and blood was collected before and after the test. Two-way (2 by 2 or 6) repeated measured ANOVA was used to find out the interaction between the group and time, and the criterion for significance was set at an alpha level of 5%.

Results: There were no significant differences between the two treatment groups in fatigue index, total work and peak power (p>0.05), and no differences were observed in blood lactate, glucose and oxygen saturation (SpO2), blood pressure (p>0.05). No significant differences were also observed between the two treatment groups in serum fatigue variables such blood ammonia, dopamine, LDH, CK and cortisol (p>0.05). However, RBC, hemoglobin and red cell distribution width (RDW) of Ge group significantly increased after test (p<0.05, p<0.01 respectively) in spite of there were no changes in CON group.

Conclusion: These results suggest that wear of germanium functional clothing might to affect the improved oxygen carrying capacity.

Advances in new materials by combining fiber chemistry and nanotechnology have led to the development of high-tech fibers that can effectively block electromagnetic waves and ultraviolet radiation, are capable of generating heat, are antibacterial, and which can emit radiation in the far infrared range. These developments in the textile industry have allowed the evolution of materials aimed at enhancing athletic performance. The scope of research into such “sports clothing” is, however, limited to items such as cooling materials that quickly release sweat during exercise, compression materials, or materials that minimize air and water resistance [1]. With a goal of adding value, materials capable of emitting far-infrared radiation have recently been attracting growing interest [2]. Wavelengths of 5 μm to 20 μm are beneficial to the human body, in that the far-infrared radiation penetrates the body, creating a warming effect through powerful resonance. This facilitates the metabolism and thus is recognized as being generally beneficial [3]. Ceramics [4] and germanium (Ge) both emit far-infrared rays. Given that Ge emits high levels of far-infrared radiation, compounds containing Ge have recently been incorporated into functional fabrics [5]. Some studies have revealed that Ge increases immunity [6], has an antiinflammatory effect [7], promotes plant growth [8], and can remove heavy-metal contaminants [9]. However, very little research has been conducted on the enhancement of physical functions or athletic performance. Therefore, this study set out to investigate the effects of wearing a Ge-ion-treated clothing on anaerobic exercise ability, fatigue, and oxygen-carrying ability during anaerobic high-intensity exercise.

Upon arriving at the lab after at least 12 h of fasting, the subjects were randomly divided into two groups: a control group (CON group) and a Ge group (GE group), each of which was asked to change into either a control clothing or Ge clothing, respectively. After resting for at least 30 min, they were asked to undertake a Wingate test to measure their anaerobic capacity and level of fatigue. One week later, the test was repeated, but the subjects were asked to wear a different clothing to the one they had worn for the first test. This study used functional fibers treated with ions such as germanium, magnesium, and silicon (Patent Application 2016-0063434). Several functions of the fibers, such as the emission of farinfrared radiation, harmless to the human body (Korea Far Infrared Association, KFI-653), as well as the antibacterial and deodorant functions (FITI Testing & Research Institute, 231-15-47171) were evaluated by professional institutions. Using the proposed fibers, six types of clothing including briefs, undershirts, leggings, short-sleeve shirts, shorts, and socks were fabricated as the functional clothings for the GE group, while identical clothings made with an untreated version of the same fabric was used for the CON group. The clothings were all of the same color so that neither the subjects nor the observers could distinguish between them. The Wingate test was performed using a dedicated measuring device (Excalibur Sport, Sweden) with maximum exercise duration of 30 s. The load on the pedal was set to about 0.05% of the subject’s body weight. The fatigue index, total work, peak power, and mean power were calculated from the obtained results. Both before and after the Wingate test, 10 ml of blood were collected from the brachial vein. Furthermore, a fingertip test was performed before, immediately after, and in the recovery phase, 5, 10, 15, and 30 min after the end of the Wingate test.

The effects of wearing Ge-treated functional clothings on anaerobic exercise capacity were verified through observation of the fatigue index, total work, peak power, and mean power (Table 1). However, across all of these observations, no statistically significant differences were observed between the two groups. Moreover, no significant differences were observed in the times for the two groups or between the glucose, SpO2, SBP, or DBP levels during the recovery period after the end of the Wingate test (Table 2). The lactate levels increased by more than five times immediately after the test but fell to their original levels after 30 min of recovery (p<0.001), with there being no significant difference between the two groups (NS). In the same way as with the fingertip test results, the level of blood lactate in the venous blood increased by more than 5 to 6 times (p<0.001) for both groups, but there was no significant difference between them (Table 3). For the ammonia, there was an interaction between the group and time period (p=0.014), but post hoc tests showed an increase in the ammonia levels after the test for both groups (p<0.001). The rate of change in the oxygen-carrying capacity of the blood is shown in Figure 1. The number of RBCs was statistically significant (p=0.048), remaining unchanged in the CON group but increasing in the GE group (p<0.05). Similarly, the amount of hemoglobin remained unchanged for the CON group but exhibited a statistically significant increase for the GE group (p<0.05). Furthermore, a statistically significant increase in the RDW level after the end of the Wingate test was found only for the GE group (p<0.05). 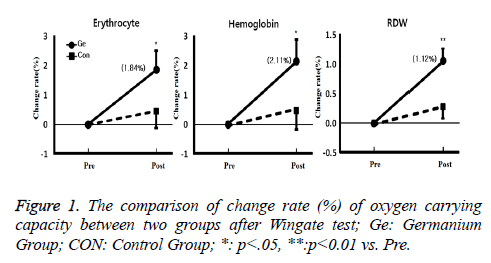 Table 1. The comparison of fatigue index and anaerobic physical fitness between two groups after Wingate test.

Table 2. The comparison of blood variables between two groups during and after Wingate test.

Table 3. The comparison of serum fatigue variables between two groups after Wingate test.

The results of the Wingate test performed as part of this study imply that the one-time wearing of a Ge-treated functional clothing does not affect anaerobic exercise capacity. This study also revealed that a one-time wearing does not inhibit the production of Wingate test-induced byproducts such as the stress hormone, cortisol [10], and the peripheral fatigue substances, lactate and ammonia [11], or the central fatigue substance, dopamine [12]. Moreover, it was also found to have no impact on the recovery of the lactate and glucose levels after exercise.

In contrast, the amounts of hemoglobin and RBC, which serve to carry oxygen in the blood, were found to be significantly increased in the GE group after the Wingate test. The RDW value, which is used as an indicator of iron deficiency anemia [13], and which simultaneously represents the individual RBC volume differences, was also found to increase. This is the most important finding in this study as it points to the fact that wearing a Ge-treated functional clothing enhances the oxygencarrying capacity of the blood during short-term, high-intensity exercise.

RBC acts as a carrier of oxygen throughout the body. The main component of RBC is hemoglobin, a protein-iron compound that binds and transports oxygen and carbon dioxide. RBCs are mainly differentiated from stem cells in the bone marrow, producing approximately 2.4 million erythrocytes every second [14]. It takes about seven days for RBC to mature and its lifespan is known to be about 100 to 120 days [15]. The human body rapidly produces RBC as a defense mechanism when exposed to anoxic and hypoxic conditions [16]. Training in a hypoxic environment has been reported to increase the body’s RBC and hemoglobin levels within 24 h [17]. On the other hand, it is very unusual for the RBC count and hemoglobin concentration to increase in a short time, although this was observed to occur in the present study. This RBC and hemoglobin increase, however, may occur for a few minutes as a result of the actions of the body’s defense mechanisms after exposure to high-intensity anaerobic conditions. We would expect the wearing of a Ge-treated functional clothing to accelerate the RBC production. In fact, it has been reported that organic Ge enhances the intracellular oxygen supply [18], while the consumption of Ge in animals increases blood RBC levels [19].

Meanwhile, it has been reported that RBC, when subjected to shear stresses caused by vasoconstriction, produces ATP to enhance the blood flow [20] and controls the vascular tone using nitric oxide (NO) derived from L-arginine [21]. In addition, RBC has been shown to dilate blood vessels by releasing S-nitrosothiol if oxygen is removed from the hemoglobin [22]. Therefore, more detailed studies will be needed to further investigate other variables related to RBC production and function, such as erythropoietin (EPO) and nitric oxide (NO), along with additional studies of the effects of a Ge functional clothing on blood flow change and vasodilation.

We can conclude that the one-time wearing of Ge-treated functional clothing does not affect variables such as anaerobic exercise capacity, the production of fatigue substances, and stress. It may, however, influence the oxygen-carrying capacity of hemoglobin and RDW as well as the amount of RBC.

This work was supported by the (2016 Scientific Research Fund of Dream Weavers Inc.) under Grant (NO. Dongduk-2016-00052) and World Class Smart Laboratory (WCSL) at Inha University.