The effect of prescription of different Dexamethasone doses on reproductive system

Dexamethasone is a widely used glucocorticoid which has been prescribed increasingly in recent years. The effects of Dexamethasone on LH, FSH and testosterone levels were investigated in present study. In this experimental work, 40 adult male Wistar rats were assigned into four tenmembered groups. The rats in the control group received saline, while the rats in experimental group were subjected to intraperitoneal injection of dexamethasone in 0.4, 0.7, and 1 mg/kg doses daily for period of 10 days. On following day of last injection, the rats were anaesthetized and plasma was drawn from their heart, FSH, LH and testosterone levels were measured and the results were analyzed using SPSS software and Dunnett test. The hormonal test of LH, FSH and testosterone was made using Pars kit and the groups were compared. In this study, no significant change was observed in the targeted hormones up to 0.7mg/kg dose, but significant changes in the concentration of LH, FSH and testosterone were found in higher doses, i.e., 1 mg/kg dose in experimental group compared to the control group (P<0.05). The results of present study indicated that frequent injection of dexamethasone has come up with multiple changes in LH, FSH and testosterone and it has borne harmful effects on the reproductive system of male rats.

Reproductive function in primates and rats are controlled by somatic and mental stresses [1]. Studies indicate that an increase in stress-induced glucocorticoids results in decrease in serum concentration of testosterone in males [2]. Glucocorticoids have a wide therapeutic range includes inflammatory, infectious and autoimmune diseases, adrenal gland failure, joint pain and lymphoid cancers. Due to the wide therapeutic range of these compounds, excessive prescription of which by physicians has been obvious in recent years [3]. Glucocorticoids bring about the inhibition of testosterone by influencing anterior pituitary and testes [4]. When the testes are not able to support spermatogenesis through the production of testosterone, a special message transfer path is activated that ultimately results in apoptosis [5]. Glucocorticoids are strong medicines that are used mainly for inflammatory disorders such as asthma, allergy, infection as well as autoimmune diseases such as rheumatoid arthritis, Glomerulonephritis, sclerosis and Systemic Lupus Erythematosus [6] . Dexamethasone is a synthetic glucocorticoid whose potent to suppress the immune system is 20-30 times greater than that of hydrocortisone [7]. Glucocorticoid is rapidly diffused in the circulatory system and engender the regulation associated with transcription of some genes while passing through cell membrane. Glucocorticoids silence the genes that have a major role in inflammation such as cytokines as well as inflammatory enzymes such as nitric oxide synthase [8]. Cytokines make inactive the inflammatory enzymes such as nitric oxide synthase [8]. Based on available potent evidences, cytokines can directly stimulate the development of ROS [9,10]. Glucocorticoids are the main hormones secreted from adrenal gland. These hormones act as very strong anti-inflammation and inhibitors of immune system. This property has made them as the most-prescribed drug throughout the world [11].

The plasma level of testosterone is provided by steroidmaking process of testes’ leydig cells. leydig cells synthesize glucocorticoid receptors. Therefore, the first target of glucocorticoids’ activity is testicle tissue [12]. Dexamethasone is a highly used glucocorticoid whose prescription is made increasingly [13]. This drug is bound to its receptors in cytoplasm by passing through cell membrane and then enters the cell nucleus by drug-receptor complex. Through binding to specific areas of DNA, this complex leads to stimulation of mRNA transcription and subsequently development of enzymes that are ultimately responsible for systematic effects of corticosteroids. Dexamethasone applies its anti-inflammatory effects by preventing the accumulation of inflammatory cells in the inflammation zone, inhibition of phagocytosis and diffusion of enzymes responsible for inflammation and inhibition of production and dissemination of chemical mediators relevant to inflammation [14]. Dexamethasone is highly used and the reports by Medical Science Universities in Iran indicates high and increasing prescription of dexamethasone in recent years [15]. Estradiol binds to estrogen receptor in cytoplasm and promotes the production of DNA, RNA, and other proteins in target tissue. Further, the level of GnRH in hypothalamus declines under the effect of estrogen and the release of LH and FSH decreases in pituitary, although, its major role is in reproductive tissues such as uterus, but it also plays a role in other tissues such as osseous, hepatic, vascular and cerebral. Estradiol is produced in trace amounts from Testosterone metabolism. Laydig cells in testicles secrete testosterone while triggered by LH from anterior pituitary. Likewise, secreted testosterone level has rather direct relationship with available LH hormone.

Ketamine was used for anesthetizing rats. The laboratory kits for T, LH and FHS have been provided from Pars Azmoon Company which consists of reference laboratory verification.

This experimental study is made on 40 adult male rats with average weight of 230±20 g. For adaptation and consistency with the experiment’s conditions, the animals are kept in appropriate ambient temperature, light and heat of the nest for 2 weeks and then they are put under the treatment. The feeding of rats is performed by prepared standard materials including 20 percent protein, 50 percent starch, 10 percent cellulose, 15 percent fat and vitamins. The animals are allowed to access enough food and water throughout the experiment.

The animals are randomly assigned into four tenmembered groups including: the experimental groups 1, 2 and 3 that receive dexamethasone in 0.4, 0.7, and 1 mg/kg, respectively through intraperitoneal injection and group 4 that is considered as control group and will only receive placebo as 1 mL/day [16]. After the period, each rat was anesthetized by ketamine (50 mg/kg) and xylazine (4 mg/kg). In order to measure T, FSH and LH, 5 mL of serum will be drawn out of heart and studied using hormonal kits by Electrochemiluminescence.

The plasma was drawn out of the hearts of animals while 10 days are passed and the blood samples were centrifuged in 3000 RPM for 10 minutes and after separating serum, they were transferred to Electrochemiluminescence (Elecsys 2010) and LH (miu/ml), FSH (miu/ml) and testosterone (mg/ml) were measured.

ANOVA test will be used for comparison of the level of sexual hormones in the control and experimental groups. The required software is SPSS and the charts will be drawn by Excel.

As it is shown in figure 1, the level of testosterone has been reduced in all experimental groups compared with the control group but this reduction is significant in the group receiving 1 mg/kg. 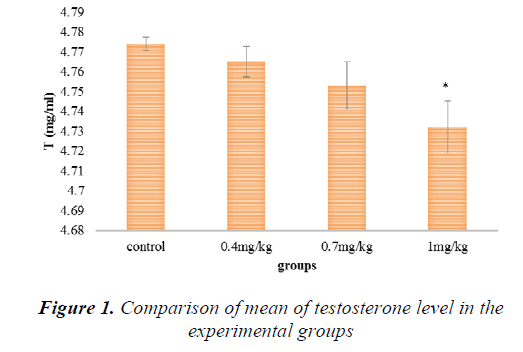 Figure 1: Comparison of mean of testosterone level in the experimental groups

As it is shown in figure 2, the level of FSH has been increased in all experimental groups compared with the control group but this increase is significant in the group receiving 1mg/kg. 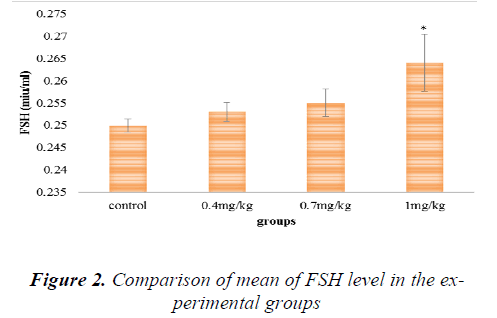 Figure 2: Comparison of mean of FSH level in the experimental groups

As it is shown in figure 3, the level of LH has been increased in all experimental groups compared with the control group but this increase is significant in the group receiving 1mg/kg. 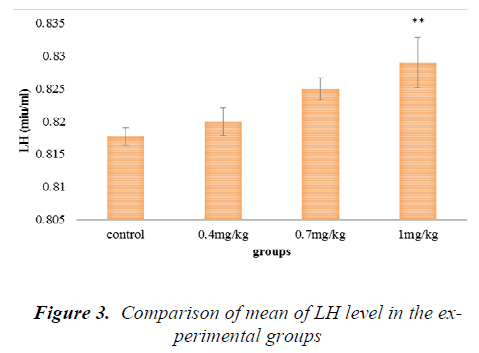 Figure 3: Comparison of mean of LH level in the experimental groups

The results of the present study indicated that frequent injection of dexamethasone has resulted in multiple changes in LH, FSH and testosterone and it bears harmful effects on the reproductive system of male rats and this indicates that highly prescription and administration of this drug results in harmful effects on testicle tissue and alterations in sexual hormones. In summary, in present study, presence of Dexamethasone resulted in LH and FSH secretion in adult male mice in vivo. Enhancement of LH, FSH in treated mice with Dexamethasone, mediates the suppression of testicle function.