The aim of this study was to evaluate the effects of permissive hypercapnia on Cerebral Oxygen Metabolism (COM) and brain function in patients with craniocerebral trauma surgery. Sixty patients with severe traumatic brain injury were randomly divided into three groups (n=20), hypocapnia (group L, PaCO2 25-30 mmHg), hypercapnia (group H, PaCO2 50-55 mmHg), and control (group C, PaCO2 35-45 mmHg) groups. All patients underwent retrograde jugular vein and radial artery puncturing. The inducing drugs used were midazolam 0.1 mg/kg, sufentanil 0.5 μg/kg, vecuronium 0.1 mg/kg, and propofol 1.5 mg/kg. Blood samples from an artery and vein were extracted to measure the oxygen content at three time points, during cutting of the endocranium (T1), 1 h after the cutting (T2), suturing of the endocranium (T3). We measured the vein ball oxygen content difference (Ca-vDO2) to observe COM. Glasgow scores were recorded at preoperation and postoperative 24 h and 10 d. Compared with group C, the Ca-vDO2 of group L and H decreased at T2 and T3 (P<0.05); compared with T1, Ca-vDO2 decreased at T2 and T3 for all patients (P<0.05). Glasgow scores of the three groups were not statistically different at preoperation and postoperative 24 h (P>0.05). After 10 d, compared with group L, patients with a 3-point score decreased significantly and the 3-8 point patients increased significantly in group H (P<0.05); compared with group C, the 3-point score patients decreased significantly in group H (P<0.05). Permissive hypercapnia may improve Glasgow scores and prognosis of patients of severe traumatic brain injury without affecting oxygen uptake of brain.

Craniocerebral trauma surgery is a major component of the neurosurgical emergency surgeries. For anesthesia of patients with traumatic brain injury or intraoperative encephalocele, generally the partial pressure of carbon dioxide (PaCO2) is reduced using hyperventilation to decrease intracranial pressure to eliminate the acute increase of pressure [1]. Studies have shown that proper hyperventilation can relax the brain during selective operations and improve the outcome [2].

Studies have shown that for patients with brain injury, excessive ventilation is not advisable, as hypocapnia may cause the shrinking of the blood vessels, decrease of Cerebral Blood Flow (CBF), reduction of cerebral perfusion pressure and thus the aggravation of brain tissue damage. It is generally believed that when the PaCO2 is lower than 20 mmHg, the CBF is reduced to a level that can cause ischemia. Thus, oxygen uptake while reducing intracranial pressure during brain surgery requires attention [3].

Recent research has shown that moderate hypercapnia is a more scientific and effective treatment. Numerous studies have shown that acute hypercapnia with PaCO2 less than 80 mmHg and pH value greater than 7.15 is not harmful to the body, due to the compensatory and buffering capacity of the human body for respiratory acidosis. With normal oxygen saturation, a slow rise of 10.0~14.6 kPa (75~110 mmHg) in PaCO2 will not cause obvious clinical symptoms, in fact may be beneficial because it can increase the sympathetic activity, causing a release of catecholamine’s, and a direct expansion of peripheral blood vessels to improve blood circulation. Moreover, permissive intracellular acidosis can protect hypoxic cells. During cardiopulmonary bypass, hypoxemia accompanied with mild acute hypercapnia (PaCO2 68 mmHg) can reduce cerebral oxygen consumption by 30%, while during hypercapnia, the production of nitric oxide induced by neuronal nitric oxide synthase plays an important role in improving the cerebral vasodilation and blood flow [4].

In this study, the impact of PaCO2 on the cerebral metabolic rate for oxygen (CMRO2) in patients with brain injury during surgery was investigated. The hypercapnia approach applied for these patients is completely different from the previous anesthesia ventilation method, which decreases the intracranial pressure through hypocapnia. Instead of low intracranial pressure, the hypercapnia approach focuses on oxygen uptake in the brain. The numerical range of moderate hypercapnia to maintain the desired cerebral oxygen metabolism and brain function, without increasing surgical difficulties and risks, was observed, in an attempt to provide theoretical support for anesthesia management, thereby improving the level of anesthesia management for patients with craniocerebral injury.

Inducing drugs, midazolam 0.1 mg/kg, sufentanil 0.5 mg/kg, vecuronium 0.1 mg/kg, and propofol 1.5 mg/kg were used. After intubation, the anesthesia ventilator was connected for mechanical ventilation, and inhalation of sevoflurane was initiated, with an inhalation concentration of 3% and an oxygen flow rate of 1.5 L/min. Sufentanil and vecuronium were supplied during the surgery to maintain circulatory stability.

For the analysis of gases, blood samples were extracted from the radial artery and internal jugular vein at three time points as follows: during the cutting of endocranium (T1), 1 h after the cutting (T2) and during the suturing of endocranium (T3). The oxygen content was measured using the blood gas analyzer. Cerebral arteriovenous oxygen differences (Ca-vDO2) in patients with craniocerebral injury at each time point was calculated using the Fick formula, to observe the conditions of cerebral oxygen metabolism.

Glasgow Coma scores of the patients before surgery, after 24 h of surgery, and 10 d after surgery were recorded.

No statistically significant differences were observed in the general data and surgical features between the patients in the three groups (P>0.05, Table 2).

Note: There was no statistically significant difference in the general data and surgical features between patients in the three groups.

Table 4. Glasgow coma scores of patients in 3 groups before surgery, 24 h after surgery and 10 d after surgery.

High blood flow perfusion, a prominent feature of brain tissue, is mainly associated with cerebral perfusion pressure, intracranial pressure, and chemical regulation. In particular, an increase in hypoxia and PaCO2 can lead to increased CBF, and PaCO2 in the range of 25~80 mmHg is most sensitive to the regulation of CBF [5,6]. PaCO2 has important regulatory effects on the CBF. Obrist et al. found that, when PaCO2 changes by 1 mmHg in the abnormal range, CBF can be changed by 3%~4% [7]. Defined as PaCO2<35 mmHg, hyperventilation can decrease PaCO2, shrink cerebral vessels, and decrease intracranial pressure, resulting in a reduced CBF. Cruz et al. demonstrated that hyperventilation maintained at PaCO2 of 21 ± 1.6 mmHg can decrease the intracranial pressure in patients with brain injury, improve cerebral perfusion, and thus promote the uptake of carbohydrate and oxygen and cerebral metabolic balance in the brain tissues [8].

In neurosurgical anesthesia, the intracranial pressure is primarily decreased by reducing PaCO2, via the following mechanism: reduced CO2 causes hypocapnia, increasing the pH value in the surroundings of the cerebral blood vessels; since the small resistance vessels are sensitive to pH changes in the cerebrospinal fluid, the resulting cerebrovascular contraction will reduce CBF and cerebral blood volume, thereby decreasing the intracranial pressure [9].

Current studies show that permissive hypercapnia is a protective strategy recognized and confirmed in recent years and a more scientific and effective treatment. Studies have shown that in animal experiments, maintaining an appropriate arterial hypercapnia will decrease the hypoxia injury of the brain tissue. In this study, therefore, experimental groups with different PaCO2 were designed to observe its influences on the cerebral oxygen metabolism and brain function after surgery.

For anesthesia of patients with severe craniocerebral trauma, CMRO2 of the brain tissue is an important parameter [14]. By monitoring the jugular venous oxygen saturation (SjvO2), the cerebral oxygen supply and demand balance can be comprehensively evaluated, and this method is mainly adopted in early detection of decreased SjvO2 during brain tissue ischemia, hypoxia, decreased intracranial pressure, or increased brain oxygen consumption [15]. After leaving the skull, 80%-90% of the venous return from the brain tissue first collects in the jugular bulb, where there is almost no mixed venous blood from outside the brain. For this reason, the detection and calculation of the radial artery and jugular bulb can reflect the metabolic changes in the brain tissue [16]. The SjvO2 can effectively reflect the global cerebral oxygen supply and demand balance, with 50% of the SjvO2 as the threshold [17]. Studies on patients with brain tumor reported that SjvO2 decreases after hyperventilation, and if low temperature occurs simultaneously, then the SjvO2 of 50% of the patients is less than 50%. A SjvO2 less than 50% can cause transient neurological disorder, disturbance of consciousness, and a slowed down EEG frequency [18,19]. Different PetCO2 can change the SjvO2 by affecting the CBF [20]. As PetCO2 rises, CBF increases, and SjvO2 significantly increases. When PetCO2 is 25 mmHg, SjvO2 drops to 53.7 ± 2.5%, which introduces a risk of ischemia and hypoxia. However, only reflecting the overall metabolism of the ipsilateral hemisphere, SjvO2 cannot exclude ischemia and hypoxia of the contralateral hemisphere ischemia [21]. According to the Fick formula, the cerebral metabolic rate for oxygen can be calculated through the Ca-vDO2 and CBF, but CBF can be difficult to measure, as it requires fairly complicated equipment. In this study, without measuring CBF, the estimated cerebral metabolic rate for oxygen can be reliably obtained through a cerebral metabolic parameter, that is, Ca-vDO2. In this study, compared with Ca-vDO2 at T1, Ca-vDO2 in the hypercapnia and hypocapnia groups at T2 and T3 was significantly reduced (P<0.05), and the difference was statistically significant.

Glasgow Outcome Scale (GOS) is a criterion for neurological function and efficacy evaluation in the acute phase, and can be used for prognosis and treatment effect analysis. In this study, the before and 24 h after surgery GOS scores showed no significant difference (P>0.05) between the groups. 10 d after surgery, compared with the control group, the proportion of GOS scores of 3 points was significantly decreased (P<0.05) in the hypercapnia group, and the difference was statistically significant. Compared with the hypocapnia group, in the hypercapnia group, the proportion of patients with GOS scores of 3 points was significantly decreased (P<0.05), the proportion with 3 to 8 points was significantly increased (P<0.05), and the difference was statistically significant. It’s possible mechanism may be as follows: Under normal circumstances of oxygen saturation, a slow rise of 75~110 mmHg in PaCO2 will not cause obvious clinical symptoms, in fact may be beneficial, because it can increase sympathetic activity, causing the release of catecholamine’s, and a direct expansion of peripheral blood vessels to improve blood circulation. Permissive intracellular acidosis can protect hypoxic cells; the production of nitric oxide induced by neuronal nitric oxide synthase plays an important role in improving the cerebral vasodilation and blood flow [22].

In anesthesia for neurosurgical patients with severe craniocerebral trauma, in the premise of not affecting the oxygen uptake in the brain, a moderate hypercapnia can improve the Glasgow scores and enhance the prognosis of the patients after surgery.

We have no conflicts of interest. 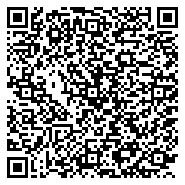