The effect of limb elevation on bleeding control in a human venous hemorrhage model.

Background: The use of limb elevation as an adjunct to direct wound pressure for the control of extremity hemorrhage was for many decades a standard part of first aid and prehospital EMS provider training until 2010, when the practice was widely discontinued due to lack of evidence to support the intervention. The purpose of this study was to examine the effectiveness of limb elevation as an intervention to control bleeding. Methods: This was a prospective, randomized, crossover-controlled study. An IV catheter was inserted into the dorsum of the right hand of each volunteer to simulate venous wound hemorrhage. The subjects were randomized to initially bleed in one of two positions: arm elevated or arm dependent. A second determination of blood loss was then made reversing the arm positions from dependent to elevated position or from elevated to dependent position. Each subject’s blood loss in the two positions was quantified and analyzed. Results: 25 adult volunteers were enrolled in the study. One subject was excluded because of an unsuccessful attempt at vein cannulation. The remaining 24 participants underwent successful cannulation of a dorsal hand vein on the first attempt. Participants bled less when the arm was in the elevated position as compared to the blood loss with the arm in a dependent position (0.015 vs. 0.55 grams, respectively, mean difference=0.545, p=0.0002). Only 3 of the 24 (12.5%) participants demonstrated any blood loss in the limb-elevated position (0.1 grams for all 3). There were 2 participants who produced visible blood on the gauze in the down position, and no visible blood on the gauze when allowed to bleed in the elevated position; however, the weight of the blood loss was below the 0.1 gram sensitivity of the scale. Conclusions: The results demonstrate that elevation of an extremity is a simple intervention that reduces venous hemorrhage when compared to a limb that is not elevated. We recommend that wound elevation be reintegrated into standard hemorrhage control educational standards and protocols for first aid and EMS providers

The rapid and effective control of external hemorrhage is an essential and lifesaving basic intervention in the management of injured patients. For decades, direct wound pressure and limb elevation “above the level of the heart” were advocated as the standard initial steps for extremity hemorrhage control by first aid courses, emergency care textbooks, and Federal standards for the training of Emergency Medical Technicians (EMTs) [1-5]. Experienced clinical providers found limb elevation, especially in the case of upper extremity hemorrhage, to be a simple and effective method to stop bleeding that was not fully controlled by direct pressure alone. This intervention is especially relevant to the out-of-hospital environment, where the initial care of hemorrhage is rendered by lay people and emergency responders such as EMTs.

In 2010, the International Consensus on First Aid Science with Treatment Recommendations (ILCOR 2010) removed limb elevation as a first aid intervention. This recommendation was subsequently published by the American Heart Association (AHA) in a supplement to Circulation in October 2010 [3].

Stating that “The hemostatic effect of elevation has not been studied,” the AHA classified limb elevation as a “Class III” intervention. This designation means that the treatment is “not useful/effective and may be harmful”. The 2010 AHA recommendation has effectively removed elevation as a component of hemorrhage control from all national emergency care standards, specifically those governing first aid and pre-hospital care by EMTs and other emergency responders.

The common sense reality that elevating a bleeding forearm laceration above the level of the heart provides both gravitational and hydrostatic pressure advantages in the reduction of blood flow (especially low-pressure, venous blood flow) is a matter of basic physics. As experienced prehospital and emergency medicine clinicians, the investigators believe that the removal of limb elevation from the standard of care for hemorrhage control without any scientific basis was incorrect and places patients at risk from inadequately controlled hemorrhage during emergency situations at the scene of injury and while en route to definitive care.

The purpose of our study was to investigate that which the AHA highlighted as not previously studied: what, if any, are the hemostatic effects of limb elevation on blood loss in a human controlled hemorrhage model?

This was a prospective, randomized, crossover-controlled study in healthy right-handed volunteers greater than 18 years of age. None of the study participants were on prescription blood thinners.

All subjects were in a seated position. Using standard aseptic techniques, a 20-gauge IV catheter (ProtectIV® Plus Safety I.V. Catheter, Smiths Medical ASD, Inc.) was inserted in the dorsum of each subject’s right hand. All IVs were started by a single investigator (CG) to insure procedural consistency. Once the IV was established, it was secured in place by an adhesive tape strip. Blood flow from the un-capped catheter was prevented by finger pressure directly upon the vein just proximal to the catheter tip. 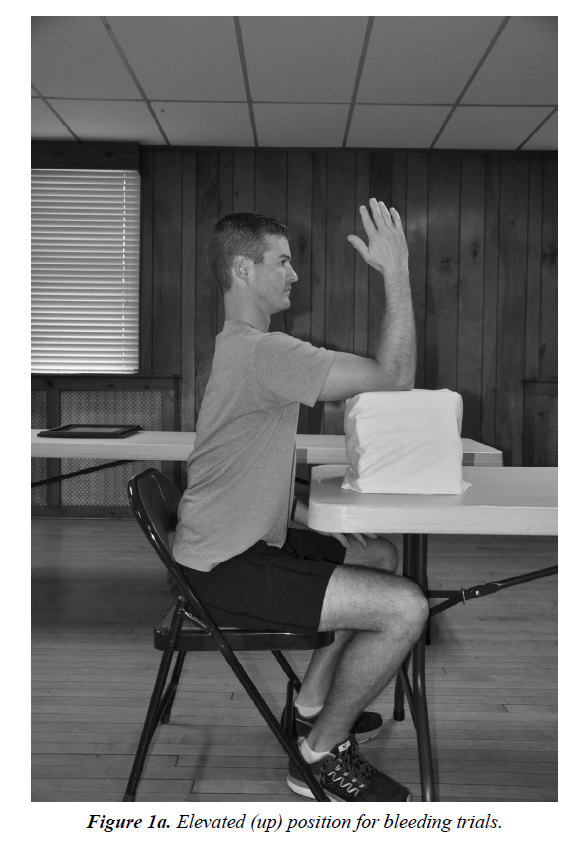 Figure 1a: Elevated (up) position for bleeding trials. 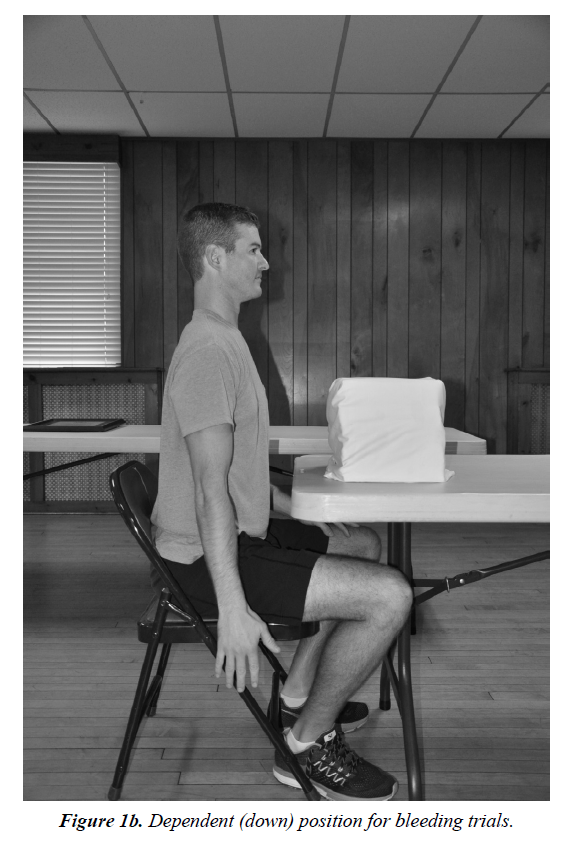 Figure 1b: Dependent (down) position for bleeding trials.

In order to measure blood loss, a dry gauze pad was placed on an electronic scale with a sensitivity of 0.1 grams (CB 1001 Compact Scale, AE Adam, Inc.) and the scale was zeroed with the gauze pad. The weight change between the dry gauze and that same gauze pad once bloodied was used to quantitate the amount of blood loss. For each blood loss measurement, the pre-weighed gauze pad was gently slid beneath the IV catheter opening. Finger pressure was then removed and the patient was allowed to bleed freely from the IV catheter for 3 seconds onto the pre-weighed gauze pad before the vein was again occluded by proximal finger pressure. That gauze was then re-weighed, recording the weight change as a function of volume of blood loss. Following the two blood loss determinations, the IV catheter was withdrawn and a sterile dressing was applied.

Standard summary statistics (means and frequencies) were used to describe the participants. To determine differences in blood loss between the 2 positions, while adjusting for possible order effects, a 1-way (order) analysis of variance in repeated measures (position) was performed. All analyses were performed using SAS statistical software (Version 9.4, SAS Institute, Cary NC).

Twenty-five right-handed volunteers were enrolled in the study. The mean participant age was 39 years (20 to 72 years of age) and the sample consisted of 20 males and 5 females. One subject was excluded from the study because of an unsuccessful attempt at vein cannulation. The remaining 24 participants underwent successful cannulation of a dorsal hand vein on the first attempt.

Participants bled less when the arm was in the elevated position as compared to the blood loss with the arm in the dependent position (0.015 vs. 0.55 grams, respectively mean difference=0.545, p=0.0002) (Figure 2). Only 3 of the 24 (12.5%) participants demonstrated any blood loss in the limbelevated position (0.1 grams for all 3) (Figure 3). There were 2 participants who produced visible blood on the gauze in the down position, and no visible blood on the gauze when allowed to bleed in the elevated position; however, the weight of the blood loss was below the 0.1 gram sensitivity of the scale. 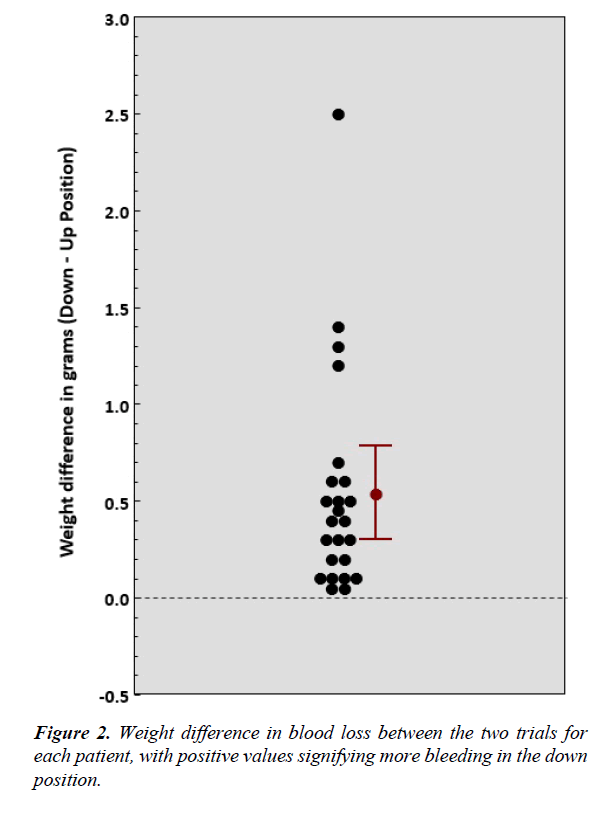 Figure 2: Weight difference in blood loss between the two trials for each patient, with positive values signifying more bleeding in the down position. 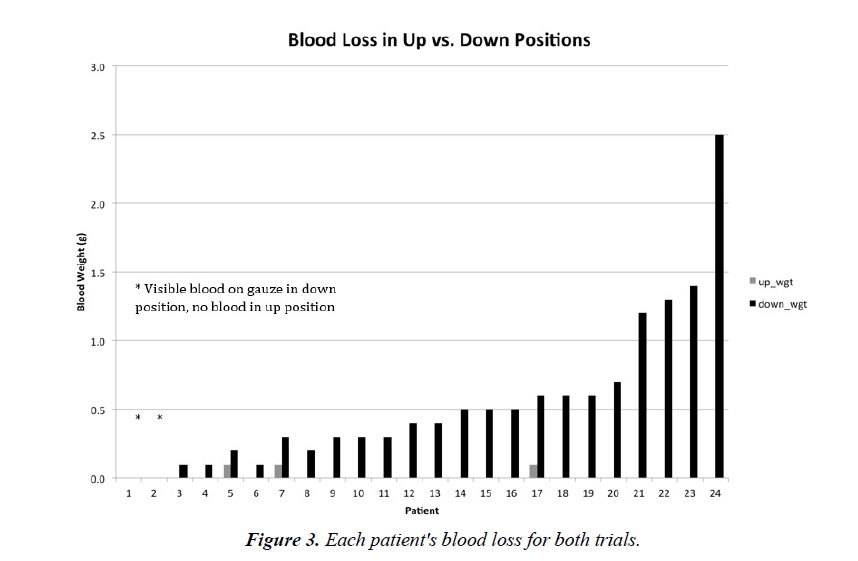 Figure 3: Each patient's blood loss for both trials.

This is the first prospective controlled human study to evaluate the effectiveness of limb elevation as a means of hemorrhage control. The results demonstrate that elevation of an extremity reduces hemorrhage as compared to a limb that is not elevated.

These results are not particularly surprising, since the act of elevating a bleeding limb above the level of the heart provides both gravitational and hydrostatic pressure advantages in the reduction of blood flow. Although no previous study had demonstrated the effectiveness of limb elevation as a means of hemorrhage control, the use of limb elevation in conjunction with direct pressure had been taught as a standard first aid intervention for decades. The 1974 American National Red Cross Advanced First Aid and Emergency Care book summarized the practice and its physiologic basis succinctly: “Elevation uses the force of gravity to help reduce the blood pressure in the injured area and thus aid in slowing down the blood loss through the wound opening” [1]. This basic step in external hemorrhage control was also recommended in the Department of Transportation’s National Emergency Medical Technician curricula of 1984 and 1994, as well as prehospital care textbooks of the late 20th and early 21st centuries [2-5].

The 2010 American Heart Association recommendation to eliminate limb elevation as a hemorrhage control intervention was based upon a lack of scientific evidence to support the intervention, specifically the fact that “the hemostatic effect of elevation (had) not been studied” [6]. The 2010 AHA guidelines were also based on a revised Level of Evidence (LOE) evaluation system [7]. This new LOE grading system replaced a previous scheme used by the AHA that had allowed for “Level 8” evidence that was supported by “rational conjecture (common sense) and common practices accepted before evidence-based practices” [8]. Limb elevation as a step in the control of external hemorrhage may have been a victim of the removal of “rational conjecture” from the LOE evaluation process. The results of this study demonstrate the validity of limb elevation as a means to help control extremity hemorrhage and suggest that this simple intervention should be reinstated as part of hemorrhage control paradigms in first aid.

Recently, there has been an increased emphasis on examining the use of tourniquets to control major hemorrhage [9,10]. Such research offers important guidance for tourniquet use in military and tactical medicine, and for the treatment of exsanguinating bleeding and wounds not controlled by direct pressure in first aid and civilian EMS environments. In civilian EMS, however, the use of tourniquets is far less common than in the combat environment. The use of direct wound pressure coupled with appropriate wound elevation above the level of the heart provides adequate hemorrhage control for most wounds [2]. Kue recently reported an 8 year experience with Boston EMS and identified only 98 tourniquets uses in more than 800,000 calls [11]. The evident rarity of extremity hemorrhage of a magnitude that requires tourniquet use in civilian EMS further supports the concept that the basic interventions of direct wound pressure and limb elevation are useful and effective in the majority of wounds encountered.

Despite the efficacy of limb elevation in the reduction of hemorrhage, there are certainly circumstances where it is neither practical nor appropriate such as in combat or care under fire situations where limb elevation could expose the patient and the rescuer to increased risk of harm. Extremity wounds that present with massive exsanguinating hemorrhage should be immediately controlled by tourniquet application bypassing attempts at wound elevation. Finally, although never studied, limb elevation as a means or adjunct of hemorrhage control has been traditionally discouraged in patients with concomitant fractures in the same extremity [1].

The major limitation of this study is that it only examined venous bleeding. Although the same physics govern both low-pressure venous and high-pressure arterial circulation, it is unclear to what extent the gravitational and hydrostatic advantages of limb elevation would slow bleeding from an arterial source.