The correlation between the mothers vaginal bacterial colonization and incidence of early onset neonatal sepsis.

Until now, neonatal sepsis is a leading cause of mortality and morbidity of newborns. In developing countries, most of the neonates who were hospitalized concerned with infection. The same thing was found in developed countries on neonates who were hospitalized in neonatal intensive care unit [1]. The incidence of sepsis in developing countries is higher (1.8-18/1000) than the incidence in developed countries (1-5/1000). WHO reports that 5 million babies do not survive until 28 days age per year and 98% of mortality are from developing countries. Neonatal deaths in developing countries were caused by infections (42%), asphyxia and birth trauma (29%), preterm babies and low birth weight (10%), congenital abnormalities (14%) and other causes (4%) [2]. Although the infection can be caused by viruses, fungi, and parasites, bacterial infection is the leading cause in neonatal sepsis. Exposure can occur during gestation (in utero), during labor, and after birth. The exposure that occurs during pregnancy or during childbirth is classified into early onset sepsis (early onset) and the exposure that occurs after birth is classified into slow-onset sepsis (late onset) [3].

The bacteria that most commonly cause prenatal sepsis which found on rectovaginal are group B streptococcus (GBS), E. coli and Klebsiella, while in the environment are staphylococcus aureus, E. coli and Klebsiella [4]. GBS colonization can be found in the genital tract and lower gastrointestinal of healthy pregnant women as an asymptomatic colonization. Meanwhile, in urinary tract during pregnancy, this bacterium is associated with asymptomatic bacteriuria caused by ascended recolonization. Approximately 5-30% of pregnant women have GBS colonization and 29-72% of their infants will get the same colonization through the ascending transmission which is through the maternal genital tract on delivery process [5].

The data about pathogenic bacteria that contained in mother's vagina that possible to be transmitted prenatally in pregnant women in Makassar is still unknown because screening check up was never done so, the distribution of prophylactic antibiotics does not appropriate.

This study was a prospective cohort study that conducted at Dr. Wahidin Sudirohusodo Hospital in Makassar and its network hospital (Faisal Islamic hospital and Ibnu Sina hospital) from April until August 2015. The examinations were conducted at the Nehri laboratory of Hasanuddin University Teaching Hospital. Samples are all affordable population that met the inclusion criteria. The inclusion criteria of the mother are inpartu regardless of gestational age, prim gravid and multi-gravid, willing to follow the study/ gets a permission from her husband or family, While the inclusion criteria for infant babies born vaginally are aged ≤ 3 days and get parental consent. This study use consecutive sampling with the subject of the study based on the entry sequence to the hospital. All the data were obtained from the primary data grouped by its type of data, and then analyzed with statistical; univariate analyses, unpaired Student's t test, Mann Whitney test and X2 test (Chi square).

Table 2. Relationship of the mother's age with number of pregnancies

Table 3. Characteristics of infants with EONS and not EONS

Table 7 showed the frequency of the type of bacteria in mother’s vaginal bacterial colonization examination. Gram-negative bacteria (77.97%) were more than the gram-positive (22.03%). Gram-positive bacteria that most commonly found was S. aureus which are 11 (18.64%), while streptococcus is only 2 (3:39%). Meanwhile, gram-negative bacteria that most commonly found were Enterobacter agglomerans as many as 11 samples (18.64%). Escherichia coli, Klebsiella pneumoniae, Enterobacter cloacae, Enterobacter aerogenes, Proteus vulgaris, Providencia alcalifaciens, Pseudomonas aeruginosa, Alcaligenes faecalis, Acinetobacter calcoaticus was found in smaller amounts.

Table 5.The relationship between maternal vaginal bacterial colonization with EONS.

Table 6. Relationship of the maternal vaginal bacteria type with EONS.

Table 7.Frequency of bacteria types in the vaginal swab culture of pregnancy examination

Neonatal sepsis causes about 718.000 deaths each year or about 23.4% of the 3.1 million deaths in 2010 [6]. Neonates are particularly vulnerable to infection in the first week of life. There are 42% of deaths in the first week of life caused by infection [7]. EONS is generally caused by microorganisms that obtained from the mother before or during the birth process. Maternal genital tract organisms have an important role in EONS incidence [8]. Rectovaginal colonization of pregnant women was suspected to be a risk factor for neonatal sepsis within the first seven days of life [9]. This study is a prospective cohort to identify a relationship between the vaginal bacterial colonization with incidence of EONS.

The gestational age associated with the presence or absence of bacterial colonization in mother’s vagina with median 38 weeks and range 37-41 weeks in group with colonization and 36-40 weeks in group without colonization (p=0.037). It could be caused by mechanical and hormonal changes that occur in pregnancy. These changes reach the peak at the end of the second trimester and early third trimesters which are can cause urinary tract infection (UTI) in pregnancy. Escherichia coli are the bacteria that cause UTIs in pregnancy were found in 80- 90% cases. These bacteria will spread from the urethra to the vagina. In addition, the level of hygiene will decrease along with increasing of gestational age.

Based on frequency of pregnancy, there is significant difference between the groups of prim gravid and multigravid to the presence or absence of vaginal bacterial colonization (p=0.007). Women with multi-gravid is 1.7 times more risk to have the colonization of pathogenic bacteria in the rectum and vagina than the prim gravid. Multi-gravid has a high contact with health system (such as visits to the clinic, medical action) that can increase the chances of transmission and colonization of S. aureus and increase the occurrence of methicillin-resistant S. aureus (MRSA) and methicillin-susceptible S. aureus (MSSA) [11].

This study also analyzed the characteristics of the baby, sex, gestation and the newborn infant [12-16]. Sex dismorphism from immune response of human is quite obvious; women produce a more active cellular and humoral immune reaction. Therefore, they are more resistant to infections like bacterial and have a higher incidence of autoimmune disease than men [12]. This study found no relationship between sexes and EONS (p=0089). It is relevant with the report by Shah et al. [16] Hayun [13] and Amalia [14] with p value 0.203 and 0.067 [13,14]. Study in India also reported that there was no difference between the sexes with the rate of infection between male (2:05%) and female (2:08%) [15].

Report from Nepal stated that baby who born <37 weeks are 4.85 times more risk to have EONS on BKB [16]. In Mexico, aterm infants 2.91 times more risk having EONS but it is not significantly related on LONS [3]. Hayun also reported that gestational age is a risk factor which is 13.45 (95% CI 3.91-46.26) times [13]. It was because of the physical barriers of term infants began to mature in 32-34 weeks of gestational age [17]. aterm infants also have limited capacity to increase the production of neutrophils in response to infection and the dysfunction in all neutrophil function. In our study, we found that the gestational age was not associated with EONS incidence (p=0354). It is because all samples in this study are aterm infants with a median 38 weeks.

According to Shah et al. [16] LBW are statistically significant with odds ratio 4.85. There are also another study that showed low birth weight (≤ 2500 g) was not a risk factor for both EONS and LONS. In our study, birth weight was not significantly relate to EONS incidence (p=0.332). It is probably because birth weight of the samples in this study dominated by infants with birth weight 2400-3200 grams which is birth weight of late preterm and aterm infant, while the immunity of infant is low on LBW especially in UG<32 weeks or in the range of birth weight <1500 g.

Based on these results we can conclude that there is no correlation between vaginal bacterial colonization and EONS incidence. The results obtained in this study maybe because of the study excluded mother with chorioamnionitis. Moreover, it can also be influenced by the type and number of bacteria, while this study only identified the type of bacteria but not the number of bacteria. If that kind of analysis was done, we could conclude that to cause pathogenicity, mother's vagina bacteria must be at ≥ 106–107 in management of the patient. In this study, we found that out of five EONS incidence four are from the mother with pathogenic vaginal bacteria colonization and one without colonization, while from the results of blood cultures of infants with EONS, there are three infants with positive cultures and the rest are negative. There is only one who has similar kind of bacteria between the mother with vaginal bacterial colonization and the baby's blood culture. From these results, it can be assumed that there are other factors that influence EONS incidence besides mother’s vaginal pathogenic bacteria colonization. 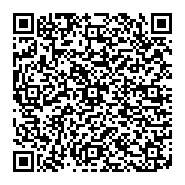