As known to all, Breast Cancer (BC) [1-3] patients with hepatic metastases are in a tough situation in terms of management. Only a few reviews have investigated the clinical outcome of this group, and a median survival within 3-14 months has been reported.

In contrast to the Western countries, where the incidence rate of BC has been stabilized or even decreased [4,5-8], but an elevation in incidence rate has been identified in most Asian countries over the past two decades. Changes in reproductive factors, environmental exposures, and lifestyle, such as dietary intake and physical activity, have all been considered as the risk factors contributing to such a phenomenon. With the westernization of some Asian countries, this trend will continue, and there is no doubt that soon, breast cancer patients will be dominated by Asians. Therefore, it is crucial to improve our understanding of breast cancer among Asian women.

Clearly, elderly patients will account for an increasing proportion of breast cancer patients in routine clinical practice over the years to come. The optimal treatment strategy in this population has been insufficiently documented. Most trials on conservative therapy for BC have excluded patients over the age of 70 y, and postoperative Radiotherapy (RT) [9-13] remains the standard protocols for patients in stages I and II of breast cancer to ensure optimal local control.

Therefore, the aim of this paper is to detect the expression of BRCA1 and Ki-67 in young patients with breast cancer, investigate the clinical research significance, and discuss the pathology classification of breast cancer.

Patients with early clinical stages I and II breast cancer were recruited across the West Midlands, and were divided to immediate postoperative radiotherapy or follow-up only. Those receiving radiotherapy were further divided between long- and short-course radiotherapy fractionation. Women were eligible if they had histologically proven adenocarcinoma of the breast that had been completely surgically removed resulting in a cosmetically satisfactory breast; clinical tumor measurement had to be less than 5 cm with no clinically palpable axillary nodes and no evidence of systemic disease. Eligible patients were required not to have had any previous malignancy (excluding basal cell carcinomas of the skin and in situ carcinoma of the cervix) and had received no previous radiotherapy or chemotherapy.

Attempts were made to achieve a wide local excision with an acceptable cosmetic result. Axillary sampling was not standard practice at the time and was not recommended. After excision, the local pathological histological report was recorded and subsequently a central histological review of 218 specimens carried out.

A four-field technique was used to irradiate the breast and ipsilateral axillary, supraclavicular lymph nodes using isocentric megavoltage equipment with the patient in a stationary, supine position with the arm abducted to 90º. Reference planning films of supraclavicular and medial tangential breast fields were used. Field edges were matched to the 50% isodose and the posterior axillary field supplemented the anterior component of the large supraclavicular field.

It uses SPSS 17.0 software (SPSS Inc., Chicago, IL), the group was asked to count variable with using rank and inspection, do the classification of related factors are in order variable logistic regression analysis, and P<0.05 for the difference was statistically significant.

In total, 3283 primary operable breast cancer patients were divided to one of the trials. Of these patients, 3012 breast cancer patients were deemed eligible. 3648 patients had cT1 or cT2 tumors [14-16] and were subsequently included in the analysis. At the time of the analysis, the median follow-up period in this subset of patients was 11 y, 1016 patients have died, and 314 patients have developed a loco regional recurrence as their first event. Other patient characteristics are listed in Table 1. 1836 patients (55.9%) underwent breast-conserving therapy. Breast-conserving therapy consisted of lumpectomy and axillary lymph node dissection followed by adjuvant radiation therapy. 1726 patients underwent a modified radical mastectomy.

Seeing in Table 1, the stage of characteristics of patients for mastectomy are 47%, 43%, 76% respectively, total of 51%, and the Breast-Conserving Therapy (BCT) of general guidelines concerning adjuvant radiotherapy were as follows: for patients both after mastectomy or breast-conserving therapy, irradiation of the parasternal lymph node region was indicated for patients with a centrally or medially localized tumor and for patients with a lateral tumor and histologicallyproven axillary lymph node metastases. Postoperative radiation was always given in cases in which surgery was considered not to be radical. In case of the Chemotherapy (CT) that it not adjuvant are 83%, 45% and 0, total of 51%, and adjuvant CT are 20%, 61%, 98% respectively, total of 53%.

As Q-TWiST analysis [17] of preference was performed based on all patients, but again excluding patients who had already progressed at the time of division. The Q-TWiST analysis was proposed originally for the evaluation of early breast cancer treatment. Different states are given utilities or values in the analysis (Figure 1). 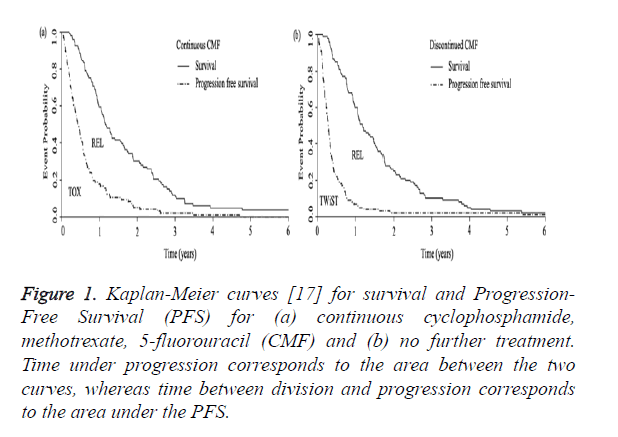 Table 2. The expression of BRCAl in breast cancer tissue and clinical pathological indicators.

In conclusion of the expression of BRCAl in breast cancer tissue and clinical pathological indicators that among women with a BRCA1 mutation, current alcohol consumption was more common among controls than among the cases. In a multivariable model, the odds ratio for breast cancer associated with current alcohol consumption, and a significant trend of decreasing risk with increasing drinks per week was observed.

Table 3. The expression of Ki-67 in breast cancer tissue and clinical pathological indicators. 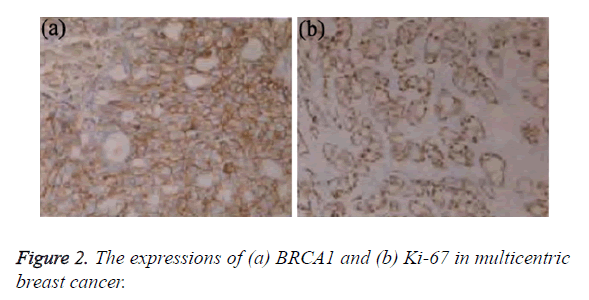 Figure 2. The expressions of (a) BRCA1 and (b) Ki-67 in multicentric breast cancer.

To extended knowledge, this is one of the largest multi-ethnic collaborative studies in Asia assessing the presentation, management and survival following breast cancer among Asian women. However, we do acknowledge that this study suffers from limitations. While Malaysia is an upper-middle income nation, China is a high-income nation, making populations heterogeneous from socioeconomic perspectives. However, the two hospitals in this study are tertiary academic centers with comparable diagnostic and therapeutic facilities.

As conclusion of this study that results of our study point to the need for a revision of the optimal management of BC patients with liver metastases alone, given that the detection of this small subset of BC patients is now facilitated and that a median survival of more than 2 y can be achieved with modern chemotherapy. Optimism is fed by the fact that there is level III evidence supporting the hypothesis that MBC might be curable with a multidisciplinary approach in highly selected patients with limited metastases.