The cause of idiopathic pulmonary fibrosis.

The histological pattern of typical interstitial pneumonia characterises idiopathic pulmonary fibrosis, an aging-related fibrosing interstitial lung disease. Although the pathophysiology of IPF is not fully understood, recent discoveries defining certain clinical and pathologic characteristics of the disease have improved our understanding of the molecular pathways that are pathologically engaged in the illness. With a focus on genetic predisposition to IPF and how genetic alterations, which predominantly affect epithelial cells, activate profibrotic pathways in epithelial cells, we highlight some of these developments in this review. The pathologic alterations in IPF fibroblasts and the extracellular matrix are next covered. Finally, a synopsis of the potential connections between these profibrotic pathways is provided.

IPF has drawn the most attention among the different types of interstitial lung disease because of its very bad prognosis and resistance to conventional treatments. The most typical natural history of IPF is progressive dyspnea leading to eventual respiratory collapse, with a median survival of barely 3 years. Acute respiratory crises in IPF patients are common and frequently accompanied by a significant risk of death. Acute exacerbations are what are known as idiopathic acute worsenings when there is no known reason for more than half of these acute episodes. Acute exacerbations of IPF are thought to be an intrinsic acceleration of the underlying disease process, possibly brought on by a hidden stressor like a viral infection, microaspiration, or environmental pollutants [1].

Although the innovative antifibrotic drug pirfenidone has been approved for use in some nations, there are no universally recognised treatments for IPF. Notably, prednisone and immunomodulatory drugs like azathioprine are ineffective in treating interstitial lung disease. In fact, the active therapy arm of a recent randomised controlled study of prednisone, azathioprine, and the antioxidant acetylcysteine was terminated early due to safety and efficacy concerns. Drug development has concentrated on targeting fibrogenesis and fibroproliferation as a result of this lack of efficacy, and a growing number of targeted treatments are currently undergoing early-phase clinical studies. In the coming ten years, it appears likely that the therapeutic environment for IPF will undergo significant change [2].

The typical interstitial pneumonia caused by idiopathic pulmonary fibrosis is frequently recognised by a lack of homogenous lung tissue involvement and a lack of inflammation. Additional histologic abnormalities that can identify other diseases that share similar symptoms may appear as fibrosis secondary to alveolitis. The lung tissue in autoimmune connective tissue diseases may exhibit peripheral fibrosis and honeycombing, two characteristics of typical interstitial pneumonia. However, there is frequently additional centrilobular fibrosis, in which the less affected lung tissue exhibits a lacy fibrosis or chronic inflammation. Additionally, these individuals frequently have pleuritis or conspicuous lymphoid masses. The lung may also develop peripheral fibrosis with honeycombing in hypersensitivity pneumonia, but many patients also have substantial peribronchiolar fibrosis and may show scattered, poorly formed granulomas [3].

An extensive family of people with pulmonary fibrosis was subjected to whole-genome linkage analysis utilising a panel of more than 6,000 single-nucleotide polymorphism markers. The damaged region was located on chromosome 10q22, according to the findings. In this area of the chromosome, there are genes that code for the surfactant proteins A1, A2, and D. These genes have been named as candidate genes. A missense mutation that predicted a G231V missense mutation in surfactant protein A2 was discovered by sequencing these genes. A second missense mutation in the surfactant protein A gene was discovered through further sequencing in different FPF kindreds. The translated proteins are predicted to be unstable by both mutations, and the mutant proteins are improperly maintained in the endoplasmic reticulum and are unable to form higher-order oligomers [4].

IPF is an ever-evolving lung problem of expanding predominance that is a significant reason for death for people experiencing the illness. Ongoing advances in the robotic comprehension of IPF pathogenesis grant the thought of a conceivable grouping of occasions that lead to the improvement of pneumonic fibrosis. This arrangement of occasions can be partitioned into three pathophysiologic stages. The inclination stage incorporates hereditary transformations or varieties that incline people toward foster lung fibrosis; the constant epithelial cell turnover during the lifetime of a person, which prompts abbreviated telomeres; and natural openings. These variables at last lead to epithelial cell brokenness. Not all people in this stage will fundamentally foster clinically significant sickness; whether they do relies upon the degree and term of openness to these elements. In commencement stage, atomic go betweens of epithelial cell brokenness, for example, trama center pressure; over the top TGF-β enactment; and development factor, chemokine, or Wnt discharge lead to EMT, fibrocyte enlistment, and fibroblast separation. These lead to the movement stage, during which pathologic mesenchymal cells discharge strange sorts and amounts of grid proteins, which redesign and scar the lung. 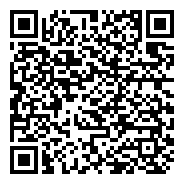