The biological activation of fibroblast growth factor receptor in a klotho dependent manner.

The diverse, complicated, and functional importance of FGFR signalling is highlighted by the pleiotropic effects of fibroblast growth factors (FGFs), the ubiquitous expression of all seven signalling FGF receptors (FGFRs) throughout the body, and the dramatic phenotypes demonstrated by several FGF/R knockout mice. During normal tissue development, homeostasis, and repair, the FGF/R axis is crucial. As a result, it's not unexpected that there's a lot of data linking abnormal FGFR signalling to disease, including cancer. Mutations, gene fusions, and amplifications, as well as corrupted autocrine/ paracrine loops, are all examples of FGFR abnormalities in cancer. Many cancer clinical trials are focusing on targeting the FGF/FGFR axis with selective FGFR inhibitors, nonselective FGFR tyrosine kinase inhibitors, ligand traps, and monoclonal antibodies, with some already licenced for cancer treatment. Resistance to FGFR axis-directed treatment drugs could be due to a variety of causes, including the varied tumour microenvironment and the complexity of FGFR signalling. The structure and function of FGF(R)s, as well as their common abnormalities in cancer and the therapeutic benefit of targeting their function in cancer, will be the focus of this review [1].

Three immunoglobulin-like domains, an acid box, a transmembrane domain, and a split intracellular tyrosine kinase domain make up FGFR. Two FGFs, two FGFRs, and one heparin sulphate proteoglycan make up the FGF–FGFR complex (HSPG). Upon ligand interaction between Ig2- Ig3 and receptor dimerization, the TK domains are Trans phosphorylated. This sets off a cascade of downstream signalling molecules that can activate important pathways like MAPK, AKT, PLC, and STAT1 and, in turn, influence target genes involved in cell proliferation, migration, differentiation, survival, anticancer drug resistance, and neoangiogenesis. SEF, FGFR-like 1 (FGFRL1), sprouty (SPRY), and MAPK phosphatase 1 and 3 can all inhibit signalling at varying levels [2].

FGFRs are a receptor tyrosine kinase gene family that includes at least four signalling members in vertebrates, called FGFR1, FGFR2, FGFR3, and FGFR4. Exons are commonly found in FGFR genes, which have a similar exon–intron architecture and are randomly distributed around the genome with no obvious links to FGF gene sites. FGFRs are tissuespecific in their expression throughout development and into maturity, and they can produce numerous receptor isoforms by alternative splicing of parent transcripts. The overlapping patterns of FGFR and FGF ligand expression provide one way for distinguishing their biological functioning during development and adulthood.

An external ligand-binding domain, a single-transmembrane domain, and a split intracellular kinase domain make up the structure of FGFRs. Two to three immunoglobulins (Ig)- like domains in the extracellular area are required for FGF binding. These Ig-like domains can control ligand affinity as well as specificity. Between Ig domains I and II are the locations for heparin binding, ECM binding, and cell adhesion connection. The functional domain responsible for FGFR tyrosine kinase activity, as well as other sites required for protein binding and phosphorylation or auto phosphorylation of the receptor molecule is found in the intracellular area [3].

Klotho is a transmembrane protein encoded by the hKL gene in humans. This protein, which is mostly expressed in the distal convoluted tubule of the kidney, parathyroid glands, and the choroid plexus of the brain, is known to have antiaging properties. The Klotho protein is found in two forms: a full-length membrane form and a soluble secreted form that performs a variety of tasks. Klotho's extracellular domain can be broken and released into the systemic circulation, where it serves as a hormone and a -glucuronidase. Soluble Klotho is a multifunctional protein found in mammals' bodily fluids such as blood, urine, and cerebrospinal fluid. Klotho deficiency causes various organ failure, as well as the onset of multiple age-related illnesses and mortality, whereas Klotho overexpression has the opposite impact. Klotho, an enzyme and hormone, has been shown to regulate cellular transport mechanisms across the plasma membrane, either indirectly by suppressing calcitriol (1,25(OH)2D3) production or directly by altering transporter proteins such as ion channels, cellular carriers, and Na+/K+-ATPase [4].

Klotho protein, as a result, is an important regulator of cellular transport across the plasma membrane. Klothodependent cellular transport regulation indicates stimulatory or inhibitory actions, which is significant. Klotho has been found to regulate a number of calcium and potassium ion channels, as well as a number of cellular carriers, including Na+ coupled cotransporters including NaPi-IIa, NaPi-IIb, EAAT3, and EAAT4, CreaT1, and Na+/K+-ATPase. These rules are part of Klotho's antiaging function, which we'll talk about later in this chapter. Clearly, further research is needed to determine the influence of Klotho on additional transport proteins, as well as the underlying molecular mechanisms by which Klotho works [5]. 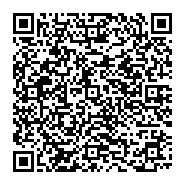