Joint attention refers to the ability to share attention between two individuals and a third object. These skills include referential gaze and gestures such as giving and showing, and pointing. We distinguish the RJA (Response to Joint Attention) when a behaviour is initiated by the parent and the child follows an indicated object with his eye gaze, and the IJA (Initiative to Joint Attention) when the child begins a sharing behaviour aimed at satisfaction of his needs. Some researchers have highlighted how temperament plays a role in the development of JA, in particular the style of temperament and emotional reactivity. In this study, we investigate infant’s temperamental elements at 18-24 month and how it could relate to IJA and RJA performance. Study participants were recruited among 32 nurseries, for a total of 248 children. In order to assess the temperamental factors and joint attention capabilities, nest operators were required to perform two questionnaires, respectively to evaluate the temperament and JA.

Joint Attention (JA) is considered as the precursor and the centre of communicative-social development, constitutive of referential communication and the potential to share the outside world with others [1,2]. Baron-Cohen hypothesized the existence of a JA mechanism, suitable to represent the shared attention between the subject and another agent while observing at the same object [3]. The author hypothesized the appearance of this mechanism, typically during development, between 9 and 14 months of age. In children affected by Autism Spectrum Disorders, the almost total absence of this ability during the development phase, led Baron-Cohen to hypothesize that understanding the mental state of attention is an early precursor of the Theory of Mind (ToM). Achieving JA's abilities constitutes a milestone throughout child development, as this domain reflects the emergence of those socio-cognitive processes that could provide a basis for language and social skills development [2,4-6].

JA's capabilities are conceptualized into two typologies: Initiation of Joint Attention (IJA) and Response to Joint Attention (RJA) [7-9]. Specifically, the Response of Joint Attention (RJA) represents the ability to respond to others that Initiate Joint Attention (IJA). When the child, for example, indicates or vocalizes to guide the attention of an adult or to satisfy his needs and interests in the social environment, we refer to the IJA, while if the child follows the adult gaze to look at an object (for example an airplane), we refer to RJA. Individuals dissimilarities in RJA and IJA have been associated with linguistic, cognitive, and social skills differences, defining children with typical and atypical development [6,10-14].

Other studies indicate that differences in the development of JA may be related to the caregiver affective disorder, attachment pattern, age of caregivers or to the level of social incentive in the family environment, suggesting that individual differences can relate to the quality and quantity of interactions with caregivers, thus affecting the development of joint attention; however, biological temperamental factors might also correspond to differences in JA levels [23-26]. In this study, we investigate infants’ temperamental elements at 18-24 month and how it could relate to IJA and RJA performance. In this regard, through a sample of 248 children, we verified the existence of specific temperamental patterns at an early age. We then tried to understand if the individual patterns correlated with JA. A novelty of the present work, compared to other studies, was the hypothesis of differences in expressiveness in terms of IJA and RJA in relation to the different temperamental patterns. Thus, we hypothesize that open and positive children had to have a different IJA/RJA profile from that of inhibited and negative children.

In this study, 248 infants aged 18 to 24 months were recruited among 22 nurseries in Naples and 10 nurseries in Caserta; data were collected by psychologists of the Italian Neuroscience and Neurodevelopment. Specifically, participants consisted of 140 Females and 108 Males, with a mean age of 19.8 months. The inclusion criteria were as follow: a) Age group between 18 and 24 months; b) Absence of childhood neuropsychiatric pathologies; c) Absence of psychiatric pathologies in the parental couple; d) Absence of socio-cultural disadvantage factors in the parental couple (middle-upper socio-cultural class), e) Parental age below 35 years. The inclusion criteria referring to the parental couple were chosen to avoid interference on temperament/JA correlations and to provide a more homogeneous survey sample.

QUIT: The questionnaire is addressed to the parents and considers 6 critical dimensions for the definition of the temperamental profile. Namely, these dimensions are represented by: Social Orientation (SO), Novelty Inhibition (NI), Motor Activity (MA), Positive Emotionality (PE), Negative Emotionality (NE), and Attention (A). The questionnaire can be presented as a 56 questions test, suitable for children aged between 12 and 36 months, as well as a 60 questions test, suitable for children between 3 and 6 years. Although the questionnaire forms are different, both refer to the same 6 dimensions. The instructions attached to the questionnaire invite the parent to think about the child conduct in the last week and to express the "answer" with a 6-point Likert scale, ranging from 1 (almost never) to 6 (almost always).

PICS: Questionnaire addressed to the parents, considering 3 critical dimensions for a correct communicative-social development in the 9-30 months range. These dimensions are represented by: Initiation to Joint Attention (IJA), Response to Joint Attention (RJA) and Mutual Regulation Initiative (IMR). The questionnaire includes 16 questions related to the different preverbal behaviours regarding the above dimensions. Each question is associated with an image to make it more explicit whilst indicating the corresponding behaviour. Finally, for each question there are four possible answers ranging from 0 (Never) to 3 (Often).

A total of 248 children were recruited by psychologists through a collaboration comprising 32 nurseries (22 Neapolitan and 10 Caserta nurseries). For each child taking part in the study, the nursery operators had to fill in two questionnaires: the QUIT questionnaire to define the child temperamental profile and the PICS scale to obtain information on the child social communication skills in terms of IJA and RJA. Children were considered suitable participants according to the following inclusion criteria: age, absence of childhood neuropsychiatric pathologies, absence of psychiatric pathologies in the parents, socio-cultural status of the parents (medium-high) and parental age under the age of 35. The nursery operators were required to fill in the questionnaire, avoiding the emotional involvement or the implication of other affective-relational factors typical of parents that describe their children at this age.

Table 1. Correlations between the dimensions of the Temperament; *P<0.05.

Table 2. Correlations between the dimensions of temperament and those of the PICS; *P<0.05.

In fact, JA abilities emerge during the different evolutionary stages while individual temperamental differences are present from birth. Some studies have attempted to investigate correlations between temperament and JA found that certain temperamental profiles can predispose children to social engagement, thus increasing their JA skills [11,41,42]. Therefore, children with conflicting temperamental profiles may develop JA abilities differently. For example, children with a high level of control (characterized by greater abilities to sustain attention, shift attention, self-regulate discomfort and inhibit inappropriate responses) may have greater JA abilities than children with poor control because the former have additional attention resources to devote to their interactions with others. Similarly, children with high perceptual sensitivity (i.e who are predisposed to direct attention resources towards low-intensity environmental stimuli), or with a low level of control, may be relatively unable to initiate or respond to joint attention due to less flexibility of attention resources [42].

However, only a few published studies have investigated the relationship between temperament and JA in terms of IJA and RJA [41-44]. In our study, we analysed how temperamental elements of children in the 18-24 month range could be related with the expression of IJA and RJA behaviours. Specifically, we identified temperamental patterns to demonstrate correlations with IJA and/or RJA in early times (18-24 months). In our correlational analysis, we investigated temperamental dimensions highlighting two specific temperamental patterns. We then analysed the correlations between temperamental dimensions and JA dimensions. The positive and open pattern was the first one to emerge, characterized by greater initiative in JA exchanges highlighted by an increase in IJA as positive emotionality and positive social orientation increase. Children with this temperamental profile are therefore more predisposed to social exchanges. We might therefore expect emotionally positive children (defined as children who display positive emotions in response to both high and low intensity environmental changes or stimuli) to be more prepared to social engagement since positive emotionality can support interpersonal exchanges [45]. Successively, the inhibited and negative pattern was investigated. This pattern shows a greater RJA as negative emotionality increases: the RJA increases in this profile as the other person is used as a reference point; what is important to the other is perceived as a source of interest, as a stimulus to be controlled (a possible threat or stressor).

We could therefore expect that emotionally negative children (frequently showing fear, frustration, sadness, or discomfort) may be reticent in social exchanges and inhibited by novelty but maintain a high level of RJA as a source of environmental monitoring [46-48]. From our correlational analysis, we did not show a third temperamental pattern (Hyperactive and Inattentive), and we believe this is because these patterns are not yet sufficiently defined and discriminated in young children. Overall, this study shows that individual differences in terms of temperament may therefore affect children’s JA abilities by making children more or less likely to engage in social exchanges or respond to social offers. The greater distribution of IJA or RJA could favour one temperament rather than another. However, this study presents several limitations that preclude from the generalization of the results. For instance, our work lacks of a long-lasting follow-up and the tests implemented to evaluate temperament and JA are based on an indirect approach rather than on a direct observation tools. Future work could consider periodic followups and the use of direct observation scales [49,50].

Literature on joint attention shows that monitoring children’s cognitive abilities in early stages is of fundamental in order to early detect autism predictors. However, the present study shows that certain temperamental patterns, which are manifested since birth, have a potential impact on the development of JA showing that monitoring predictors of autism can be done even earlier than JA skills manifestation.

Therefore, we believe that temperamental patterns need to be included in the toolkit for early detecting autism manifestations. Moreover, we hope that this toolkit might be implemented also by parents, and not only by practitioners, if considering the easiness and low-cost of administration. Although it is premature to draw conclusions with respect of the possibility that temperamental patterns contribute to a very early detection of autism spectrum disorder, we hope that the present study might be of special help to caregivers into improving the environmental factors that affect temperament, and consequently, the development of JA.

All procedures performed in this study (which involved human participants) were in accordance with the ethical standards of the institutional research committee and with the 1964 helsinki declaration and its later amendments or comparable ethical standards.

Informed consent was obtained from all caregivers of the participants included in the study. 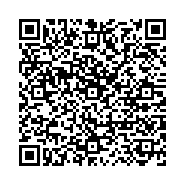