Myocarditis, also known as inflammatory cardiomyopathy, is inflammation of the heart muscle. Symptoms can include shortness of breath, chest pain, decreased ability to exercise, and an irregular heartbeat [1]. The duration of problems can vary from hours to months. Complications may include heart failure due to dilated cardiomyopathy or cardiac arrest [2]. In 2013, about 1.5 million cases of acute myocarditis occurred. While people of all ages are affected, the young are most often affected [3]. It is slightly more common in males than females. Most cases are mild. In 2015 cardiomyopathy, including myocarditis resulted in 354,000 deaths up from 294,000 in 1990. The initial descriptions of the condition are from the mid-1800s [4].

The progress achieved in the synthesis of heterocyclic compounds with biological potential is due to improvement of the methodological study of tested substances too [5]. It is known that many heterocyclic derivatives have biological activity, with their antibacterial, antimycobacterial, antimycotic, antifungal, antidepressive, and cardiotonic action being notable [6,7]. Recent research has also established for these heterocycles an analgesic and anti-inflammatory activity [8]. The present work deals with the synthesis and characterization of the title compound (2S, 5R)-6- (benzyloxy)-7-oxo-1, 6-diazabicyclo [3.2.1] octane-2- carboxamide (3). The compound (3) were synthesized by ammonolysis benzyl (2S, 5R)-5-((benzyloxy) amino) piperidine-2-carboxylate oxalate (1) as start material obtaining (2S, 5R)-5-[(benzyloxy) amino] piperidine-2-carboxamide (2), then treated with 9-fluorenylmethyl chloroformate, carbonyl diimidazole and diethylamine in one pot (Scheme 1). The antiinflammatory activity of the title compound (3) was then evaluated. 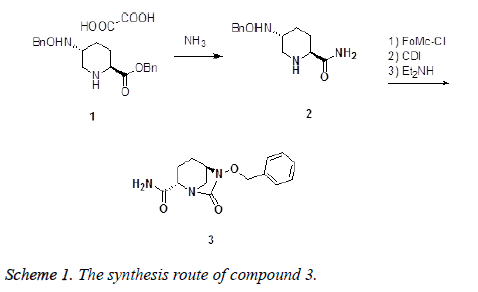 Scheme 1: The synthesis route of compound 3.

Synthesis and characterization of compounds 2 and 3

Suitable single crystals of compound 3 were obtained by evaporation of chloroform solution. The diffraction data were collected on a Bruker Smart Apex CCD area detector using a graphite monochromated Mo Kα radiation (λ=0.71073 Å) at room temperature. The structure was solved by using the program SHELXL-97 [9] and Fourier difference techniques, and refined by full-matrix least-squares method on F2. All hydrogen atoms were added theoretically. Crystallographic data for compound 3 are listed in Table 1.

The structure of compound 3 was confirmed by 1H NMR and MS. These spectroscopic data are in good agreement with the assumed structure, and its structure was further determined by X-ray single-crystal diffraction analysis. The selected bond distances, bond angles and torsion angles are listed in Table 1.

Anti-inflammatory activity by carrageenan induced paw oedema in rats at the end of 3 h. Drug was given orally as solution in distilled water (*p<0.05 Mann-Whitney test). Six rats were used for each test group and the control.

In conclusion, we synthesized a novel heterocycles derivative and characterized them via IR, 1H NMR, HRMS, and single crystal X-ray crystallography. From these data, we can conclude that compared with compounds 1 and 2, the antiinflammatory activity of the title compound 3 has been much improved. However, additional studies are needed to define the mechanism underlying its anti-inflammatory activity and evaluate the correlations of its drug efficacy in vivo.