Surgical treatment of pilonidal sinus in children: opportunities and perspectives.

Introduction: Pilonidal Sinus (PS) in children is the severe disease with up to 38% of recurrences. For the treatment of which different surgical techniques are offered. Objectives: To define the optimal surgical methods of treatment of PS in children. Material and Methods: For the period from 2015 to 2021 in surgical department of clinical children`s hospital 95 children with diagnosis of PS, aged 13 to 18 years were operated on. In accordance to type of operation, children were divided into three groups: I group: Limberg flap plastic–35 children, II group: Sewing to the Fascia (SF)–32 children; III group: Primer Closure (PC)–28 children. Sex, age, previous operations of PS abscesses, specimen volume of PS were determined. Body Mass Index (BMI), Duration of Hospitalization (DoH), Duration of Pain (DoP), wound healing were calculated. Observation period was from 1 up to 6 years in all groups. Histological studies of PS specimen were performed in children of 13 and 18 years old. Result: The longest wound healing duration were observed in II group, the shortest in I group, which indicates the effectiveness of Limberg flap plastic in relation to this indicator in children. DoH and DoP (days) were almost the same in I and III group. DoP (days) was higher in II group in relation to I and III group. BMI and age were almost the same for all groups. In postoperative period were observed complications in 57 children of different groups: fluid collection, wound infection, flap edema, hematoma, partial wound dehiscence. When performing histological examinations, were observed some differences in histological structure of PS specimen of 13 years old child and 18 years old child, which indicates of progressing of disease course with age. In our research recurrences of PS were observed in 25% of cases of PC performing, in 18.75% of cases of SF performing and were not observed in cases of Limerg Flap plastic performing. Conclusion: Limberg flap plastic for surgical treatment of PS in children is an optimal method with the least count of complications, absence of recurrences and favorable course of postoperative period according to DoH (days), DoP (days), and wound healing duration (days).

Pilonidal Sinus (PS) is skin and subcutaneous fat tissues chronical inflammation process. PS is narrow canal, covered with epithelium, which contains sebaceous glands, hair follicles and opens in intergluteal cleft by one or a couple of holes. Some authors consider that PS is congenital disease, which is conditioned by defect of caudal end development of embryo, the consequence of which is under skin and intergluteal cleft remaining of epithelium covered canal.

Other researches determine: empiric, neurogenic origin, ectodermal invagination and acquired origin of PS theories. These theories consider PS as acquired disease. Ingrown and immersion and penetration of hair into the subcutaneous fat tissue with the formation of fistulas and inflammation are their basis [1]. Despite of a big amount of performed researches, there is no unified theory of PS origin for this time.

One or a couple of point holes which are located in the midline are external manifestations of PS. Disorder of clear passage drainage across initial holes leads to purulence. Infection content melts parries of sinus from the inside, infects subcutaneous fat tissue and forms abscess. With long-term refuse from radical treatment may occur: multiple secondary holes on perineum, scrotum, inguinal folds and even on anterior abdominal wall. Squamous cell cancer cases have been reported [2].

We cannot appear results of operations on PS satisfactory. Duration of sacrococcygeal area postoperative wound healing varies from 14 days up to 1 year. Recurrence frequency is from 2.5% up to 53% [3]. It is generally accepted, that the main method of PS treatment is surgical. It is necessary to remove the main inflammation source with all primary holes, damaged tissues and secondary fistulas.

Surgical method has to provide: minimal duration of hospitalization, complete cure with minimal risk of recurrence, being simple in performing, opportunity of fast vocational rehabilitation.

PS cases in children, especially in teenage period is 1.2-2/10.000. Obesity, sedentary life, intergluteal cleft and sacrococcygeal area irritation are factors which contribute of PS origin. PS is observed in 1.2 for 10000 children [4]. In period from age of 12 to 19 years old, in USA it completes 70000 cases per year [5].

To define the optimal surgical methods of treatment of PS in children.

For the period from 2015 to 2021 in surgical department of clinical children`s hospital 95 children with diagnosis of PS, aged 13 to 18 years were operated on.

Despite of surgery method, before operation all children underwent a cleansing enema and shaving of surgical field. Operations were performed under general anesthesia in the prone-jack knife position. Children were divided into three groups according to surgery method.

By rhomboid cut, undertaking all primary and secondary fistulas, we excited tissues within normal subcutaneous fat tissues to sacral fascia in depth and as caudally as possible with control of all cyst tissue excision. Excision was performed so that the wound took the form of a deltoid. Hemostasis was provided. For 1 cm depth from bottom of the wound subcutaneous fat was mobilized.

By two circumferential incisions, PS by one specimen was removed, hemostasis was provided. Provided suturing of the edges of wound to the bottom of sacral fascia, by piercing the skin, step 1-1.5 from the edge of the wound was performed the suture with the bottom of the wound by capturing of sacral-coccygeal fascia. The incision was made 3-4 mm outside the center line on the opposite side of the edge. The same sutures were performed along whole lengths of the wound in a “checkerboard” order with the distance of 1.5-2 cm from each other. Helding and tying of the ligatures. As the result, it remains the strip on the bottom of the wound. Wide was 0.3-0.5 cm, which performs a drainage function, without tension of ligatures. Sutured skin was solidly fixed by dressing [6].

By two circumferential incisions, PC with holes was removed to sacral fascia. Subcutaneous fat was mobilized laterally to the bottom (for 1 cm). Knotted stitches were applied with capturing of the bottom of the wound (Vicril), knotted stiches were applied to the skin. Sterile dressings.

Table 1: Distribution of children operated with PS depending on sex, age, previous purulence and specimen volume.

Body Mass Index (BMI), Duration of Hospitalization (DoH), Duration of Pain (DoP), wound healing were calculated. Observation period was from 1 up to 6 years in all groups.

Histological studies by preparing of hematoxylin-eosin staining of PS specimens of 13 and 18 years old children were performed.

The longest wound healing duration were observed in II group, the shortest in I group, which indicates the effectiveness of Limberg flap plastic in relation to this indicator in children. DoH and DoP (days) were almost the same in I and III group. DoP (days) was higher in II group in relation to I and III group. BMI and age were almost the same for all groups. (Table 2) see (Figure 2)

Table 2: BMI and age were almost the same for all groups.

Fluid collection was observed in I and III groups, which requires of dilution of the wound edges and drainage during 1-2 days. All children received antibiotic therapy in postoperative period. However, in all groups, in children which has previous abscess incision, wound infection was observed. In cases of wound purulence, drainage, washing the wound with antiseptic solutions (4-5 days), further wound-healing ointments was applicated, which prolongated wound healing duration. Flap edema was observed in all groups and was related with two reasons: 1. Considerable tissue tension, which is conditioned with operative technique and probably with insufficient tissues mobilization; 2. Surrounding PS tissues infection. Hematoma was observed in all groups. It was the consequence of blood pressure elevation in postoperative period and insufficient hemostasis of small vessels during operation. Partial wound dehiscence was consequence of postoperative wound purulence. In cases of LFP, complications were observed only in one case. On the 3d day of postoperative period was performed drainage, washing the wound with antiseptic solutions, application of wound-healing ointments. On 10thday was performed secondary stitching application, which were removed on 5thday with further wound healing. (Figure 3) (Table 3)

Existence of complications in postoperative period in children with PS, which was operated on different surgical methods was precondition for recurrence and requires providing reoperation.

In 13 years old children appearance of proliferative acanthus is with thickening of the basal and spongy epidermis layers and elongation of the papillary processes was on skin surface was observed.

In some places the appearance of hyperkeratosis was observed. In the depths of the dermis alternate areas of normal structure and areas with foci of chronic inflammation with a high concentration of lymphoid and plasma cells and disintegration of connective tissue.

There are always signs of chronic inflammation around varicose veins. Due to inflammation, there is proliferation of blood vessels. Chaotically located hair rods in some places of a connecting tissue with inflammation signs are observed.

In 18 years old children, there are many newly formed thin walled vessels, which are mostly venous type and often varicose. They are surrounded by lymphoid cells, plasma cells, macrophages (signs of chronic inflammation). Periodically there are places of focal inflammation. There is scar tissue in some places (collagen foci). Epithelium has the phenomena of acanthus is (increase in the number of figures of acanthus). (Figure 4, 5)

Table 4: Recurrence depending on the method of surgery, according to data of some surgical clinics.

Table 5: Distribution of children operated with PS depending on operation type and recurrences

Removing of the main source–pilonidal sinus with all primary holes, damaged tissues and secondary holes is the main principle of any surgical treatment of PS. So, if this requirement is done, recurrence will not occur. However, some researches of other surgeons and our research demonstrate the opposite. Histological research indicates the disease progression in children with age. Flap plastic (Limberg) usage in children demonstrate the acquiring theory, because in this operation the configuration of the sciatic fold is shifted. It prevents hair in growth, provides better tissue alignment without tension and cavity formation. All of this prevents disease recurrence.

1 PS in children is an acquired, progressive disease, which requires surgical treatment, which can be primary (without preoperative complications) and secondary (PS removing after abscess drainage). The highest recurrence percent of children with PS is observed after Primer closure (25%) and Sewing to the fascia (18.75%). Optimal surgical technique for PS treatment in children is Flap plastic (Limberg), because of the least complications count, recurrences absence and favorable course of postoperative period according to DoH (days), DoP (days) and HT (days). 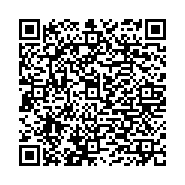