Surgical treatment of hydrosalpinx improves the expressions of integrin ?v?3 and L-selectin ligand in the endometrium in implantation window

Under the influence of steroid from the ovaries, the endometrium undergoes periodical changes. Thus, the embryos can implant in the endometrium only in the proper phase [1]. The blastocyst implantation is shared by all mammals in nature and usually occurs between 3 days and 6 days after fertilization, which is corresponding to the days 21~24 or 5~8 days after the LH peak. That is to say, the embryos enter the uterus in the implantation window. The embryos and endometrium secret some related proteins and cytokines in a strictly spatial-temporal sequence. These proteins and cytokines recognize each other and cooperate leading to the implantation [2]. These bioactive cytokines and proteins are known as markers of the endometrial receptivity.

A total of 60 patients with hydrosalpinx and 30 patients with fallopian tube obstruction were recruited from April 2010 to December 2010 from the Center of Reproductive Medicine of the Affiliated First Hospital of Sun Yat-sen University.

Hydrosalpinx: The bilateral or unilateral hydrosalpinx was diagnosed by hysterosalpingography (HSG) or laparoscopy (LAP) and untrasonography.

The fallopian tube obstruction was diagnosed by HSG or LAP, and ultrasonography was performed to exclude the presence of hydrosalpinx.

Five fields were randomly selected from each section at a magnification of 400, and the integrated optical density (IOD) was determined by using the Image-Pro Plus 5.1 Chinese.

The IOD was expressed as means ± standard deviation (x±s). Statistical analysis was performed with SPSS version 13.0. A value of two-tailed P<0.05 was considered statistically significant. 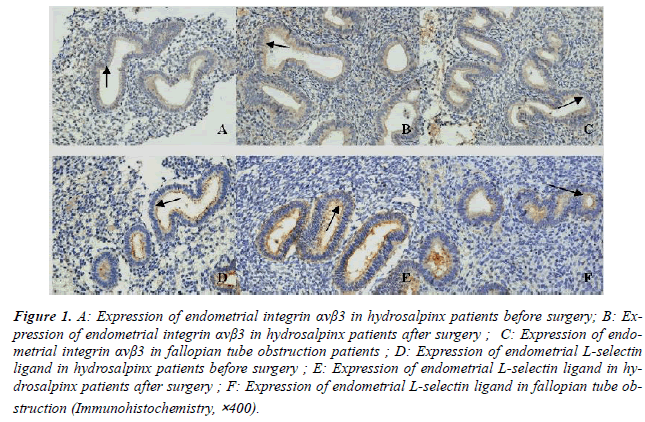 Table 1: Expressions of integrin αvβ3 and L-selectin ligand in patients of both groups.

The histologically normal endometrium not always has normal function and can not reflect the receptivity. Currently, the indicators for the evaluation of endometrium are limited. There are dozens of cytokines and molecules that are being applied to evaluate the successful implantation of embryos. In the present study, we employed integrin αvβ3 and L-selectin ligand as markers of emdometrial receptivity. To date, few studies have been conducted to investigate the integrins and their ligands and no study has been conducted to explore the effect of hydrosalpinx on the expressions of integrins and their ligands in the endometrium. The influence of hydrosalpinx on the integrin αvβ3 and L-selectin ligand has never been investigated.

Integrins are a type of cellular adhesion molecule and widely expressed on the cell membrane. They are receptors shared by extracellular matrix and are heterodimers consisting of subunits α and β in a non-covalent manner. A total of 14 α subunits and 9 β subunits have been identified and can form more than 20 integrins. Both subunits α and β are composed of extracellular domain, transmembrane domain and intracellular domain. The α subunit is 120-180 kDa in molecular weight and is indispensable for the integrin function. The β subunit is 90-110 kDa in molecular weight. Different α subunits and β subunits have different structures. The N terminal of the heterodimers of subunits α and β is extracellular and long and forms a spherical domain. In addition, the N terminal also contains a divalent cation-binding site which can specifically bind to the laminin (LN), fibronectin (FN), vitroneetin (VN) and the Arg-Gly-Asp (RGD) in the human complement C3. The C terminal is intracellular and short. Different α and β subunits have distinct structures of C terminal. Dou et al [5] found the expressions of α2, α3, α4, α5, α6.1, α6.2, αv, β1, β2, β3 and β5 in the endometrium in the whole menstrual cycle, the α2, α3 and α5 were predominantly expressed in the proliferative phase, and the α4, α6.2, αv, β1, β2, β3 and β5 were mainly expressed in the secretory phase. However, the α6.1 expression was constant in the whole menstrual cycle. In addition, the changes in the expressions of αv and β3 in the menstrual cycle were more obvious than other subunits. Moreover, different types of cells had expressions of different integrins. In mammals, the integrins are widely expressed on the cell membrane. Currently, integrins have become an acceptable marker of endometrial receptivity.

Role and regulation of integrins in the reproduction

Effect of hydrosalpinx on the integrin αvβ3 expression in the endometrium

L-selectin is one of members of cellular adhesion molecule family which mediate the interaction between leukocytes and endothelial cells, migration of leukocytes across the endothelial cells into inflammatory tissues and lymphocyte homing and re-circulation [13,14]. In recent years, studies show some key processes in the reproduction, immunity and vascular functions share some features at the molecular level [15,16].

Biochemical characteristics of L-selectin and its ligands

Selectin family is a group of important cell adhesion molecules and includes three molecules with similar structure: L-selectin, P-selectin and E-selectin which were initially identified on the leukocytes, platelets and endothelial cells, respectively. These molecules are type I transmembrane glycoprotein consisting of extracellular domain, transmembrane domain and intracellular domain. Different integrins have high homology and similar structure in the extracellular domain. The extracellular domain is composed of three groups: (1) The N terminal is a calcium- dependent type C exogenous agglutinin-bindingdomain, and can bind to the ligand. (2) Epidermal growth factor-like domain is necessary for the maintenance of molecular configuration. (3) Complement regulatory protein repeated sequence or complement binding protein repeated sequence. There is no homology in the transmembrane domain and intracellular domain among selectins. The human selectin gene locates in the chromosome 1 and is arranged in the ~300-kb region in an order of P/L/E.

The molecular weight of L-selectin is about 75~80 ku, and the ligands of selectin are largely oligosaccharide groups. The 3 selectins can recognize sialyl Lewis sugar or related molecules. Five glycoprotein ligands have been identified: (1) glycosylation dependent cellular adhesion molecule-1 (GlyCAM-1) is a secretory salivary mucin with the molecular weight of 50 ku and can bind to all selectins. The sulfated oligosaccharide chain can bind to the L-selectin. G1yCAM-1 can also bind to lymphocytes resulting in activation of integrins β2 and β1. (2) CD34 is a 90-ku glycoprotein and a transmembrane salivary mucin. CD34 is widely expressed on the endothelial cells, hematopoietic precursor cells, brain and multiple embryonic fibroblast lines. (3) Mucosal vascular addressin cell adhesion molecule (MAdCAM-1) is identified by MECA-367 and also a ligand of integrin a4β7 on the lymphocytes. (4) Sgp200 is a sulfated glycoprotein in the isolation of high endothelial vein (HEV) in the mouse lymph nodes by Lselectin Fc chimeras. Its molecular weight is 200 ku and can be secreted. The molecular characteristics of Sgp200 are still unclear. (5) P-selectin glycoprotein ligand (PSGL-1) can also act as a ligand of L-selectin.

Role and regulation of L-selectin and its ligand

The ligand of L-selectin was initially identified by the MECA-79 in the HEV of mouse lymph nodes, and its corresponding antigens are called peripheral lymph node addressins (PNAd) including the ligands of G1yCAM-1, CD34 and Sgp200.