This study reviewed the literature regarding causes and epidemiology of Sudden Infant Death Syndrome (SIDS). SIDS is defined as the unexplained death of a newborn under the age of one year following a thorough investigation that includes a complete autopsy, death scene investigation, and detailed clinical and pathological assessment. Reasons for the development the disease is not fully yet understood but can attribute by genetic factors and environmental factors. There still a need for more research to understand in-depth the reasons leading to SIDS.

SIDS can be defined as "the unexplained death of a newborn under the age of one year following a thorough investigation that includes a complete autopsy, death scene investigation, and detailed clinical and pathological assessment" [1,2].

SIDS is characterized by an unexpected death while sleeping, and it usually occurs in a previously healthy infant during the first 12 months of life. Most events occur in the child's home; out-of-home deaths are most common in a relative's house or in a child-care setting, especially if the child sleeps prone in a stroller and/or car seat [3].

SIDS is a subgroup of Sudden Unexpected Infant Deaths (SUID), which accounts for roughly half of all instances [4]. SUID comprises SIDS with no known etiology as well as events of strangling in bed or accidental asphyxia. In the late 1980s, prone sleep was identified as a key risk factor for SIDS, prompting “back-to-sleep” campaigns in the 1990s, which had a significant influence on SIDS rates [5].

Sudden Infant Death Syndrome (SIDS), sometimes known as "crib death" or "cot death," was first characterized by Werne and Garrow in 1953 as "sudden apparently unexplained death during infancy" [6,7]. These deaths happened in “a youngster who was assumed to be in good health or whose terminal illness appeared to be so mild that the likelihood of a tragic outcome was not anticipated,” according to [8], SIDS was renamed “the sudden death of any infant or young kid which is unanticipated by history and in which a complete postmortem examination fails to demonstrate an appropriate cause of death” by Beckwith [9].

This term was largely accepted, while new formulations that included the infant's age and the surroundings were presented [10]. SIDS was defined in 2004 as "the sudden unexpected death of an infant under the age of one year, with the onset of the fatal episode apparently occurring during sleep, that remains unexplained after a thorough investigation, including a complete autopsy and review of the circumstances of death and the clinical history" (but without genomic analyses) [11].

SIDS has been documented for more than 2000 years. It appears in the Hebrew Bible (Kings 3:19) and has been the subject of medical research since the late twentieth century [11]. Along with the SIDS prevention suggestions, perinatal care has improved in a variety of ways, making it difficult to link the decrease in SIDS incidence to only the supine sleep practice [5]. Furthermore, rising rates of other causes of death, such as strangling in bed and accidental asphyxia, could explain why SIDS rates are declining [12]. In certain countries, including Australia, Canada, England and Wales, Germany, Japan, and the Netherlands, infant mortality from SIDS has steadily decreased over the first decade of this century, while it has stayed stable in others, notably the United States and New Zealand [13].

Sudden Infant Death Syndrome (SIDS), unintentional suffocation and strangling in bed, and other ill-defined causes of death are all included in SUID [14]. While SIDS mortality has decreased in recent years [15], mortality from unintentional suffocation and strangling in bed, as well as other ill-defined causes, has increased. The "Back to Sleep" initiatives have been credited with a significant decrease in death during the 1990s, particularly with reference to SIDS mortality [16]. They advocated for newborns to switch from prone or side sleeping positions to supine sleeping positions [17]. Approximately 70% of babies currently sleep in the supine position [18]. Nonsupine sleeping positions, on the other hand, are solely regarded an extrinsic risk factor for SIDS [19].

SIDS has yet to be identified. Parental smoking, absence of pacifier use, and lack of immunizations are all potentially modifiable risk factors, in addition to the non-supine sleep posture and other sleep-related factors such as soft bedding, bed sharing, or overheating [20]. SIDS is more common in Black and Native American newborns, as well as in socioeconomically disadvantaged groups [12]. Immunization against Diphtheria Tetanus Pertussis (DTP), polio, and Haemophilus influenzae type b (Hib) has been linked to a lower risk of SIDS in case-control and cohort studies [20].

It is most common between the ages of two and four months, with 90 percent of cases occurring before the age of six months [22]. SIDS is more common in boys than in girls, with a 3:2 ratio. SIDS infant mortality has dropped by more than half in most countries, particularly in the first few years after national campaigns began [23]. Despite ongoing public health efforts focusing on improving sleep circumstances, with a particular focus on high-risk groups [24], the prevalence of SIDS remains high. SIDS is still a common cause of infant death in the United Kingdom, with a rate of 27/100,000 live births and 38/100,000 in the United States [25,26]. In Italy, one out of every 1000 live births is affected [27]. As a result, ongoing research into the causes and prevention of SIDS is required. In the Western world, the incidence of SIDS has been dramatically reduced by 50–90 percent following public health initiatives in the 1980s and 1990s to reduce the incidence of SIDS, such as the Safe to Sleep campaign, which recommended putting infants to sleep in a supine position to reduce choking or suffocation [12,28,5]. Despite the effectiveness of these interventions, SIDS continues to be a leading cause of infant death in developed countries. In the United States, 2075 deaths (0.07 percent of all live births) were due to ill-defined and unclear causes of mortality [29].

SIDS was the fourth largest cause of baby mortality in the United States in 2017, accounting for 6% of all newborn fatalities, or 35.5 per 100,000 live births [30]. SIDS is thought to be caused by a combination of environmental and biological causes. SIDS is thought to occur when three risk factors (a fragile newborn, a critical developmental period in the early months of life, and environmental stresses) come together [31]. SIDS is more likely in newborns with intrinsic vulnerabilities who are subjected to physical stress during their critical developing period (e.g., abuse, trauma, smoking) [11]. This theory, however, cannot account for the four main characteristics of SIDS: Male predominance (60:40) [32], the 39 percent lower SIDS rate among US Hispanics compared to non-Hispanics (Centers for Disease Control and Prevention, 2021 already), seasonal variation with most cases occurring in the winter [33], and the fact that 50% of cases occur between 7.6 and 17.6 weeks after birth, with only 10% occurring after 24.7 weeks.

In the United States, about 3600 infants die each year from Sudden Unexpected Infant Death (SUID) [14,12]. The downward trend in SUID that began in the 1990s has stalled, with considerable differences in regional trends between states and even an increase in some [34].

The impact of smoking in pregnancy on SIDS

Tobacco use throughout pregnancy and childhood has negative health repercussions. In France, approximately 15% of fetuses are exposed to maternal smoking during pregnancy, and approximately 30% of toddlers are exposed to secondhand tobacco smoke. Additionally, 20% to 25% of young adults are current smokers. These high rates highlight the ongoing need for tobacco-exposure prevention measures from conception through adulthood. Tobacco use has several negative effects on both physical and mental health. Increased chances of congenital abnormalities, in utero death, preterm delivery, and low birth weight for gestational age are the main negative impacts during pregnancy. SIDS, respiratory infections, and recurrent otitis media are all more common in children who have been exposed to smoke before or after birth. Adults and adolescents have similar tobacco-related problems [35]. 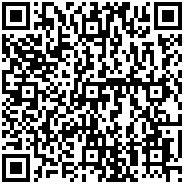