Objective: Explore the changes of Th1/Th2 cytokines with the treatment of Huang-Qin-Tang in dampheat type ulcerative colitis rat.

Conclusion: The Huang-Qin-Tang can effectively improve the inflammatory reaction of ulcerative colitis in rats and regulate the balance of Th1/Th2 cytokines, which provides a new idea and method for clinical treatment of damp-heat type ulcerative colitis.

Inflammatory Bowel Disease (IBD) is a general term for chronic inflammation, which includes Ulcerative Colitis (UC) and Crohn's Disease (CD) [1]. At present, the pathogenesis of inflammatory bowel disease is not very clear, but studies have shown that it was associated with immune abnormalities [2]. CD4+T cells play an important role in acquired immune responses, especially inflammatory diseases. Since the 1980s, Mosmann et al. have found that CD4+T cells secrete Th1/Th2 cytokines that played an important role in the inflammatory response [3,4]. The traditional medical science of China has unique advantages in the field of IBD treatment. Huang-Qin- Tang is the Chinese classical prescription. It has been proved by clinical and research section to have good treatment effects to damp-heat syndrome type ulcerative colitis. It not only has functions of anti-inflammation, analgesic and anti-diarrhoea effects to the rat model with damp-heat syndrome type ulcerative colitis, but also has the function of immune-regulation. Then, what functions does Huang-Qin-Tang have to IBD with immunity disease as main pathogenesis, and how will the immune system of rat model with IBD change accordingly? On such basis, this study was designed to explore the changes of Th1/Th2 in damp-heat type ulcerative colitis with the treatment of Huang-Qin-Tang.

Ninety healthy male Sprague-Dawley rats (half male and half female, 200 ± 10 g) were randomly divided into blank group, model group and Huang-Qin-Tang group. Rats were provided by the Animal Experimental Center. Other materials and sources are listed in Table 1.

After the completion of adaptive feeding for 5 d, rats were weighed. The rats in blank group continued to receive high-fat high-protein diet (containing lard oil, protein powder and white sugar) at room temperature. Model group and Huang-Qin-Tang group: 1. hot humid climate simulation: the rats were placed in artificial climate simulation box at 36°C with level 5 light and humidity above 95% over 20 h a day for 4 weeks; 2. diet and drinking: same with the blank group; 3. colitis induced by TNBS: After fasting for solids and liquids for 36 h, the rats were injected intraperitoneally with 10% chloral hydrate (0.4 ml per 100 g body weight) until the complete anaesthesia. Then disposable premix of 100 mg/kg trinitrobenzene sulfonic acid and 0.25 ml ethanol was given by transanal cannula.

Huang-Qin-Tang group: After preparation Huang-Qin-Tang (Scutellaria 9 g, Peony 6 g, Jujube 12, Licorice 6 g), every 1 g dose is equivalent to 10 g liquid medicine with concentration of 16.7%. The rats were given 1 ml/100 g dose, once in the morning and evening. The blank group and the model group were given high quality diet and water without treatment.

During the experiment, no death occurred. After the treatment, rats were fasted for 36 h. After anaesthesia with pentobarbital sodium, 5 ml blood was taken from the abdominal aorta for centrifugation at 1500 r/min. The length and weight of intestinal tract were measured and the anabrosis was observed. Then the weights of the rat thymus and spleen were measured.

We observed the clinical activity, body weight, length of colon, weight of spleen, thymus and myeloperoxidase (MPO) activity in three groups. The levels of IFN-γ, IL-4, IL-10 and IL-12 were tested.

Detection of cytokines used the corresponding kit in strict accordance with the instructions.

All the data of this study were analysed by SPSS19.0 software. The data were measured by t-test. The chi-square X2 test was used for comparison between groups. P<0.05 was defined as a significant difference.

The disease indexes of the rats in the blank group, Huang-Qin- Tang group and model group were 0, 8 and 15, respectively. The comparison between groups was significantly different (P<0.05).

The MPO activity of the rats in the blank group, Huang-Qin- Tang group and model group were 6, 18 and 12 μ/g, respectively. The comparison between groups was significantly different (P<0.05).

Body weight and weight of colon, thymus, and spleen

The body weight and weight of colon, thymus, and spleen of three groups were shown in Table 2.

In the experiment, the levels of Th1/Th2 cytokines in groups were compared (Table 3).

Recent foreign studies have found that both inflammatory bowel disease patients and animal models had different degrees of intestinal barrier dysfunction that increased intestinal permeability, causing intestinal endotoxin and bacteria passing into the blood circulation and leading to systemic inflammatory response [10]. The occurrence of inflammatory reactions undoubtedly caused the release of inflammatory factors that was divided into Th1 and Th2. The cytokines were involved in many inflammatory processes, such as asthma, rheumatoid arthritis, multiple sclerosis and so on. Therefore, it was supposed that regulation of T cells response could contribute to the control of inflammatory response in the treatment of immune diseases [11]. Previous studies have confirmed that important feature of trinitrobenzene sulfonic acid-induced inflammatory bowel disease model was increased number of Th1 cells and decreased number of Th2 cells [12]. In this study, we have found that Th1 cytokines were significantly higher in the model group than those in the blank group, whereas Th2 cytokines were significantly lower (P<0.05).

The traditional Chinese medicine has an irreplaceable advantage in the treatment of gastrointestinal diseases. The Huang-Qin-Tang was classic in commonly used prescriptions for the treatment of damp-heat gastrointestinal disease. In this study, simulated hot and humid environment combined with trinitrobenzene sulfonic acid, lard and high protein food were used in damp-heat rat ulcer model construction. The lard was greasy and likely to injury the spleen. Thus the damp heat constitution was easily formed by the hygrothermal environment plus lard [13]. As the role of trinitrobenzene sulfonic acid was clear in the construction of inflammatory bowel disease model, the model construction was considered to be successful in this study. As a result, the study showed that Huang-Qin-Tang could significantly reduce the expression of Th1 cytokines (INF-γ and IL-12) in model rats for damp-heat ulcerative colitis, and also improve the expression of Th2 cytokines (IL-4 and IL-10). Compared with the model rats in the model group, it was statistically significant (P<0.05). 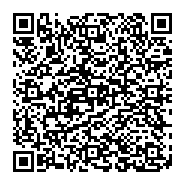