Objective: To study the expression change of Fas, p-BAD and caspase-8 in rats with Acute Myocardial Infarction (AMI) treated with Guanxin decoction.

Methods: 45 male SD rats were randomly divided into control group, decoction group and shamoperated group. The sham-operated group were treated only with thread without ligation, while rat model of acute myocardial infarction in the other 2 groups were made by ligating the left anterior descending coronary artery, arched ST segment elevation in electrocardiogram suggested that the model was successful. The decoction group was treated with Guanxin decoction 14 g/kg daily, the shamoperated group and the control group were given distilled water 2 ml/d at the same time. The expression change of apoptotic genes Fas, p-BAD and caspase-8 in the sham-operated group (10 rats), the mixture group (13 rats) and the control group (10 rats) were compared.

Conclusion: Guanxin decoction can reduce the positive expression of Fas, p-BAD and caspase-8, and improve the cardiac function of myocardial infarction rats.

Acute Myocardial Infarction (AMI) is a critical medicine emergency, because coronary artery occlusion and blood flow interruption will cause part of myocardium prolonged ischemia and partial necrosis, leading to acute myocardial infarction. The Acute Myocardial Infarction (AMI) is one of coronary heart disease, which is frequently seen clinically, and is mainly manifested as extreme myocardial ischemia, so that acute thrombus may cause obstruction of blood vessels. In recent years, its incidence had been going up predominantly. At present, as the death toll of AMI accounts for a half of cardiovascular diseases all over the world, it has become a top killer of human being. AMI onset is acute with quick changing of illness conditions. Among most aged people, myocardial infarction may easily result in myocardial reconstruction and finally heart failure. Current studies indicate that, during early stage of myocardial infarction, cardiac muscle cell apoptosis plays an important role in myocardial reconstruction and heart failure caused by myocardial infarction and is significant in inhibiting myocardial damage by blocking AMI myocardial infarction. According to WHO report, in recent years, the incidence of the disease is increasing at an average annual rate of 4.32% [1].

The mitochondrial pathway is one of the main pathways involved in myocardial cell apoptosis, consisting of Bcl-2 family members Bcl-2, Bad and others. These proteins are activated by intracellular signal after death [14]. These Bcl-2 family members containing BH3 domain and other members of the Bcl-2 family such as Bax are mainly loose combined in the outer mitochondrial membrane surface or in cytoplasm, resulting in the oligomerization and inserted into the mitochondrial membrane, causing mitochondrial permeability changes, transmembrane potential loss, cytochrome C and other proteins. The released cytochrome C is binding to Apaf-1 (Apoptosis promoting factor), leading to Apaf-1 oligomers for recruiting and activating caspase family. Caspase-8 is involved in apoptosis execution and induces caspase-3 activation, and the initiation caspase activates the caspase cascade, and then activates the caspase cleavage specific substrate to cause apoptosis [15-18].

The body mass of male SD rats provided by Zhejiang experimental animal center was between 180~220 g.

White rate are abdominally injected with 10% chloral hydrate for chloralization, hairs on neck and chest of white rate should be cleaned and povidone is used to sterilize neck skin to make a 1 cm incision so as to expose trachea for connecting a respirator. The parameters of the respirator are adjusted to: respiratory frequency: 120 times/min, tidal volume: 7-8 ml and respiratory time ratio: 1:2. After chest skin has been sterilized with povidone, a surgery incision is made at the 4th left rib on the chest and the skin is dissected layer by layer to fully expose the heart; the left anterior descending branch of coronary artery should be found out between left auricle and pulmonary infumdibulum and then ligated. When it is found that ST section rises up on the Electro-Cardiograph, the rhythm of the heart is relatively slow and the left ventricle turns white, it means that AMI has been made successfully. At last, 36 white rates, of which AMI is successful, are classified as the AMI group at random.

80 SD rats were randomly divided into 5 groups: Guanxin decoction small dose group and model group with 16 rats in each group of Guanxin decoction group at 7 d before the operation began intragastric dose were 14 g/kg daily at the same time, the control group given distilled water 2 ml/d by intragastric administration, rats were anesthetized with experiment animal ventilator for positive pressure breathing, 6-0 non-invasive with needle suture through the left anterior descending coronary artery puncture depth is about 1~2 mm, ligation of the left anterior descending coronary artery caused by acute myocardial infarction model, ECG ST segment elevation was arched suggesting that the model was successful. The coronary artery was not ligated in the control group.

In 4.5 h after the TdT-mediated dUTP nick end labeling (TUNEL) is adopted to determine apoptosis, the heart is taken out, myocardial tissue below the ligature location is fixed with 4% paraformaldehyde, embedded with common paraffin and then sliced. All operations should be done according to the insert of TUNEL test kit of ROCHE Company. Each paraffin block should be sliced and 6 viewpoints are taken to shoot each slice to count the number of apoptosis cells and total number of the cells. The images are analysed with Image Pro Plus 6.0 software. The fixed unit of enumeration for apoptosis cells is expressed in apoptosis index in the following equation: apoptosis index=number of apoptosis cell/total numbers of observed cells × 100 %.

The rat left ventricular myocardium in infarcted zone was taken for nitrogen trituration, then adding lysate. After homogenate centrifugation, the protein concentration of supernatant was determined by BCA assay, then degenerated and kept at -80°C. 50 μg from each sample was taken for 12% SDS-PAGE and then transferred to PVDF membrane, 5% skim milk was used to close 1.5 h at room temperature in a shaker. Fas, FasL diluted with primary body diluent were added for incubation overnight. HRP was added for labelling (1:1000 dilution), ECL was used for color, the film was scanned firstly, then Image J was employed for analysis, β-actin diluted in 1:1000 as a control, the ratio means the relative content of protein expressed.

The experimental data were analysed with SPSS 19.0. The measurement data were present as mean ± standard deviation (͞x ± s). LSD method was used for pairwise comparison. In the case of the normal distribution and homogeneity, the single factor analysis of variance was applied, P<0.05 means the difference was statistically significant.

The activity, reaction sensitivity fur luster and diet of the rats in Guanxin decoction group were improved at different extend than those in the model group; the activity of rats in the control group is good, their fur was neat and shiny, and have sensitive reaction and normal diet, while the rats in the model group had poor activity, slow response, uneven fur, dull skin and less diet.

Effect of Guanxin decoction on apoptosis in rats with myocardial infarction

After in situ end labeling, negative nuclear staining was blue in slices of control group, while positive nuclear staining was brown in the slices of model group. The size of the nucleus is reduced or shrunk obviously, and the shape is round. A large amount of positive nuclear were observed in myocardial tissue slice of model group, with the increased apoptosis index, up to (57.6 ± 11.2%), which had a significant difference compared with the control group (P<0.05). Positive nuclear in Guanxin decoction group were rare. The apoptosis index of Guanxin decoction group was (23.1 ± 3.8%), which was significantly lower than that of the model group, with statistically significant difference (P<0.05); the apoptosis index was decreased most obviously (Figure 1). 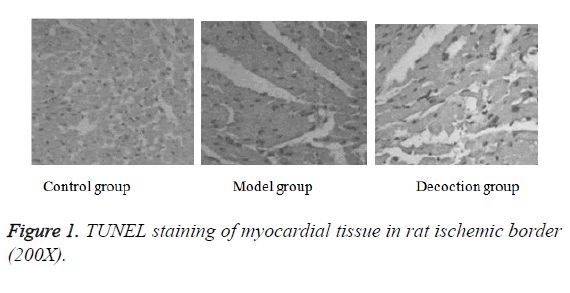 Table 1. Effects on the Fas expression in myocardial infarction rats of each group.

Table 2. Effects on the p-BAD expression in myocardial infarction rats of each group.

Table 3. Effects on the caspase-8 expression in myocardial infarction rats of each group.

Apoptosis is a programmed death mode controlled by gene and is mainly guided by endogenous and exogenous means, of which the exogenous mean is guided by the death acceptor Fas on cell surfaces. Guanxin decoction can improve cardiac function indices of white rate after myocardial infarction, inhibit apoptosis of myocardial cells in marginal zones of infarction and protect the role of myocardium, but there is less studies on the relation with the expression level of Fas albumen. Whether the mechanism of Guanxin decoction inhibiting apoptosis is related to other signal transduction pathways is still in needs for further study.