3Department of Urology, No.1 Hospital of Jilin University, PR China

5Department of Nephrology, No.1 Hospital of Jilin University, PR China

Objective: To investigate the ratio change rule and its clinical meanings of peripheral CD4+CD25+Foxp3+T cells of patients under various immune status after renal transplantation.

Results: The proportion of peripheral CD4+CD25+T cells, CD4+Foxp3+T cells, and CD4+CD25+Foxp3+T cells of patients in stable kidney function group was much lower than that in control group, with a statistical difference (P<0.05), but higher than that in acute rejection group and pulmonary group in which the ratio of CD4+CD25+T cells also exceeded that in the healthy group, having a significant difference (P<0.05).

This study is to explore the relationship between regulatory T cell and clinical immune status of renal transplantation recipients through detecting the change in percentage of peripheral CD4+CD25+Foxp3+T lymphocytes of those with various immune status.

59 patients who underwent renal transplantation in our hospital for suffering end-stage renal failure from May 2010 to September 2016 were enrolled in the study, aged from 38 to 77 y, 50.63 ± 10.18 in average, 36 were males, and 23 females. Serum creatinine of all patients decreased to normal in ten days after operation.

In addition, 18 healthy participants were enrolled in control group. General data of patients in three groups were in accordance without statistical difference, P>0.05, which were comparable (Table 1).

If patients, who were admitted in our hospital with full medical records and didn’t suffer infectious diseases, such as hepatitis, syphilis, and HIV virus; if they hadn’t got diseases which affected their immune status during study; if the donor and recipient had same blood type; if the lymphocytotoxicity test was less than 10%, the panel reaction antibody of recipients lowered than 15%, and the mismatch number of human leucocyte antigen was less than 4; if patients or their families signed an informed consent, they were enrolled in the study.

Stable kidney function group (Group A): patients had normal creatinine level (44-133 umol/l), no rejection which was confirmed through renal tissue biopsy, no infection and postoperative complications.

Acute rejection group (Group B): patients suffered kidney distending pain, and their body temperature was little higher than the normal (37.0°C-38.5°C), but their urine volume less than the normal. Laboratory data showed that Scr was more than 133 umol/l, proteinuria positive, red blood cells more than 5.5 × 1012/mm3, and haemoglobin decreased. Kidney tissue biopsy indicated that they had acute or chronical rejection.

All recipients received 500 mg of intravenous methylprednisolone before transplantation and three days after operation, accepted triple immunosuppressive therapy (ciclosporin A or tacrolimus, mycophenolate mofetil, prednisone) from postoperative day 4, and underwent blood test for the plasma concentration of ciclosporin A or tacrolimus, twice a week.

5 ml fasting venous blood was obtained when patients got up in the morning, the day at admission, and then anticoagulant were added to it.

The venous blood mixed with an equal volume of PBS was placed in centrifuge tubes with lymphocytes dissociation solution, centrifuged at 3000 rpm for 30 min. After the mixed solution layered, monocytes at the upper layer and middle layer were placed into another centrifuge tube with a pipette, washed twice with PBS, and re-centrifuged. With discarding supernatant, the re-centrifuged solution was suspended with PBS, and then quantitated, setting cell concentration at 5 × 105/ml.

The data was analyzed by software SPSS 19.0. The difference was tested with chi-square test, t-test was adopted for comparing measured data between groups and the single factor analysis of variance was used for comparing mean values among various groups. p<0.05 indicates statistical significance.

Flow cytometry showed that the proportion of peripheral CD4+CD25+T lymphocytes in stable kidney function group was much lower than the control group, having statistical difference, P<0.05.

However, that in acute rejection group and pulmonary group was much higher than that in control group and stable kidney function group, with a significant difference, P<0.05 (Table 2).

Table 2. The percentage of Treg and lymphocytes subsets in each group (mean ± SEM).

The outcomes of flow cytometry indicated that the percentage of peripheral CD4+Foxp3+T lymphocytes of patients in stable kidney function group was much lower than that in control group, having statistical difference, P<0.05.

Nevertheless, that in acute rejection group and pulmonary group was 8.48 ± 0.59% and 8.31 ± 0.52% separately, which had no statistical significance when compared with control group, P>0.05, but was much higher than that in stable kidney function group, with statistical difference, P<0.05 (Table 2).

The results of flow cytometry revealed that the percentage of peripheral CD4+CD25+Foxp3+T lymphocytes of patients in stable kidney function group was much less than that in control group, with a statistical difference, P<0.05.

While compared the percentage of CD4+CD25+Foxp3-T lymphocytes with control group, there was no difference, P>0.05.

The difference of CD4+CD25+Foxp3+T lymphocytes of patients in acute rejection group and pulmonary group has no significance, compared with that in control group, but it was much more than that in stable kidney function group, with a statistical difference, P<0.05.

That pointed out those immunosuppressive agents could restrain CD4+CD25+Foxp3-T lymphocytes.

But when the body suffered rejection or infection, the proportion of CD4+CD25+Foxp3-T lymphocytes regulating immunity would increase, which explained that CD4+Foxp3+T lymphocytes are close related with the immune status of recipients (Table 2).

Past researches prove that, the acute rejection of local infection of patients receiving renal transplantation is associated with the variation of peripheral T lymphocyte subsets proportion, and regulator T lymphocytes play an essential role in this process [4]. Since researchers like Sakaguchi firstly proposed that CD4+CD25+T lymphocytes have close relationship with immune resistance in 1995, a growing number of studies have deemed that this kind of suppressive T cells is vital for maintaining and inducing the immunological tolerance of organ transplantation [5]. But, are regulator T cells directly induce immunological tolerance or indirectly prevent grafts from resistance? Some researchers find that allotypic antigens, for patients with acute rejection or infectious symptoms after operation, activate not only effector T cells to repel transplant recipients but also regulator T cells to oppose grafts [6]. Therefore, it is also proven that regulator T cells protect grafts through controlling the lasting proliferation and activation of effector T cells [7].

Under the stimulation of external antigens, CD4+ cells can express CD25+ surface antigen a short time but have no physiological activity [8,9]. After analyzing the results of flow cytometry, it is known that in this study, the proportion of peripheral CD4+CD25+T lymphocytes of patients in stable kidney function group is largely below that in control group, with a significant difference, P<0.05, but that in acute rejection group and pulmonary group much exceeds that in control group and stable kidney function group. Why? Is it caused by the increase or activation of peripheral CD4+CD25+T lymphocytes?

To sum up, monitoring the variation of peripheral CD4+CD25+Foxp3+Treg of patients after renal transplantation is essential for the early diagnosis of rejection and inflammatory reaction. Meanwhile, for patients with acute rejection or local infection after renal transplantation, taking rational measures is able to raise the proportion of Treg to induce and maintain their immune tolerance for the renal graft, having vital significance in clinic. 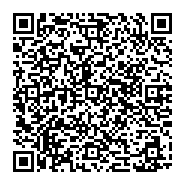