Results: Recall 36 surgical instrument packages, use other sterilization method, and distribute the items after BI. No surgery was disturbed. The reason that Belimed MST9-6-18HS2 prevacuum steam sterilizer failed was aging of rubber gasket inside pressure switch, which led to leak. After replacing the sterilizer pressure switches and accessories, BI and Bowie-Dick tests were passed for three times and sterilizer was reused.

Conclusion: Except for the conventional maintenance, the sterilizer needed regular and deep inspection and timely replacement of wearing or related accessories. Effective emergent treatment should be taken to control the medical risks produced by positive BI.

Biological monitoring (BI) is the gold standard using nonpathogenic bacteria spores to determine and evaluate the effect of steam sterilization [1]. The use of spores based standard BI has been accepted practice for establishing that a sterilization process has been effective in sterilizing a given batch of surgical instruments in acute care facilities and medical device manufacturing for over 30 years [2]. If these spores are destroyed, it is assumed that any contaminating organisms in the load have also been killed, as these organisms have lower resistance than the spores, and are present in lower numbers [3]. The traditional biological indicators were inoculated paper strips inside envelopes, which were transferred to sterile culture medium following processing, and incubated for 7 d [4]. Recent years, rapid BI is widely used to get the result quickly and accurately, which shorten the detection time greatly [5]. From Zhang et al. they have compared the accuracy of the sterilization BI effect of three kinds of pressure steam sterilization integrating indicators by real surveillance [6]. Another study also reported the monitor of sterilization effect of different kinds of chemical indicator for steam sterilization [7]. All the surgical instruments will not be distributed until BI was negative, which makes the sterilization process safe. In the Central Sterile Supply Department of West China Hospital at Sichuan University, one positive case of BI in steam sterilization was reported in January 1, 2014. It was timely analysed and effective measures were taken to make sure the safe use.

The 3 M 41382 integrated PCD was used in accordance with introduction for users. Each information of biological indicator in the reading hole, such as pot number and type, was recorded. Positive control from same lot number as processed biological indicators at the same day was put in incubation well for incubating in 1 h. The BI result was obtained after 3 h. The yellow light indicating the incubation was ongoing. The green light indicating the negative result was detected, and the red light indicating the positive result was detected (Figure 1). No bacteria will grow if the media in the processed BI tube remained purple, which provided negative result. The culture media in positive control tube turned yellow and cloudy that indicated a growth of bacteria and positive. Processed BI negative result with positive control indicated acceptable sterilization process (Figure 2) [8]. 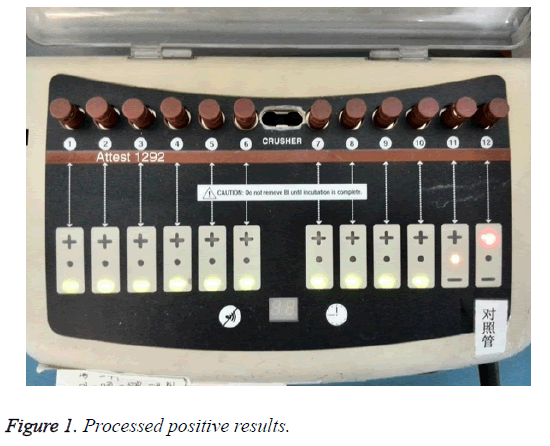 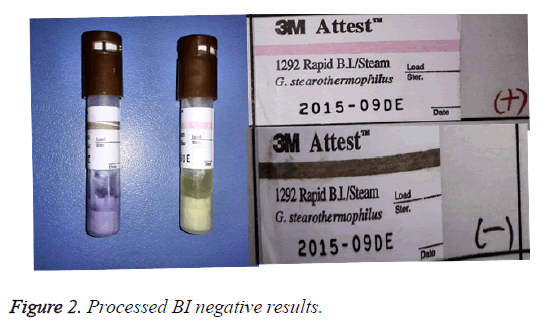 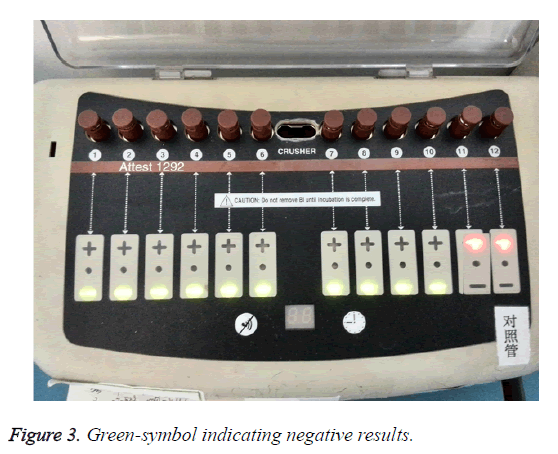 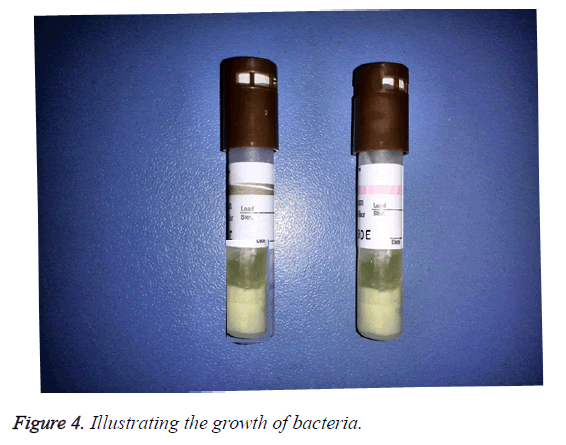 Figure 4: Illustrating the growth of bacteria.

All processed items distributing were stopped immediately. Nurse on duty reported to supervisor followed recall procedure. This batch items were reprocessed by other sterilizer or sterilization method in order to ensure the supply of surgical instruments and clinical items.

According to “Central sterile supply department (CSSD) Part III: surveillance standard for cleaning, disinfection and sterilization”, all the unused sterile items should be recalled as soon as possible back to the last negative BI. The items should be reprocessed and the causes should be analysed for improvement. The sterilizer can be reused after three consecutive BI [9]. According to this protocol, the instruments were recalled and reprocessed. Other autoclave sterilizers were used to process the items.

The number of the dysfunctional sterilizer was recorded and suspended. The logo read "fault, suspended".

The biological indicator processed by functional sterilizer was put in the well with positive control. No positive alarm after three hours as normal operation. Thus, the cause of BI equipment malfunction was excluded.

Engineers replaced the pressure switch of MST9-6-18HS2 prevacuum steam sterilizer. According to “Central sterile supply department (CSSD) Part III: surveillance standard for cleaning, disinfection and sterilization” [9], three consecutive Bowie-Dick tests were run after sterilizer maintenance service. Then physical monitoring, chemical monitoring and BI were completed with three consecutive sterilization programs. In the end, the hollow PCD tests were run for three times to make sterilizer properly qualified before put into use. The details and data of incident were saved for future reference according to relevant provisions.

In the steam sterilization positive BI report, 36 surgical instrument packages were recalled wherein one implant package, which were all repackaged to sterile by using other steam sterilizers. Surgical instruments were delayed 1.5 h to use. Implants were distributed after BI passed in 4.5 h. No surgery and clinical use were affected. The rubber gasket of the pressure switch of MST9-6-18HS2 prevacuum steam sterilizer was aging to leak. The leak rate is greater than 3 mpa/min. Sterilizer was normally enabled to use after replacement of pressure switch and success of leak test with no leak.

Positive result of rapid BI could not prove sterilization failure [12]. Some factors also led to false positive results, such as no proper six-step hand-washing before the operating, chemical indicator outside the self-contained BI touched by fingers, indicator cap untimely pressed and other improper operation of biological indicators. All operations may be polluted that could provide false positive results. In this case, the validity of biological indicators, the production lot to ensure the comparability between processed and unprocessed BI (Figure 2), incubation temperature within the range of 56 ± 1°C, the cleanliness of the reading hole, the pollution in the incubation well, fail working condition caused by the unrepaired lamps which may cause the temperature detector error, foreign substance barrier leading to interpretation errors, etc. In this case, operations were followed the recommendation, biological indicators were effective and the detector had no faults after investigating. Above all, concluded no false positive results.

The low probability of positive BI and the less experienced nurses to deal with the positive results of rapid BI led to incorrect or untimely treatment, which brought out unsafety of processed items. Except for the daily maintenance of steam sterilizer, there should be regular special and deep inspection, and the timely replacement of accessories. When the positive BI occurred, the surveillance people should pay great attention to report according to process. Effective measures should be taken to control medical risks and ensure medical safety as positive BI appeared.