Objective: To discuss the expression and relationship between matrix metalloproteinase-9 and epidermal growth factor receptor in laryngeal squamous cell carcinoma.

Methods: Using the method of immunohistochemical to detect the matrix metalloproteinase-9 (MMP-9) and epithelial growth factor receptor (EGFR) in 58 cases of laryngeal squamous carcinoma tissues and 16 cases of normal laryngeal tissues of expression.

Conclusion: The expression of EGFR and the level of the expression of MMP-9 can be used as judgment index of laryngeal squamous carcinoma, malignant degree and prognosis.

Specimen: The specimens were selected from the affiliated large hospital of Hubei Institute for Nationalities, 2010~2016, and 58 pieces of paraffin specimens proved pathologically to be squamous cell carcinoma of larynx were removed surgically. There were 57 males and 1 female respectively, age 31~69 years old, the median age was 49 years. All patients had complete follow-up data. No radiotherapy and chemotherapy were performed before operation. The follow-up period was as follows May 2014. The computational method of the survival of the patient: from the date of operation to the end of the patient's follow-up period, there is no possibility of recurrence, metastasis or death. Histological classification of laryngeal squamous cell carcinoma was according to WHO 1997 classification criteria for laryngeal cancer. According to pathological classification criteria: 11 patients with G1 grade, 21 patients with grade G2, 26 patients with grade G3; according to the TNM staging criteria, there were 36 cases of N0 and 22 cases of N1~2; there were 25 cases with stage I, 14 cases with stage III, 14 cases with stage II, 5 cases with stage IV. The normal laryngeal tissues or vocal cord polyps were chosen in the control group.

S-P immunohistochemical method: Slice the specimen (4~5 μm), normal dewaxing. 10 min was incubated with 3% hydrogen peroxide, and antigen repair was performed. One antibody, two resistant, was incubated with 12 h and 20 min at 4 and 25 degrees centigrade respectively. HRP labelled with streptavidin was incubated with 20 min. The phosphate acid buffer solution for cleaning, DAB staining, Hematoxylin staining, sealing are used for each step. The negative control was replaced by phosphate buffer, and the positive control group was provided by the company.

Conclusions: The standard of the result is determined by the observation of the degree of cell colouring under the high power microscope. The positive cell of MMP-9 protein in laryngeal squamous cell carcinoma is brownish yellow, showing moderate and strong positive expression. A total of 200 cancer cells were selected from all the 4 different field of view (high power microscope). The percentage of positive cells was the criterion for the expression of MMP. EGFR staining positive standard: EGFR positive products are brownish yellow particles of uniform thickness, which distributed on the cell membrane and cytoplasm. Semiquantitative analysis was based on colour intensity and percentage of positive cells. The criteria are shown in Table 1.

At high magnification, the positive expression of MMP-9 protein is brown granules. There are more tumours in cytoplasm. karyon is non-staining. There were more positive tumour cells in the frontal edge of the invasion. Compared with the positive proteins in laryngeal squamous cell carcinoma tissues, the expression of MMP-9 positive proteins in normal laryngeal tissues were significantly lower. The lymph node metastasis group was significantly higher than that without lymph node metastasis. Moreover, with the increase of invasion depth of cancer tissue, the expression of MMP-9 in cancer cells increased gradually (P<0.05) (Tables 2-4).

At high magnification, EGFR protein is brownish yellow in laryngeal squamous cell carcinoma tissues, and is positive expression; and mostly located in the cell membrane (chromatin) of tumour cells. The expression of EGFR was significantly correlated with the degree of differentiation (P<0.05).But its expression was not related to histopathological type. The expression of EGFR in lymph node metastasis is higher than that in patients without lymph node metastasis. The difference was significant (P<0.05) (Tables 3 and 4).

Correlation between expression of MMP-9 and EGFR

The patients of Laryngeal squamous cell carcinoma whose expression of MMP-9 and EGFR is positive or negative at the same time accounted for 77.59%, which indicated a positive correlation (χ2=6.68, r=0.524, P<0.05), the results are shown in Table 5.

Table 5. The relationship of MMP-9 and EGFR in laryngeal squamous carcinoma tissues.

The occurrence, development and metastasis of tumour is a complex process. It is involved in multiple genes and multiple proteins. Changes in regional carcinogenesis, proteins and molecules in tumours of the head and neck not only limited the cancerous tissue to the area, but also caused the cancerization of the tissue outside the area. Identification of the changes in protein expression as a major marker of regional carcinogenesis is important for early detection of tumour, prediction of tumour recurrence and metastasis of tumour [7]. The invasion and metastasis of tumour is a complicated pathological process with many factors coexisting. Numerous studies show that MMP-9 and EGFR have different roles in the metastasis of laryngeal squamous cell carcinoma. In the process of infiltrating and distant metastasis, the cancer cells need to pass through the natural barrier formed by ECM and basement membrane and produce proteases to degrade ECM. Research shows that MMP can degrade all the ingredients in ECM. MMP-9 is the main enzyme that degrades ECM and type IV collagen in the human body [8]. This study shows that, the up regulation of MMP-9 was positively correlated with invasion and metastasis of laryngeal squamous cell carcinoma. Therefore, MMP-9 is a sign of malignancy of lung cancer. Reports show that the results of in vitro experiments showed that only EGFR positive cancer cell lines were invasive [9,10]. MMP-9 is the largest molecular weight enzyme in MMPs [11]. The results of this study show that, with the decrease of the differentiation degree of cancer cells and the depth of tumour invasion, the expression intensity of MMP-9 in tumour cells gradually increased (P<0.05). And the results show that the expression rate of MMP-9 in lymph node metastasis group was significantly higher than that in negative group. Thus, MMP-9 is a proteolytic enzyme that accelerates tumour invasion and metastasis [12]. Canning and other [13] research reports show that there were more positive MMP-9 in the cytoplasm of macrophages and tumour cells infiltrated by fibroblasts. Other scholars’ research reports [14] find that MMP-9 has something to do with patient survival and the level of MMP-9 assessed by immunohistochemistry can be used as a screening for specific enzyme inhibitors. 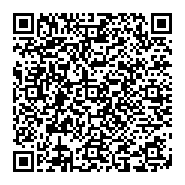