Status of leadless intracardiac pacemakers in 2021.

Leadless Intracardiac Pacemakers (LICP) is implanted directly into the right ventricle. These novel devices avoid the complications associated with transvenous leads and the discomfort of a pacemaker pocket. They are particularly useful for patients who have no or limited access to the right ventricle via the superior vena cava. The Micra VRTM and Micra AVTM (Medtronic, Inc., Minneapolis, MN, USA) are the only LICPs currently available in the United States. The Micra VR is a Rwave inhibited rate-responsive ventricular pacemaker (VVIR), while the Micra AV provides atrial synchronized ventricular pacing (VDD) using a 3-axis accelerometer to detect mechanical atrial contraction. More than 75,000 Micra and Micra AV pacemakers have been implanted worldwide. The implant procedure is performed by specially trained physicians using conscious sedation and local anesthesia [1]. The 1.75- gram capsule-shaped pacemaker is mounted in a steerable 23- French delivery system and advanced under fluoroscopy to the right ventricle via a large sheath in the femoral vein. The tip of the delivery system is advanced to the mid-septum; it is important to avoid the free wall to reduce the risk of perforation. While applying tip pressure, the pacemaker is deployed from the delivery system, releasing four flexible nitinol tines that grasp the endomyocardium and secures the pacemaker to the ventricular septum. Once fixation is confirmed, threshold and R-wave measurements are taken; if they are satisfactory, the pacemaker is released from the delivery system. Occasionally, electrical measurements are unacceptable, and the pacemaker is recaptured and redeployed. The LICP implant may be combined with another procedure, such as atrio-ventricular node ablation. Most patients are discharged within 48 hours.

The micra and micra AV have been studied extensively in clinical trials. Food and Drug Administration (FDA) approval was granted in 2016 after a successful International clinical trial involving more than 700 patients [2]. This pivotal study demonstrated a high implant success rate (99.2%) and fewer major complications compared to a historical control group of transvenous pacemakers. However, there was a slightly higher percentage of cardiac injuries such as perforation in the Micra patients (1.6% vs. 1.1%), and these seemed to occur more often in elderly women with chronic lung disease. In a large study of Medicare beneficiaries, Micra patients were observed to have higher rates of pericardial effusion and perforation but lower rates of other device-related complications than transvenous pacemaker patients [3]. Recently, we found an unexpected number of micra procedure-related Major Adverse Clinical Events (MACE), including perforation, tamponade, and death that were reported to the FDA by the manufacturer [4]. Some patients suffered acute intraoperative circulatory collapse and required emergency pericardiocentesis and/or cardiac surgery to repair perforations. Thus, while the vast majority of micra implants are uncomplicated, there appears to be a small population (probably <1%) at risk for MACE; this group needs to be better defined and contraindicated for LICP implantation. Micra’s long-term performance has been satisfactory. Few device-related malfunctions have been reported. Medtronic has published a 97.2% cumulative survival probability at five years for its micra VR pacemakers; however, this is lower than the 5- years survivals of its transvenous Advisa SRTM MRI (99.7%) or Adapta SRTM (98.5%) single-chamber pacemakers [5].

Other LICP models are either in development or clinical trial. Abbott’s Nanostim leadless pacemaker was the first LICP implanted, but it was withdrawn in 2016 due to battery failures. Boston Scientific has shown its EmpowerTM leadless pacemaker alone and in combination with the Emblem PaceTM subcutaneous ICD. Leadless atrial, dual chamber (DDDR) and cardiac resynchronization (CRT-P) pacing therapies are on the horizon, as are LICPs that function with an implantable defibrillator. Before LICPs can move forward, however, device and technique improvements are necessary, and leadless battery longevity should be comparable to transvenous pacemakers. The future of leadless pacemakers will be determined by their long-term safety and efficacy. Rather than comparing LICPs to historical controls, their performance (function, longevity) versus transvenous systems should be assessed in prospective randomized clinical trials. Finally, implanting physician training and experience are critical if the very best outcomes are to be achieved; professional societies should develop guidelines for physician qualifications, education, and caseloads. 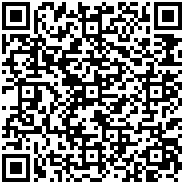