Models that are developed during a conceptualization or generalisation process are referred to as formal models. Conceptual representations are often abstractions of real-world objects, whether physical or social. Semantic experiments are useful at different levels of idea growth.

The amplitude of random low-frequency variations in the blood oxygen level-dependent signal in the left (posterior) middle temporal gyrus (LMTG) was found to be strongly associated with the semantic processing performance of participants. The strength of functional integration between the LMTG and a number of brain regions, including the left inferior frontal gyrus, bilateral anterior temporal lobe, bilateral medial temporal lobe, posterior cingulate gyrus, and ventromedial and dorsomedial prefrontal cortices, was also found to be a strong predictor of conceptual conduct. Together, the spatial amplitude of lowfrequency variations and LMTG's are functionally important communication strengths. LMTG's regional amplitude of lowfrequency variability and technically significant connectivity strengths accounted for 74% of individual variance in object conceptual output. The LMTG is the central component of this semantic network, which primarily overlaps with the regions identified in previous conceptual/semantic task-based fMRI studies. The inherent or random operation of the human brain, we conclude, represents the semantic system's processing ability.

Semantic memory is a device for storing, recalling, and retaining general mental information about objects, individuals, facts, and perceptions that isn't linked to particular experiences. This framework underpins a variety of cognitive functions, including grammar, object perception and use, logic, and problem solving. Multiple areas in the temporal, frontal, and frontoparietal regions are implicated in executing semantic/conceptual functions, according to evidence from neuropsychological and task-based functional brain imaging research. (We do not wish to differentiate between semantics and conceptual information here, and use both concepts interchangeably).

The current research examines the importance of random brain activity in semantic memory using resting-state functional magnetic resonance imaging to determine how conceptual information is preserved in the absence of particular inputs or outputs (rs-fMRI). Provided that these variations are related to random neural behaviour, we concentrate on target semantic processing in relation to low-frequency (0.08 Hz) fluctuations (LFFs) in the blood oxygen level-dependent (BOLD) signal at rest.

Previous studies of the regional amplitude of the LFFs (ALFF) have discovered that the ALFF reflects physiological signals: the ALFF of grey matter is higher than that of white matter and the ALFF of the so-called "default mode network" (regions that are activated during rest and deactivated during task performance) is higher than that of other regions. The resting-state ALFFs of healthy people associate with task-evoked BOLD responses and behavioural interventions. Furthermore, there has been evidence of strong synchronisation of LFFs between areas within the same neuroanatomical and/or functional structures. Significantly, the degree of coordination is linked to cognitive reasoning capacity (e.g., reading ability), performance changes (e.g., visualdetection performance), and personality characteristics (e.g., autism traits) in stable persons. As a result, it suggests that the LFFs' geographic activity amplitude and connectivity patterns are linked to facets of cognitive performance.

We looked at how much intrinsic brain activation (both regional activity and functional integration patterns) at rest predicts individual differences in semantic processing ability in this study: (1) We used a correlation analysis to find new core areas that may account for individual differences in semantic processing efficiency by correlating participants' output on conceptual tasks with their regional ALFF. (2) To rebuild the brain network connected with the core regions, we computed the functional connectivity strength between each seed and other voxels, and then measured the predictive capacity of these connectivity strengths for subjects' semantic results. Individual difference in semantic processing ability was highly predicted by regional ALFF in the left (posterior) middle temporal gyrus (LMTG) and its functional interaction with a set of other regions, according to our findings. 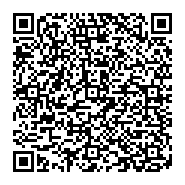