A cross sectional study of sperm motility index (SMI) in normozoospermic and oligoasthenotera-tozoospermic males was undertaken to find correlation between sperm concentration and SMI. Two-hundred subjects with impaired fertility potential were screened for the routine semino-gram parameters along with SMI using sperm quality analyzer (SQA IIB) to find out the SMI in the population of central India and were divided into normozoospermia and oligoasthenoterato-zoospermia (OAT). The SMI in the normozoospermic group was 290 +106.93 and in OAT group it was 55 +26.02 (P<0.05). In conclusion, SMI has progressive linear relation with sperm concen-tration (coefficient of correlation 0.94)

Sperm motility is one of the most important parameters in evaluating the fertility potential of a semen specimen. A man with completely immotile sperm is sterile as immotile sperm whether living or dead cannot penetrate cervical mu-cus [1]. Sperm motility index (SMI) takes into account all the parameters of semen analysis and integrates them into a single objective numerical value, which reflects the com-prehensive overall status of semen and its fertilization po-tential. The SMI has the sensitivity of 93%-96% and speci-ficity of 84%-85 and 5% in ruling out the oligozoospermic from asthenozoospermic semen samples [2].

Semen samples were obtained from the male partners of the couples with impaired fertility potential attending the Re-productive Biology Unit, Department of Physiology, MGIMS, Sevagram. Study was conducted during the period from April 2002 to February 2004. Subjects having azoo-spermia, necrospermia and genital tract infection (based on semen culture and sensitivity) were excluded from the study.

Total numbers of subjects studied were 200 between the ages 19 to 58 years with the mean age of 31 years. Persons without hydrocoele, varicocele, undescended testes or atro-phied testes were included. Subjects were classified into two groups based on their semen analysis findings viz. normo-zoospermic and oligoasthenoteratozoospermia group [3].

The sperm concentration was evaluated by Sperm Quality Analyzer (SQA-IIB) at the room temperature [2].

The percentage of motility and sperm motility index (SMI) was evaluated by Sperm Quality Analyzer (SQA-IIB) at the room temperature [2].

To evaluate grade of motility at least 5 μL (diluted if con-centration of the sperm is greater than 60 million/mL.) of semen was placed on a standard microscopic slide, a cover slip was placed over the drop and under high power objec-tive number of motile sperms per field was counted.

The quality of sperm motility was graded on a scale of 0 to 4 as follows [4].

During this study 200 semen samples were analyzed. Out of these 100 were normal and 100 were abnormal. The mean age of the subjects studied was 31 years and the range was 19 to 58 years.

The distribution of sperm count, in both the groups is shown in Table I. In normozoospermic group, mean sperm count was 108 + 34.29 million/mL and in oligoasthenoteratozoo-spermic (OAT) group, the count was 18 + 12.62 million/mL (Fig. I.)

Fig. 1: Comparision of Sperm Concentration (million/mL) In Normozoospermic and OAT 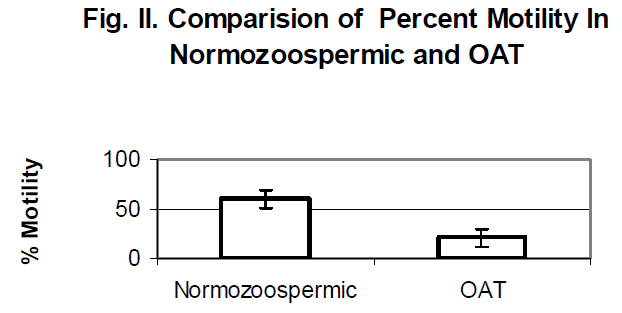 Fig. 2: Comparision of Percent Motility In Normozoospermic and OAT

The mean sperm concentration found in this study was 108 + 34.3 million/mL in case of normozoospermic and 18 + 12.6 in the OAT group (P<0.05). The acceptable sperm count levels in terms of potential fertility are 20 million/mL and there is no linear relationship between the count and actual fertility. According to the committee of International Fertility Association (evaluation of criteria for fertility), lower limit of fertile range has been dropped from 60 mil-lion/mL to 20 million/mL. Counts of less than 20 mil-lion/mL is usually considered to be distinctly abnormal, al-though successful impregnation may occur [5]. It is generally accepted that sperm count alone cannot be considered the major determinant of a man’s infertility and that fertility potential is related to the number of motile sperm.

There was significant variation found in the percentage mo-tile sperms in two different groups in this study. In the nor-mozoospermic group, it was 60 + 9.17 % and in OAT group it was 21 + 9.02% (P<0.05). The results were compatible with the study of Rehan et al. [6] who reported that each of the 25 men in whom the sperm density was less than 10 mil-lion/mL had fathered 2 or more children. This study showed definite positive relationship between sperm density and percentage of motile sperm. A relationship was also found between sperm density and grade of motility. But according to some authors very high counts over 300 million/mL can result in reduced fertility through reduced sperm motility [7]. But in the present study we didn’t encounter the sperm density as high as that of 300 million/mL, the maximum sperm density was 195 million/mL. Type of movement also influences fertilizing capacity [8]. Sperms swimming in tight circles cannot readily pass through the uterotubal junc-tion and only straight swimmers succeed in fertilizing ova. Thus the wives of men who have greater active sperm count in the ejaculate conceived, sperm motility compensated for the low sperm count levels in the fertile group [9]. A man with completely immotile sperm is sterile. Immotile sperm whether living or dead cannot penetrate cervical mucus [1]. In this study the SMI in the normozoospermic group was 290 +106.93 and in OAT group it was 55 +26.02 (P<0.001). The SMI has progressive linear relation with sperm concen-tration (coefficient of correlation 0.94) [Fig. IV], percent motility (coefficient of correlation 0.92) [Fig. V].