Objective: To identify the responsible allergens in patients with allergic rhinitis using skin prick test and further to help create the chart showing allergen distribution in Duzce region of Turkey.

Methods: This retrospective case series included 192 patients diagnosed with allergic rhinitis between June 2014 and June 2016 in the private office of the author. The diagnosis of allergic rhinitis was based on patient history and physical examination findings. Allergopharma allergen extracts were used for skin prick testing. Twenty-eight allergens including histamine as the positive control, saline as the negative control and twenty-six allergens were drilled on the volar surface of the forearm. The results were evaluated after 15 minutes. The negative (-), positive (+), (+++) and (++++) results were assessed and analyzed.

Conclusions: The most common allergens in patients with allergic rhinitis in Duzce region were mites, trees pollens, and grass pollens.

Allergic rhinitis is an inflammatory nasal mucosal disease characterized by attacks of sneezing, profuse watery nasal flow, nasal congestion, and itching. This reaction is caused by IgE-mediated Type 1 hypersensitivity reaction and is secondary to allergic contact of the nasal mucosa. Physical examination typically reveals conchal hypertrophy, pale color of the concha mucosa and excessive serous secretion. Allergic rhinitis has been classified as seasonal, perennial and occupational allergic rhinitis based on the period of exposure to the allergen. Perennial allergic rhinitis is usually caused by house dust mites, fungi, insects (cockroaches) and animal feathers. Seasonal allergic rhinitis is caused by various extraneous allergens such as pollen and fungi. Distinguishing these two types may not always be straightforward. For example, a patient with seasonal allergic rhinitis may have allergies to a variety of pollens that develop at different times of the year, and their symptoms may suggest perennial rhinitis. Also, in some regions, pollens and fungi may be present around throughout the year. On the other hand, symptoms of perennial allergy may not persist throughout the year [1].

Allergic rhinitis is a disorder most commonly seen among patients with immunologic and chronic diseases with a growing incidence, affecting 10-30% of the population,particularly in developed societies. While allergic rhinitis has a prevalence of 7% in northern European countries, it is ranked sixth among chronic diseases in the US [2,3]. Studies in Turkey on rhinitis reveal a prevalence ranging between 9% and 20% [2,4,5]. While allergy is pre-diagnosed through patients history and examination, in vivo skin tests or in vitro serological tests are used in definitive diagnosis. Among epicutaneous allergy tests, skin prick test (SPT) is the one that is most commonly used. In the SPT, the response of the skin to the IgE-associated allergen is assessed. In vivo tests are more reactive and less expensive compared to in vitro tests. Therefore, SPT is the most preferred one to identify the allergen [6]. In patients with allergic rhinitis, identifying the allergens that cause the symptoms as well as the environmental distribution of allergens constitute the most important step in the treatment of the disease. Also, identification of allergens is essential for prevention and immunotherapy treatment approaches. The purpose of this study was to identify the allergens responsible for allergic rhinitis in Duzce Province of Turkey and to help create the chart showing allergen distribution for this region.

This retrospective case series included the patients diagnosed with allergic rhinitis in a private office in Duzce Province of Turkey between June 2014 and June 2016. The pre-diagnosis of allergic rhinitis was based on patient history and physical examination findings. Patients were clinically diagnosed with allergic rhinitis based on continuous sneezing attacks, frequent and watery nasal flow, nasal obstruction, itching eyes and nose, allergic conjunctivitis, atopic features, pale and hypertrophic concha, pale nasal cavity mucosa and ominous secretion. The patients were scheduled for an SPT examination after a drugfree period of at least 14 days including topical and systemic corticosteroids, antihistaminic and immunosuppressive drugs.

Allergopharma allergen extracts were employed for SPTs. The volar aspect of the forearm was wiped with alcohol. Twentyeight points each spaced 3 cm apart and at least 2-3 cm from the wrist and the antecubital fossae were marked with a pen. Histamine as the positive control and saline as the negative control was dropped on the first and second mark, respectively. Other allergens were dropped successively in a total of 26 drops as classified in 8 groups. The twenty-six allergen extracts were as follows; mite (Dermatophagoides pteronyssinus), corn flour, wheat flour, rice flour, grass, meadow grass, wheat, oat and tree pollens, olive, oak, pine, poplar, fungi for hazelnut, Aspergillus fumigatus, dog hair, fowl feather, cat hair, Budgerigar feather, egg white, egg yolk, chicken, cow milk, cacao, walnut, strawberries and insects, cockroach. 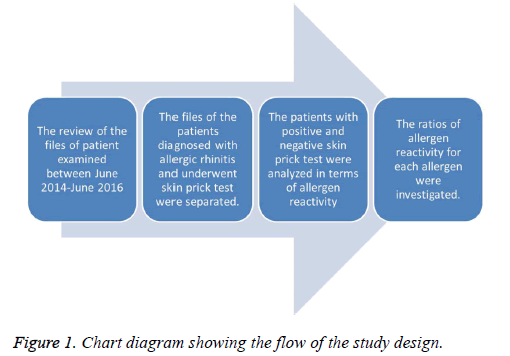 Figure 1: Chart diagram showing the flow of the study design.

Allergens responsible for the positive response to the SPT are, in descending order, mites in 124 patients (77.5%), tree pollens in 118 patients (73.8%), grass pollens in 118 patients (73.8%), and fungi in 114 patients (71.3%), followed by foodstuffs in 68 patients (42.5%), flours in 52 patients (32.5%), epithelium in 46 patients (28.8%) and most frequently insects in 34 patients (21.3%) (Table 1). Most common symptoms in cases of seasonal allergic rhinitis were found to be sneezing, nasal obstruction, nasal flow, and nasal itching in descending order. The symptoms were in the order of nasal obstruction, nasal discharge and sneezing in cases with perennial allergic rhinitis cases. Most common grass pollen allergens were corn, grass, wheat and meadow grass. These pollens are followed by pine, hazelnut, poplar, olive and oak pollens. Positive skin prick response was most common in rice flour among flours, dog hairs among epithelium, and egg white among foodstuffs.

Table 1. Distribution of allergens found to be positive to the skin prick test.

Allergic rhinitis is not considered a serious problem as it is not a life-threatening illness. Recommended drugs yield temporary benefits without referring to medical help. Nonetheless, allergic rhinitis significantly poses social, clinical and economic harms. Most of the patients exhibit allergic rhinitis symptoms for more than three months per year, which impairs the quality of life. Rhinitis leads to economic issues due to its effects of work absenteeism in adults and school absenteeism in children. Therefore, diagnosis and treatment approach in allergic rhinitis is significant. Effective treatment will also help to treat other coexisting diseases such as asthma, sleep disorders, otitis media [1].

No clinical finding occurs at the first encounter with an allergen because no specific IgE has been produced yet and substance has not been identified as an allergen. When an allergen encounters the immune system, immune cells produce IgE. IgE is specific to a particular antigen and react only upon encountering with that allergen. For this reason, they are called “specific IgE.” IgE is deposited on mast cells. Since specific IgE is produced after the first contact, an allergic reaction occurs only on the second contact [10]. Jiang et al. investigated the correlations between two methods of measuring serum IgE and SPT which was used as a reference standard found that IgE measuring systems can identify potentially significant allergens in the diagnosis of allergic rhinitis [21]. Also, using the cockroach, housefly and mosquito aeroallergens, Kumar et al. found a significant correlation between the grades of SPT reactions and serum specific IgE levels against cockroach, housefly and mosquito aeroallergens [22]. However, Mehl et al. found low concordance between SPT and serum IgE for cow’s milk and hen’s egg and suggested that the tests should not be used interchangeably [23]. In one study, the diagnostic power of the SPT for egg white was determined to be significantly higher compared to the diagnostic power of the serum IgE [24].

In conclusion, our results that explore the allergen profile in Duzce Province are consistent with other studies reported from especially West part of Turkey.