Background: Several studies have been conducted to assess the effect of radiofrequency radiation on human health. Substantial evidence indicates that exposure to common sources of electromagnetic fields (EMFs) such as mobile phones, laptops or WiFi-connected laptops adversely affect human health. Over the past decades, the usage of mobile phone has spread widely and rapidly. Mobile jammers are devices which are used to block mobile phone signals in public places such as offices, places of worship and conference rooms, by emitting a series of EM pulses and distracting communication systems. This study was aimed at investigating the effect of short term exposure to mobile jammers on human hearing.

Materials and Methods: A total of 70 young, healthy volunteer students were studied. These subjects were divided into two groups with an equal male to female ratio. None of the students had the history of hearing problems. Standard audiogram tests were performed for both groups after one hour of exposure/sham exposure. Data analysis was performed using SPSS software. Paired t-test and ANOVA were used for data analysis.

Results: This is the first study to assess the effect of mobile jammer RF radiation short term exposure on human hearing. Findings of this study showed that the quality of hearing in students who were exposed to jammer radiofrequency radiation for 1 h was significantly lower than that of the sham exposed group. There was a statistically significant difference between two groups, especially in 1000 and 2000 Hz frequencies.

Conclusion: Exposure to mobile jammer radiation for durations as low as 1 hour adversely affects the human hearing. Considering the health effects of mobile jammers, stricter regulations are needed for limiting the application of these devices.

Nowadays, mobile phones play important roles in our daily life and they are essential tools for effective communication, so phenomenal growth in the number of people using cell phones worldwide is being seen. In most public places like offices, places of worship and conference rooms, cell phones ought to be turned off because of security problems. To this aim, mobile jammer is most frequently selected as it can block all signals. Emitting a series of EM pulses and increasing noise levels, the mobile phone jammer distracts communication systems. When the jammer is turned on, all phones located within the effective radius of the jammer will stop working. Mobile jammers work by radiofrequency and deliberately block mobile communications. As jammers also block critical and emergency communications, in many countries there are strict rules that inhibit marketing, selling, or using these devices. US Federal Communications Commission has declared that “a single violation of the jamming prohibition can result in tens of thousands of dollars in monetary penalties, seizure of the illegal device, and imprisonment” [1]. Theater and restaurant owners in some countries use a cell phone jamming device to limit the disruption caused by inappropriate mobile phone use. In countries where the use of mobile jammers is not prohibited by law, these devices are occasionally used for blocking mobile phone calls, text messages and WiFi internet communications. In some countries, mobile jammers can even be bought in electronic markets with nonlicense; mobile phone jammers are sometimes employed in universities to stop students from cheating (receiving calls or text messages from other students who are participating in the examination or others outside the university). Radiofrequency (RF) emission will penetrate organic tissues and be absorbed and transformed into heat. Distribution of an EMF in an organism depends on various factors like dielectric composition, the tissue under radiation, bone, EMF frequency, the geometry and additionally the kind of and distance from the supply. Exposure to low frequency EMFs induces a vast domain of responses in living systems [2].

The second group followed protocol number two: students were first exposed to jammer emission for one hour, and the audiometry test was then done. After an interval of 1 hour the test was conducted on the same students again.

In order for fatigue, learning and other unknown effects to be equal, none of the students of each group knew when the jammer was turned on. According to human physiologic difference, each individual was compared with him/herself in this experiment. It should be mentioned that the mobile jammer device was at a distance of 100 cm from the students. The mean power density at this distance was 2.3 ± 0.9 μW/m2. Sitting individuals were tested in a classroom in the morning when the ordinary fatigue would be less likely to affect the results.

All participants in this study signed the informed consent form that was prepared according to the ethical codes.

Data analysis was performed using SPSS version 11.0. The data were analyzed using appropriate statistical tests such as the paired t-test and analysis of variance (ANOVA). The level of significance was set at p<0.05.

Table 1. The mean hearing thresholds of the participants in sham-exposure and real exposure phases of the study. a) The left ear b) The right ear.

This is a pilot study that assesses the impact of mobile jammer on human hearing. Results presented in this study clearly prove that the hearing of young adults exposed to jammer RF radiation for an hour was significantly lower than when they were not exposed to jammer radiation. The obtained results, especially in 1000 and 2000 Hz frequency show a very significant tendency to hearing loss in the participants. These results are generally in line with studies of Alsanosi et al. which showed that encountering cell phone EMF in short distances for 60 minutes may affect the threshold of hearing and the inner ear [3]. The obtained results show the effect of jammer mobile radiation on human similar to observation reported by Mortazavi et al. who showed that sperm samples exposed to mobile phone jammers may be affected in their motility character [5]. Our findings can also be supported by the report of Velayutham et al. which indicated that radiation from cell phone has some effects on hearing system [6]. There were some limitations in this study. A large population basedstudy needs to be done.

This is the first study to investigate the effect of short term exposure of human hearing to RF radiations emitted by common mobile jammers. Altogether, findings of this study indicate that the students exposed to radiations emitted by a common mobile jammer show significantly lower hearing compared to the time they were not exposed. This is an issue that needs further consideration because today the use of mobile jammer is increasing and health hazards such as hearing loss are important subjects that need further research. In this respect, it can be concluded that in countries that have not yet banned the use of mobile jammer, legislations should be urgently passed to restrict the use of these signal blocking devices in public or private places.

This Research was supported by Shiraz University of Medical Sciences, we are thankful for their financial and logistical support. 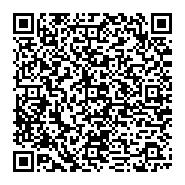