Adipose tissue is widely considered as a hormonally active system with metabolic effects. The term ‘adipocytokines’ has been coined to designate different bioactive substances derived from adipose tissue that modulates several functions in other tissues [5]. Visfatin is one of the most abundant adipocytokines recently discovered with the capacity to modulate several functions. Visfatin receive much attention as it was reported to function as an insulin sensitizer [6]. Plasma visfatin levels are highly correlated to the amount of visceral fat [6,7]. The role of visfatin in human physiology and pathophysiology remains to be elucidated, while, according to some authors, plasma concentrations of visfatin are elevated in obesity and type 2 diabetes, which are states characterised by insulin resistance [7].

No study, until now, has been reported concerning the possible role of changes in the release of the recently discovered visfatin, in the metabolic disturbances that frequently accompany thyroid dysfunction related to dyslipidemia. In the study, it is aimed to research the likely role of visfatin in hypothyroid and subclinical hypothyroid status related to dislipidemia, after determining the visfatin levels before and after levothyroxine treatment.

Study was performed in 43 patients with overt and subclinical hypothyroidism (18,6% overt, 81,4% subclinical). Patients were divided into three groups according to their BMI levels (Group 1: BMI=18.5-23.9 (normal), Group 2: BMI=24-29.9 (overweight), Group 3: BMI > 30 (obese). Patients with chronic renal failure, congestive heart failure, smokers, pregnant women, hypertansive patients, patients with cancer and drug usage (which may have effects on lipid metabolism) were excluded from the study.

Patients with overt and subclinical hypothyroidism were evaluated at the time of diagnosis and again after normalization of thyroid function following appropriate Levothyroxin therapy. All subjects were ambulatory and were studied as outpatients during visits to the endocrinology and internal medicine clinics. Serum concentrations of free T4 (FT4), free T3 (FT3), TSH, fasting blood glucose, visfatin, thyroid peroxidase autoantibodies, thy roglobuline antibodies, LDL cholesterol, HDL cholesterol, total serum cholesterol levels, and triglyceride levels were measured in all subjects. All patients’ body mass indexes (BMI) were calculated. All patients were treated with the appropriate dose of Levothyroxin therapy to become euthyroid. The dosage of levothyroxine (LT4) was adjusted in an attempt to keep the serum FT4 and TSH concentrations within the normal range. All patients were followed periodically (monthly periods). All patients became euthyroid within 3 months. After 3 months, all parameters were measured again.

Results are given as the mean SEM. Comparisons of mean averages between groups were made using the Student t -test for normally distributed data and the Mann– Whitney U -test for nonparametric data. For paired data, statistical analysis before and after therapy were carried out with the paired Student t -test or the Wilcoxon signedrank test, as necessary. Test 2 was used to study the relationship between qualitative variables. Correlations between variables were assessed using Pearson’s correlation analysis. A value of p<0.05 was accepted as statistically significant. SPSS for Windows vs 12.0 was used for statistical analyses. 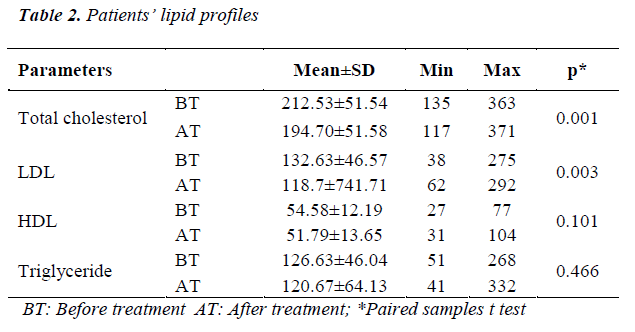 Table 4. BMI levels in all groups before and after LT4 treatment

Between three BMI groups (Group 1: BMI=18.5-23.9 (normal), Group 2: BMI=24-29.9 (overweight), Group 3: BMI > 30 (obese)) there were no significant differences of plasma visfatin levels. This finding was not in concordance with the observations made by Berndt et al. [12], who found that plasma visfatin concentration and visceral visfatin expression positively correlated with BMI, and a study of Haider et al. about obese children and high plasma visfatin levels [13]. The reasons for these discrepancies are unclear, but may have been caused by the following factors: (i) ethnic heterogeneity of these studies may affect visfatin level or visfatin sensitivity; (ii) criteria for recruitment were different in the various studies, thus, differences in confounding factors such as age and, lifestyle may affect visfatin levels and other traits of interest and obscure the results. On the other hand, TSH or hypothroidism related factors may have influences on visfatin levels independent from BMI. These suggestions need to be studied in future research.

In the light of lipid profile; total cholesterol, triglyceride and LDL cholesterol levels decreased significantly after proper Levothyroxin treatment. On the other hand, HDL cholesterol levels did not change after partients had become euthyroid. Study results here were parallel with the studies of Jian et al. (in year 2006, in Chinese population) [14] and Bailey et al. (in year 2006, French-Canadian collective working) [15] that serum visfatin levels are decreasing with the improvement of serum lipid profiles. In addition, our results showed that visfatin levels positively correlated with total cholesterol and LDL cholesterol levels before Levothyroxin treatment. After proper Levothyroxin treatment, visfatin levels negatively correlated with LDL levels. All these results suggest that visfatin may have an important role on human body lipid equilibrium. However the mechanism of this role remains unclear and needs to be studied in the future.