Objective: We aimed to investigate whether Serum Prolidase Activity (SPA) levels could be used as a potential diagnostic and/or prognostic biomarker in Acute Ischemic Stroke (AIS) patients or not.

Materials and Methods: SPA levels were prospectively evaluated in 37 patients aged between 20 and 85 y who were admitted within 24 h of the onset of AIS. The control group included 37 healthy volunteers of similar age without any disease.

Conclusions: Increased levels of serum prolidase enzyme activity may be an independent predictor of AIS and may contribute to stroke pathophysiology. However, further studies with larger populations are needed to reveal the role of SPA in AIS.

Stroke causes significant burdens for human health and life, including high morbidity, mortality, and disability [1]. Ischemic stroke constitutes about 80-85% of all stroke cases and is caused by the interruption of cerebral blood flow due to a blood clot [2]. A complex cascade of metabolic events begins with brain ischemia. Oxygen free radicals and related reactive chemical species leading to oxidative stress cause the damage that occurs after permanent ischemia especially in the penumbral region of infarcts [3].

Collagen is the basis for the connective tissue structures involved in inflammation, wound healing, cell movement, trophoblast implantation, and fetal development [4]. Collagen types 1 and 3 fibers are important for the arterial wall strength [5]. Consequently, any vascular damage will affect the collagen cycle. Prolidase, which is a cytosolic exopeptidase and a member of the Matrix Metalloproteinase (MMP) family, cleaves iminopeptides from carboxy-terminal ends of proline or hydroxyproline and is actively involved in collagen metabolism [6]. An increase in collagen turnover is known to be correlated with increased prolidase enzyme activity [7]. Prolidase enzyme activity was found in various organs, such as the heart, brain, thymus, kidney, lung, pancreas, and spleen, and in plasma, leukocytes, erythrocytes, and dermal fibroblasts [8].

MMPs are belonging to a zinc-dependent proteolytic enzymes family and degrade the Extracellular Matrix (ECM) that results in an obstruction of distal vasculature and makes the plaque unstable [9]. Prolidase catalyses the terminal step of the degradation [10]. It has been shown that brain MMP activity is correlated with nitrative/oxidative stress and increases during reperfusion [11]. Furthermore, in stroke patients, elevated serum MMP levels have been reported [12].

Biomarkers that predict the outcome and occurrence of ischemic stroke are critically important for prevention and treatment [13]. However, Serum Prolidase Activity (SPA) has not been previously assessed in Acute Ischemic Stroke (AIS) patients to our knowledge. We hypothesized that as a result of increased oxidative stress and collagen turnover, elevated SPA levels could reflect brain tissue damage in AIS. Therefore, in this study, we aimed to investigate whether the SPA levels in AIS patients could be used as a potential diagnostic and/or prognostic marker or not.

This study was performed in the neurology clinic of the Sakarya Education and Research Hospital between May 2016 and May 2017. In the study, 37 patients aged between 20 and 85 y who were admitted within 24 h of the onset of AIS were prospectively evaluated. The control group consisted of 37 healthy volunteers of similar age without any disease.

The study was approved by the Sakarya University Human Ethics Committee. A detailed written informed consent from each individual was obtained before participation or from a family member if necessary. Exclusion criteria were as follows: patients with heart disease (such as myocardial infarction or heart failure, chronic obstructive pulmonary disease, pulmonary embolism, pulmonary hypertension, tuberculosis, lung cancer, chronic renal failure, or current hormone replacement treatment.

Ischemic stroke subtypes classification was done according to the Trial of Org 10172 in Acute Stroke Treatment (TOAST) criteria, as cardioembolism, large-artery atherosclerosis, small artery occlusion, stroke of other determined cause, or undetermined cause [15]. To determine the anatomical subtype of stroke, the Oxfordshire Community Stroke Project (OCSP) classification was used [16]. Multidetector CT findings taken within 24 hours were analysed. According to the size of the infarction, the subjects were divided into the groups as follows: large infarct (>10 cm3), middle infarct (4.1-10 cm3), and small infarct group (≤ 4 cm3) [16].

Blood samples were taken from all groups after overnight fasting. The blood was collected in non-EDTA tubes and centrifuged at 4°C at 3000 rpm for 10 min; after centrifugation, the serum was separated from the cells immediately. Serum samples for the measurement of prolidase activity and other biochemical parameters were stored at -80°C until use. After thawing the samples, the measurements were performed in the same series.

The measurement method for SPA was defined by Myara et al. [17]. We used the optimized method of Ozcan et al. [18]. Prolidase activity was evaluated with a spectrophotometric method, by measuring the proline levels. Briefly, 500 μL pre-incubation solution (50 mmol/L Tris hydrochloride buffer at pH 7.8, with 1 mmol/L endogenous antioxidant Glutathione (GSH), 5 mmol/L manganese(II) chloride (MnCl2), and 0.1% Triton X-100) and 100 μL serum were mixed; this mixture was then pre-incubated for 3 h at 37°C. A 100-μL volume of pre-incubation serum was added to 100 μL 144 mmol/L Gly-Pro solution, and this mixture was incubated for 30 min at 37°C. After the incubation, 1 ml 0.45 mol/L trichloroacetic acid solution was added quickly to the incubation tube, and the incubation reaction was stopped. This mixture was centrifuged at 1500 rpm for 5 min, and 500 μL supernatant was removed. For the proline measurement, the supernatant was used by Myara et al.’s method [17], which is known as a Chinard’s method’s modification [19].

To evaluate distribution of variables, the Kolmogorov-Smirnov test was used. To compare the continuous parametric data, a two-independent-sample t-test was performed. The Mann- Whitney U test was used for the comparison of the continuous nonparametric data. The continuous data were introduced as the mean ± standard deviation. Spearman’s or Pearson’s correlation coefficient was used for determining the relationship between variables. A p-value<0.05 was considered as significant. Commercial software (IBM SPSS Statistics, Version 22.0., Armonk, NY: IBM Corp.) was used to perform the analyses.

Table 2: Correlations between prolidase, and other clinical and metabolic parameters.

We evaluated the activity of serum prolidase, which is a member of the MMP group, in acute ischemic stroke patients in this study. A significant increase was detected in SPA in AIS patients compared to the control group. SPA was positively correlated with the presence of atrial fibrillation.

Prolidase is an important enzyme that plays an important role in the regulation of collagen metabolism. Prolidase activity has been shown to be significantly different in a variety of diseases that are thought to involve the pathogenesis of collagen biosynthesis [20]. In some clinical trials, increased SPA has been detected in a variety of diseases, such as chronic liver diseases, various tumor types (including breast and lung cancer), bronchial asthma, fetal intrauterine growth retardation and neural tube defects, bipolar disorder, thalassemia major, and erectile dysfunction [4,5,21,22].

Moreover, in various diseases characterized by chronic inflammation, it has been determined that serum prolidase enzyme activity is increased due to the deterioration of collagen [4]. Prolidase is an important type of MMP and in the degradation of the ECM, it catalyses the terminal step. The MMP group is known to be necessary for the destruction of the ECM around neurons and cerebral blood vessels [10]. This effect of MMPs causes the blood-brain barrier to open, leading to hemorrhage, brain edema, and cell death. In ischemic stroke patients, plasma MMP-9 protein levels increasing after the stroke onset and reaching a peak within 24 h has been reported [23].

Currently, stroke diagnosis depends on clinical examination and neuroimaging techniques [1]. The identification of effective biomarkers for early diagnosis of AIS and the establishment of biological procedures for early detection are critically needed. To our knowledge, this is the first study to investigate SPA in AIS patients.

There are some limitations of our study. First, we measured SPA levels only once, so we could not evaluate the dynamic change of SPA levels at different stages of AIS. The other limitations are the low number of patients in our study and the fact that it is a case-control study.

We conclude that increased levels of serum prolidase enzyme activity may be an independent predictor of AIS and may contribute to stroke pathophysiology. However, further studies are required to investigate these pathways on the role of prolidase in the progression of cerebral ischemia and other vascular conditions.

The authors report no conflicts of interest. 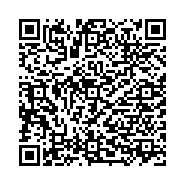