Invasive Pulmonary Aspergillosis (IPA) is one of the most common causes of death due to invasive mycoses in the US and many other regions worldwide [1]. As the number of immunocompromised patients’ increases, the incidence of fungal infections has also increased in recent years [1,2]. The number of patients in Intensive Care Units (ICUs) with respiratory tract samples positive for Aspergillus culture increases every year [3]; however, there is no non-invasive gold standard for the diagnosis of IPA for these patients. IPA is one of the most frequently underdiagnosed infections in critically ill patients [4] and remains an important cause of morbidity, mortality, and high hospital costs [4,5]. Including Bronchoalveolar Lavage Fluid (BALF) serum Galactomannan (GM) as an additional entry criterion for the AspICU clinical algorithm may increase the diagnostic sensitivity for IPA in ICU patients [6,7]. The role of GM in the serum or BALF for the diagnosis of IPA has been extensively evaluated in hematological patients; however, its performance in nonhematological patients is not well-established [7-10]. We suggest that including GM detection in the BALF into the diagnostic algorithm would increase the sensitivity of diagnosis. In this study, we prospectively evaluated the AspICU algorithm for critically ill patients with positive Aspergillus culture and tested patients with negative Aspergillus culture but a positive BALF antigen test. IPA has a high prevalence in the patients with cancer chemotherapy or organ transplantation [11,12], and its prevalence in pediatrics department has increased in recent years, which may be related to antibiotic abusage and low immunity in children, among other factors. Clinically, serum GM detection is typically applied for adult patients with IPA and has shown a high clinical value. However, its application for pediatric patients with IPA has been limited, and thus the associations between using GM to detect IPA between children and adults remain unclear. Based on the detection of serum GM in LPA high-risk children admitted to our hospital in recent years, we investigated the value of serum GM detection for the early diagnosis of IPA in children, thus providing a reference for clinical diagnosis and treatment.

A total of 80 pediatric patients with high-risk IPA admitted to our hospital from January 2010 to June 2015 were selected based on the following inclusion criteria: persistent fever (>38.0°C) and non-responsive to sufficient-quantity antibiotic treatment for 3 days or more. Diagnosis was performed based on clinical symptoms and the diagnostic criteria of "treatment guidelines for children with invasive pulmonary fungal infections (2009)" issued by the respiration committee, Chinese Society of Pediatrics [4]. The study subjects included three confirmed cases, 20 clinically diagnosed cases, 25 suspected cases, and 32 non-IPA patients (37 boys and 43 girls, age ranging from 2 months and 18 days to 12 years, with an average age of 6.39 ± 1.47 years). This study was conducted in accordance with the declaration of Helsinki. This study was conducted with approval from the Ethics Committee of Children’s Hospital of Zhengzhou. Written informed consent was obtained from all participants.

SPSSl7.0 (SPSS, Inc., Chicago, IL, USA) was used for data analysis; the measurement data were expressed as the mean ± standard deviation and evaluated using the t-test. P<0.05 was considered significant.

Comparison of serum GM between group IPA and group non-IPA

Aster Aspergillus infects lung tissues by releasing toxic products and antioxidants, which can interfere with and reduce the body's immune responses, protecting Aspergillus from being damaged by free radicals; Aspergillus can also interfere with the immunity of T cells by releasing interleukin (IL)-10, IL-4, or other cytokines, infection, and disease progression [16,17]. Currently, the diagnosis of IPA is mainly based on clinical symptoms, X-ray, or pathogen detection, among which opening the chest for lung tissue biopsy or thoracoscopic lung tissue pathological inspection is considered the gold standard diagnostic criteria; however, this test causes trauma to patients, and thus this method cannot be conducted clinically at the large-scale [18,19]. Non-culture methods for the diagnosis of IPA mainly use sputum, blood, or BALF, which show high diagnostic specificity and sensitivity [20-24]. Previous studies compared the diagnostic values of BALF with the serum GM test for diagnosis of IPA [25-29], and the results showed that when 1.0 was used as the positive cut-off value, the detection specificities and positive predictive values of BALF and serum GM were both 100.00%, but the detection sensitivity and negative predictive value of serum GM were less than those of BALF. When 0.5 was used as the positive cut-off value, the sensitivities of serum and BALF were both significantly increased, but the specificities were decreased. Because it is difficult to obtain phlegm specimens and BALF from children that may cause trauma and bucking easily in them, the serum GM detection method is used in more frequently in children to detect Aspergillus infection. Zhe analysed 20 reports from among 2658 studies and found that the early diagnostic value of serum GM for IPA was higher when 0.7 was used as the cutoff value [30,31]. This study investigated the diagnostic value of GM in children with early IPA. The results showed that the AI value in the IPA group (including confirmed, clinical diagnosed, and suspected cases) was 1.52 ± 0.74, which was significantly higher than that in the non-IPA group (0.57 ± 0.23), indicating the feasibility of diagnosing IPA by detecting serum GM. When the positive cut-off value of GM was ≥ 1, the diagnostic sensitivity, specificity, positive predictive value, and negative predictive value toward children with IPA were 81.25% (39/48), 93.75% (30/32), 95.12% (39/41), and 96.92% (30/39), respectively. When the cut-off value was set as ≥ 0.5, the diagnostic sensitivity, specificity, positive predictive value, and negative predictive value were 91.67% (44/48), 75.00% (24/32), 84.62% (44/52), and 85.71% (24/28), respectively. Diagnostic sensitivity was lower when the positive cut-off was ≥ 1, but the diagnostic specificity, positive predictive value, and negative predictive value were higher, indicating that a positive cut-off ≥ 1 has higher diagnostic value, consistent with the results of previous studies. Although the sample size was limited, our results provide useful information regarding the early diagnosis of IPA in children. 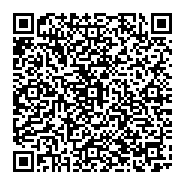