Researchers have attempted to define self-concept in a variety of ways, but virtually all of them are concerned with one's knowledge or views of oneself. Self-concept, according to Baby, is a person's feelings or views about himself, including self-evaluation of physical qualities, hobbies, talents, abilities, and personality. It's similar to a set of ideas about one's own identity, including personal, ethnic, and professional awareness, as well as other long-term objectives or desires.

How Does One's Self-Concept Grow?

As previously stated, Shavelson et al. [3] model shows that as one grows older, self-concept aspects become more distinct. It's critical to understand that the initial stage of self-concept formation occurs in infancy, when the new born identifies himself as a single person. Children absorb knowledge about them and organise it as a way of understanding the world and their interactions with their social environment as early as infancy [4]. Children's self-concept is "less distinct" in childhood, according to Baby [5], and it is preoccupied with concrete traits like as talents, possessions, and physical qualities. Self-concept, on the other hand, develops increasingly distinct and integrated through middle childhood. As the kid interacts with various social relationships, it gets more internal. In fact, even in middle or late adulthood, self-concept may vary. For example, Mansoor [6] discovered substantial variations in self-concept across early adulthood, middle age, and old age.

The creation of self-concept proceeds via four stages, according to Baby [5]: (1) The newborn develops a self-concept of being a distinct component of the environment in infancy; (2) as the kid grows older, others' viewpoints, particularly those of parents, are absorbed; and (3) eventually, moving away from parents' viewpoints, the kid internalises societal standards (e.g., expected appropriate behaviors). Multiple variables, it may be concluded, contribute to the altering of self-concept as people age. Consistent feedback from parents, for example, is regarded a main source of establishing self-concept in children; but, as they grow into teens, they become more reliant on their peers' judgments, and peers' views become an essential source of selfconcept for adolescents. In addition, Kawkash [7] discussed how gender, views, physical attractiveness, and confidence all contribute to a person's self-concept.

Adolescence is a key phase in a person's life during which he or she goes through a variety of physical and psychological changes that will most likely affect one's self-concept. Parents and instructors who understand the changes that occur throughout the creation of an adolescent's self-concept may be able to assist them in adjusting to these changes [7]. Early adolescence has also been identified as a developmental stage during which peer interactions become more important as familial ties weaken [8]. As a result, it's critical to concentrate self-concept study on this period of development.

As people get older, their self-concept may become more positive or negative. The shift in one's self-concept is determined by the dimensions of one's self-concept. For example, Shapka and Keating [9] looked at how several self-concept characteristics changed over the course of two years among high school students (grades 9-12). Researchers discovered that as pupils grew older, they had a more favourable self-concept in areas such as work ability, love partnerships, close friendships, and social acceptability. Students' evaluations of scholastic competence, on the other hand, deteriorated during the course of their high school careers. Also, according to Marsh [1], progressing from grade two to grade eight, Australian kids' looks, physical, and academic self-concepts decreased the most.

There have undoubtedly been several researches on the formation of self-concept in Western civilizations. When analysing a collective Arabic culture, such as that present in the Sultanate of Oman, there may be significant variations. In such a situation, it is critical to investigate the growth patterns of selfconcept.

For example, Smoaay [10] found that between the age of 5 to 7, Iraqi children's general self-concept improved. Gamer [11] observed that social self-concept among undergraduate Sudanese students grew as they got older, comparable to Shapka and Keating [9], who observed increasing self-concept in characteristics of social acceptability and close relationship. However, in another Arabic study including teenagers aged 12 to 18, Saber [12] found that social self-concept was favourably linked with age throughout middle school but negatively linked with age throughout secondary school. Furthermore, findings from another study involving students from elementary and junior high schools in the UAE revealed that elementary school students scored higher in math self-concept and school selfconcept than high school students [13], which was consistent with Shapka and Keating's [9] findings on scholastic competence self-concept.

While some of these researches revealed variations in selfconcept characteristics across age groups, others found no such differences. Chang et al. [8], for example, showed no statistical differences between children and adolescents in terms of social and general self-concept. Furthermore, Adeeb [14] investigated the development of general self-concept in Omani children in late childhood, grade six (ages 11-12), and early adolescence, grade nine (age: 15-16). There was no indication of selfconcept growth between these two eras, according to the study. Furthermore, Shapka and Keating [9] found no cross-sectional change in several self-concept variables between grades 9 and 10.

It seems that all prior researches have studied gender variations in self-concept independently from the influence of age. However, potential variations in the formation of self-concept by age may emerge across gender. Males and girls have distinctive patterns in their self-concept development, according to a large body of research. Over a two-year period, for example, a substantial interaction between time and gender was discovered in overall self-worth (from grade 9-10 to grade 11-12).

Boys, unlike females, saw a decline in self-worth with time. Furthermore, guys not only had lower levels of self-concept in intimate friendships than girls, but this level only grew in late high school. Girls' self-concept in this category, on the other hand, grew between early and late high school [9]. Furthermore, during a three-year period (from grade 1 to grade 3), Bouffard, Marcoux, Vezeau, and Bordeleau [18] discovered that while both boys’ and girls' perceptions of reading competency dropped with time, males' views began sooner than girls'.

As a result, it's critical to look at how boys' and girls' selfconcepts change throughout time. The current study employs a statistical approach that permits the interplay of gender and age effects to be investigated. 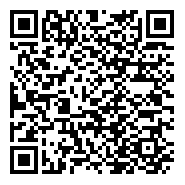