The term "schizo" refers to schizophrenia's psychotic symptoms. The way a person thinks, acts, and expresses emotions alters as a result of this brain illness. It also has an impact on how a person perceives reality and interacts with others. A mood disorder, or extreme changes in a person's mood, energy, and behaviour, is referred to as "affective."

• Bipolar disorder type: This illness is characterised by one or two types of mood swings. Bipolar disorder patients have strong highs (mania) that can be isolated or paired with lows (depression).

• Depressive type: Depressed people experience despair, worthlessness, and hopelessness. They may be considering suicide. They may also have difficulty concentrating and remembering things.

In the first edition of the DSM, the term schizoaffective disorder was initially used to describe a subtype of schizophrenia. Despite a lack of evidence for distinct variations in origin or pathophysiology, it eventually gained its own diagnostic. As a result, there have been no clear researches on the disorder's genesis. However, looking into the causes of mood disorders and schizophrenia, such as in schizophrenia.

Schizoaffective disorder's specific pathophysiology is unknown at this time. Abnormalities in dopamine, norepinephrine, and serotonin have been implicated in several investigations. White matter anomalies in the right lentiform nucleus, left temporal gyrus, and right precuneus are also linked to schizophrenia and schizoaffective disorder. In compared to co-occurring disorders, researchers discovered lower hippocampus sizes and unique deformations in the medial and lateral thalamic areas in people with schizoaffective disorder.

In most cases, medication and psychotherapy are used to treat schizoaffective disorder. Antipsychotics should be a mainstay of most therapy regimens, although the treatment should be individualised to the individual. According to a study that gathered data on schizoaffective disorder treatment regimens, 93 percent of patients were prescribed an antipsychotic. A mood stabiliser was given to 20% of patients in addition to an antipsychotic, whereas an antidepressant was given to 19% of patients. Inpatient hospitalisation should be considered before starting therapy if a patient with schizoaffective disorder is a danger to themselves or others; this includes people who are neglecting activities of daily life or who are incapacitated baseline in terms of functioning.

Schizoaffective illness is easily confused with other mental disorders due to criteria that include both psychosis and mood symptoms. During the workup for schizoaffective disorder, the following disorders must be checked out:

• Bipolar disorder is a mental illness that affects people. 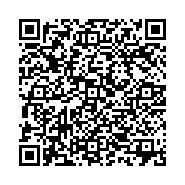