Safety and efficacy of the honghuaruyi pill for relieving chronic pelvic pain: A multiple center and randomized controlled study.

Honghuaruyi (HHRY) pill is considered as an effective treatment for Chronic pelvic pain (CPP) with the efficacy of promoting qi and blood circulation but lack of high-quality clinical evidence. This study is to evaluate the efficacy and safeties of HHRY pill.280 patients were randomly divided into two groups to receive HHRY pill or placebo. Pain relief rate, curative effect of disease as well as qi stagnation and blood stasis symptom in TCM, clinical signs of CPP, adnexal masses size and amount of fluid and EQ-5D instruments were evaluated. After treatment, pain relief rate was significantly higher (P<0.05). There was also significant difference (P<0.0001) of curative effect in both disease and symptom. The score of low abdominal pain, etc. were significantly lower (P<0.05). The score of tenderness caused by limited uterine activity and thickening or with adnexal masses of attachments were significantly different (P<0.05). The increased size of adnexal mass in HHRY pill group was 0.53 ± 8.19 and was 0.80 ± 4.28 in placebo group. The decreasing amount of fluid in HHRY pill group was 0.53 ± 2.63 and was 1.10 ± 3.40 in placebo group. Pain, anxiety and EQ-VAS score were significantly improved (P<0.05). No serious adverse reactions occurred. This study indicated HHRY pill would reduce patients’ chronic pelvic pain, improve corresponding clinical signs, symptoms in TCM and enhance the quality of life. However, more biochemical indicators are needed to assess the effect.

Chronic Pelvic Pain (CPP) is pain in the pelvic area that lasts for 6 months or longer. Chronic pain can come and go, or it can be constant. Sometimes chronic pelvic pain follows a regular cycle. For example, it may occur during menstruation. Constant pain will bring not only physical but also psychological burden to patient. CPP can be caused by a variety of gynecological diseases and sequelae Pelvic Inflammatory Diseases (PID) is the most common one [1]. One study estimated that for females with PID between 20 to 24 years of age, 18% would eventually develop chronic pain [2]. At present, the treatment of CCP mainly includes pain-relieving drugs therapy, physical therapy (acupuncture, acupressure, and nerve stimulation), nutrition therapy (vitamin B1 and magnesium) and surgical treatment (cutting or destroying nerves blocks pain signals from reaching tissues and organs) [1,3].

All participants were recruited by posters in the hospital or in the hospital’s WeChat official account advertises. All patients in the screening session were informed of the protocol and signed a consent form. A total of 280 eligible patients who had chronic pelvic pain caused by sequelae pelvic inflammatory diseases and were diagnosed as qi stagnation and blood stasis in TCM Table 1 shows the detailed eligibility and exclusion criteria) were randomly divided into the HHRY pill group and the placebo group according to a 3:1 ratio and received a three menstrual cycle treatment.

280 patients were randomly divided into HHRY group and placebo group at a ratio of 3:1 by random number table which was generated by SAS software version 9.2. The stochastic allocation procedure was saved in the clinical trial data management and statistical unit in Beijing University of Chinese Medicine and Pharmacology Dongfang Hospital. Stratified block randomization was concealed using a sequentially numbered and opaque envelope. Eligible patients were randomized into the HHRY pill groups or the placebo groups by obtaining medicines associated with the given medicine codes in accordance with the order of visits. Participants, investigators, statisticians, and all study staff were blinded. Only data administrators were permitted access to the unblinded data.

All the statistical analyses were performed with the Statistical Analysis System (SAS 9.1.3.) The statistical analysis set included Full-Analysis Set (FAS), Per- Protocol Population Set (PPS) and Safety Set (SS) (Table 2). According to the principle of intention-to- treat analysis, FAS was a randomized group with at least one intervention. For cases of earlier withdrawal, the main efficacy indicators of the corresponding evaluation points will be filled by the last observation of the forward observation (LOCF). PPS was in accordance with the inclusion criteria specified in the trial protocol and the compliance was greater than 80%. Subjects in SS were all randomized and underwent the HHRY pill at least once as well as accepting at least one safety assessment.

Table 2: Size of each statistical set.

All statistical tests were performed by a two-sided test. The test level was defined as α=0.05 and the difference were statistically significant at P ≤ 0.05. There were four kinds statistical analyses in the trial. (1) The baseline information description and balance analysis: Baseline data were analyzed with standard descriptive statistics. The quantitative descriptive variables such as body weight which met the normal distribution were analyzed by the group t test. The Wilcoxon rank sum test was applied to analyze the quantitative variables which did not meet the normal distribution. Pearson chi-square test, Fisher's exact probability or rank sum test were used to analyze the qualitative variables between two groups. (2) Analysis of efficacy indicators: CMH chi-square was used to calculate the difference of pain relief rate, indicators of qi stagnation and blood stasis syndrome, etc. in two groups and 95% was set as the confidence interval. (3) Analysis of shedding: The chi-square test/Fisher exact probability method was used to compare the shedding rate.

A total of 280 patients participated the study and finally 261 subjects finished the study (195 in the HHRY pill group and 66 in the placebo group) (Figure 1) There were no significant differences (P>0.05) in age, blood pressure, body temperature, respiration, heart rate, history of medication, etc. between two groups. These two groups were baseline balanced and comparable (Table 3). 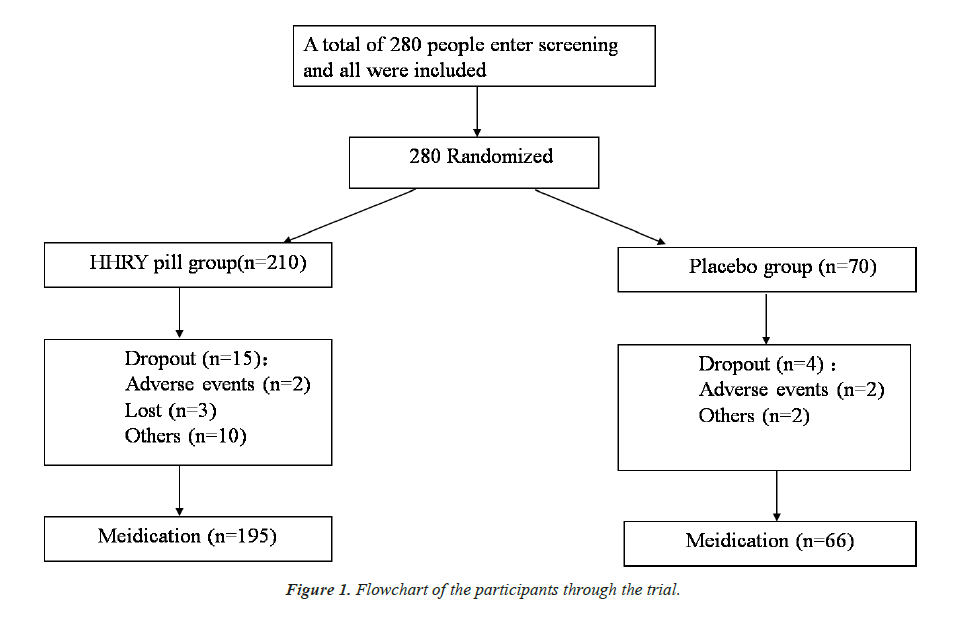 Figure 1: Flowchart of the participants through the trial.

The score of symptoms in TCM

The score of symptoms, lower abdominal pain, lumbosacral pain, purple menstrual color, increased abdominal pain during menstruation, more leucorrhea and breast pain were significantly different between the HHRY pill group and the placebo group (P<0.05). There was no significant difference (P>0.05) in the symptoms, fixed menstrual pain and less menstrual. The analyses of FAS and PPS all supported these results (Table 4).

Table 4: Statistical analysis result about the score of symptoms in TCM.

The symptoms, tenderness caused by limited uterine activity and thickening or with adnexal masses of attachments were significantly different between the HHRY pill group and the placebo group (P<0.05). The analyses of FAS and PPS all supported this result. For the uterosacral ligaments thickening and tenderness, PPS analysis indicated that HHRY pill group was significantly improved after medication (Table 5).

Table 5: Statistical analysis result about the score of common clinical signs of CPP.

This study aimed to investigate the safety and efficacy of the HHRY pill in the treating chronic pelvic pain of qi stagnation and blood stasis. After medication of three menstrual cycles, there were evaluations significantly improved in HHRY pill group, such as pain relief, curative effect of CCP and qi stagnation and blood stasis symptoms lower abdominal pain or tingling, lumbosacral pain, purple menstrual color, increased abdominal pain during menstruation, more leucorrhea and breast, tenderness caused by limited uterine activity, thickening or with adnexal masses of attachments, tenderness of attachment, uterosacral ligaments thickening and tenderness, the reduced value of pain in EQ-5D instruments and EQ-VAS score on overall quality of life. Though adverse reactions occurred during treatment period, there was no liver or kidney dysfunction, and all adverse events were not induced by taking HHRY pill.

CPP is seen in as many as one-third of women with PID which brings tremendous pain to the patient both physically and mentally and greatly reduces quality of life [2]. Therefore, this study selected pain relief rate as main effective evaluation of HHRY pill. Final results indicated that HHRY pill could significantly relieve pain and obviously reduced anxiety of patients, which improved the quality of life. These results were evaluated by the EQ- 5D instruments. Besides pain, the following symptoms are usually accompanying with CCP, for example, tenderness caused by limited uterine activity, thickening or with increased adnexal masses of attachments, tenderness of attachment, uterosacral ligaments thickening and tenderness and larger amount of fluid in pelvic. Except adnexal masses and amount of amount of fluid in pelvic, HHRY pill also relieved the symptoms.

In TCM, the main pathogenesis of CCP is qi stagnation and blood stasis. Blood stasis in pelvic tend to cause the following symptoms, lower abdominal and lumbosacral pain which intensify during the menstrual cycle, change in the menstrual color, etc. The HHRY pill also proved to improve such TCM symptoms. And this was attributed to the function of promoting blood and qi circulation and eliminating stasis in HHRY pill. HHRY pill consisted of 26 traditional medicines. Flos Carthami (Honghua) and Stigma Croci (Xihonghua) are the JUN medicine, the most important components, in the HHRY formula. They have good effect in blood activating, pain as well as stasis relieving. Modern researches reported that the main components of Flos Carthami and Stigma Croci, safflower yellow and crocin, could improve microcirculation and anti-inflammation, which would contribute to the treatment of PID [7-9]. When compatible with qi- promoting herbs Racemose Jurinea (Zangmuxiang) [10], Lignum Dalbergiae Odoriferae (Jiangxiang) [11], etc. the effect of HHRY pill is enhanced in promoting blood and qi circulation as well as relieving pain. An pharmacology research also reported that HHRY pill synergistically alleviated the inflammation and adhesion of pelvic by regulating the expression of inflammatory cytokines interleukin-2 (IL-2) and tumor necrosis factor (TNF-α) as well as intercellular adhesion molecular (ICAM-1) in endometrium[4,5]. Therefore, this study speculated the effect of HHRY pill for relieving CCP caused by PID. 261 subjects from 9 hospitals in different areas of China participated to take three menstrual cycle treatment and helped to prove this effect of HHRY pill.

Though the sample size was statistically sufficient and the intervention time was three months, the efficiency of HHRY pill for relieving CCP induced by PID only evaluated subjective and symptoms assessments. Biochemical indicators, for example, IL-2, TNF-α and so on, are supposed to be measured, which will further reflect the effectiveness of HHRY pill. In summary, a clinical trial with sufficient sample and study period proves the effectiveness and safe of HHRY pill in alleviating pain and related symptoms of CCP. The study also indicated HHRY pill would reduce patients’ psychological burden and enhance the quality of life during the treatment period. However, more assessments of biochemical indicators are needed to investigate the effect.

None of authors declares that they have no conflicts of interest.

The authors thank other clinical researchers who assisted this trial and Gannanfoge Tibetan Medicine Company Limited which offered the HHRY pills.

This post-marketing clinical trial was sponsored by Gannanfoge Tibetan Medicine Company Limited, which produced HHRY pill. The sponsors of the study had no role in study design, data collection, data analysis, data interpretation, or writing of the report. The corresponding author had full access to all the data in the study and had final responsibility for the decision to submit for publication.