Role of resveratrol in cardiovascular and associated diseases.

Resveratrol belongs to polyphenol and non-flavonoid structure is present in grapes, barriers, peanuts and red wine. Resveratrol is a natural stilbene and a phytoestrogen that exhibit anti-oxidant, anti-inflammatory, cardio-protective and anti-cancer properties [1]. Due to its different bio-activities, it is approved to take as dietary supplementation. It is considered as efficiently beneficial to many disease handling. Resveratrol is absorbed precisely orally administration and completely absorbed in the intestine [2]. Red wine contains resveratrol with different polyphenols. Many experimental trials have confirmed, phytochemical; resveratrol protects against in heart failure, cancer and other associated diseases like diabetes-cardiac, cardio-oncology and obesity caused by oxidative stress or secondary disease function [3] as they have become overwhelmed the global health [4]. A short term disclosure of resveratrol with high dosages shows extraordinary cardioprotective results [5]. Furthermore, resveratrol is good for kidneys. Resveratrol plays a positive role on cardiovascular diseases and lower down atherosclerosis as well.

Cancer, along with diabetes and CVD, is becoming a disease taking high mortality and morbidity across the world. There are restrictions in present chemotherapies due to occurrence of resistance against the therapy. Many studies have shown resveratrol as influential chemosensitizer agent [6]. It belongs to system of biopharmaceutical classification, as it has less water solubility and high-rise membrane permeability. Resveratrol is phytoalexin polyphenol; produced in plants under stress conditions [7]. Resveratrol encapsulated with casein claimed remarkable oral availability of resveratrol. After oral intake, intestinal absorption can be enhanced by glycosylated PLGA NP of resveratrol. This compound acts as chemo-preventive agent and increases bioavailability 330%. Resveratrol blocks carcinogenesis at initial stages even with low dose concentration. It can change the gene expression that can rule cancer initiation and proliferatio [8]. Therapies against cancer patients may cause toxicity in cardiovascular system. Resveratrol manages the barrier that comes in cancer treatment, which is the drug resistance. The ideal dose for resveratrol supplementation, however, may be less but metabolic disturbance is a risk factor for multiple cancer types and reversal of metabolic disturbances by lowdose resveratrol may reduce cancer risk as well as improve cancer outcomes [9]. The polyphenol resveratrol has antioxidant property. The scientific literature indicates that there is a link between obesity, Diabetes Mellitus, Oxidative stress and cataract formation. Diabetes associated with CVD is more complicated [10]. Long time hyperglycemia leads to overproduction of reaction oxygen species in mitochondria. Resveratrol lower the production of mitochondrial superoxide instead energizes biogenesis in mitochondria. Excessive oxidative stress may cause large scale oxidative damage to proteins, DNA and lipids resulting in damaged cardiomyocyte functions including contractility, ion transport and calcium cycling that results as heart failure, fibrosis, cardiac hypertrophy. Meanwhile, oxidative stress dysfunctions NO;a vasoprotectant to endothelium. This compound increases the expression of various antioxidant enzymes. It has been shown that resveratrol has less direct scavenging activity rather it possesses gene regulatory property. Resveratrol has ability to scavenge O2 specially produced by xanthine [11].

Mechanism of action against oxidative stress

A recent study evidence showed that resveratrol improves cardiac-oxidative stress and myocardial dysfunctions in diabetes. In this experimental study diabetes induced rats were given resveratrol supplements. The given dose was 50mg/kg/ day, orally. And the duration of this treatment last 16 weeks. As a result of that trial resveratrol faded diabetes-induced cardiac dysfunction and reduced hypertrophy was observed by increasing EF% ejection fraction, fraction shortening [13].

In this study, role of C-reactive protein (CRP) has been seen in randomized controlled meta-analysis studies. There was an eminent decrease in CRP with type 2 diabetes, took supplementation of resveratrol. As C-reactive protein (CPR), produced by liver cells, is associated with inflammatory marker. It showed powerful preventive results on CRP in T2DM patients. It decreases the CRP level in people who were taking resveratrol supplements [14].

In another experimental study, resveratrol improved metabolic and neurological system. It was a double blind, placebo controlled interventional study, in which 36 T2DM older (above 49 years) were participated. Dose was given 0, 75, 150, 300mg after interval of one week. Duration of this study was 6 months. The study outcome suggested maximum improvement was observed with the lowest dose used and can enhance basal cerebral blood flow and associated improved learning 9 [15].

The present study is pilot study in which analysis was performed on older participants. As older adults are more prone to CVD. Participants were randomly divided into two treatment groups. One treatment group had 10 participants (n=10) and 300mg dose of resveratrol was given for 90 days. In second treatment group1000mg dose was given to 9 participants (n=9). The trial was to study CVD risk biomarker i.e. oxidized low-density lipoprotein. As a result, the study showed higher resveratrol dose of 1000 mg, increased CVD risk biomarkers i.e. oxidized low-density lipoprotein, soluble E-selectin-1 and soluble intracellular adhesion molecule-1 in older adults as compared to lower dose treatment group [16] (Table 1).

Table 1. Original evidences regarding the effect of resveratrol.

In another study, resveratrol evident its eminent chemoprevention property by inhibition of multistage cancer development and its proliferation. But to attain its maximum therapeutic activity, nano-formation is used. As it increases its bioavailability and aqueous solubility. Resveratrol potential outcomes in intracellular signal transduction in carcinogenesis [18].

Regarding to this pre-clinical data of experimental studies, dietary intake of resveratrol like other phytochemicals like curcumin and lycopene, are involved in immune system efficiency, apoptosis in transformed cells, make aware malignant cells to cancer killer cytotoxic T cells [19].

Resveratrol has powerful anti-Atherosclerosis properties. In this meta-study, several trials resulted that resveratrol participates against plaque formation by lowering the TG level, LDL and increasing the HDL level into the arteries. Atherosclerosis, is a risk factor for CVDs. In rat studies, its anti-hypercholesterolemia was administered by its pravastatin effect, in the rats fed with high cholesterol diet.

Resveratrol is not fruitful to treat CVD patients in single direction but importantly, it leaves its benefactor cardiovascular impact in diabetic patients. It was studied that in diabetic cardiomyopathy increased oxidative stress, increased apoptosis, diastolic dysfunction, cardiomyocyte hypertrophy happens as secondary function. Basically, resveratrol improved insulin signaling in rat models with rise in SOD, p-eNOS, p-AKT. It has been seen in clinical trials that resveratrol is dose dependent phytochemical. The anti-hypertensive effect of resveratrol (10-320mg/kg/day) has been demonstrated in several animal models. Lower dose did not affect B.P [22] (Figure 2).

In this study, different experimental and clinical trials were studied to know the functions of phytochemicals. Quercitin, Curcumin including resveratrol expressed beneficial results by reducing oxidative stress, lipogenesis and adipogenesis, and chronic inflammation.

It can be concluded from the previous analysis and meta-analysis studies that higher level of oxidants in the cell, let move to occurance of primay causes of disease and secondary diseases. It was seen this important phytochemical, non-flavonoid, resveratrol plays a novel role in the treatment and prevention of diseases like cancer diabetes mellitus, cardiohypotrphy, CVD and its associated diseases. Resveratrol helps to stop the transcription of gene that produce, oxidant producing enzyme in the cell and that is why resveratrol has taken attention to get from food and dietary supplement as well. It gives beneficial results to major rising health problems. 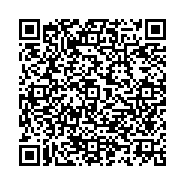