Properly oriented cell division contributes to the choice of cell fate, tissue structure, and morphogenesis. Cell attachment to the adhesive microenvironment regulates the axis of cell division via the intracellular signaling network of animals. In asymmetric cell division, a conserved scaffold that causes cells to asymmetrically distribute polarity-related molecules in the cell cortex controls the location of the mitotic spindle, which in turn controls the direction of cell division [1]. The Partitioning Defective (Par) complex, composed of Par3, Par6, and atypical protein kinase acts as a master polarity determinant involved in the generation and maintenance of cortical polarity.

especially the long axis of the non-spherical cell, also determines the direction of the split. In sea urchin embryos, when the applied mechanical force causes a change in cell shape, the cell tends to divide along the major axis When plant cells divide in areas affected by mechanical collisions due to growth differences and spatial constraints, they build new cell walls in the direction of maximum stress, regardless of cell shape Evidence that mechanical cues may be involved in mitotic spindle alignment can also be obtained from a series of experiments with single cells grown on adherent micropatterns of defined shape. It was In these experiments, the authors suggested that Extracellular Matrix (ECM) patterns could negate the effects of cell shape and determine the axis of cell division [2].

Shifts in cell division and changes in cell polar proteins are common in a variety of cancers. As the first gene discovered, Src is an important signaling intermediate for several carcinogenic signaling pathways, and its overexpression and or high levels of activation are commonly found in tumor tissues. However, inhibition of Src causes loss of cortical clues and defects in the orientation of the mitotic spindle. Early observations also suggested Src's involvement in the positive regulation of proper orientation of cell division Given these results, the role of Src in regulating the direction of cell division may be inconsistent. Src is abnormally activated in cancer cells that are associated with shifts in cell division. On the other hand, inhibition of Src appears to be responsible for the decline in the direction of cell division of living cells [3].

The rules and mechanisms underlying the cleavage pattern of embryonic cleavage before invagination of the archenteron have been extensively studied and modeled. Little attention has been paid to the development of the overall structure of the blastulation. This means that blastocoel formation is ignored or assumed. In reality, things are not that simple. Continuous division of egg material necessarily surrounds the central cavity, the blastocoel. It does not always result in spherical larvae. The focus here is on the physical conversion of morulas to blastulations, that is, how solid spheres become hollow spheres.

From at least the cell stage to the invagination of the sea urchin archenteron, the blastomere plane is orthogonal to the surface of the embryo. This Surface Plane Division Rule (SPDR) is not unique to sea urchins, but appears to be a common phenomenon of surface cells in embryos at the division stage is associated with epithelialization of surface cells. SPDR requires the blastomere to recognize the surface plane. The basal plane is also sufficient, but may not be very well defined, especially before blastocoel formation. The sea urchin blastomere has been polarized since the beginning of cleavage. The apical, basal, and intercellular surfaces have unique properties. The polarization of the blastomere, especially the depiction of the apical surface, is a consistent finding in metazoans [4].

Early sea urchin embryos are surrounded by a proteinaceous glass layer or membrane. Wolpert and Gustafson suggested that oriented cell division results in hollow blastulation, coupled with cell alignment by adhesion to the vitreous membrane. Current research uses computer simulations to test this hypothesis and investigate the role of SPDR and the glass layer in sea urchin blastogenesis. The echinoderm sea urchin undergoes radial division in a highly stereotyped pattern of cell division. By the eighth stage of division, well-developed blastulations develop and many of the major cell. Shortly thereafter, primary mesenchymal cells begin to invade the blastocoel and continue to invade the archenteron.

All cells in all species go through the cell cycle, which is crucial for coordinating the various steps needed for cell replication such as growth, DNA replication, and cell division. A mother cell that buds to produce a daughter cell at each stage of the cell cycle is the defining feature of the unicellular organism known as budding yeast. A population's cells begin to divide at various times. 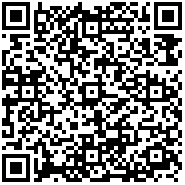