Role of neuropeptides in allergic diseases.

The significance of VIP in allergic diseases such as asthma, allergic rhinitis, and atopic dermatitis is well reported [4-7]. Most recently, we showed that VIP modulates the immune response in the allergic esophageal disease termed as eosinophilic esophagitis (EoE) through interaction with CRTH2 receptor (chemoattractant receptor homologous molecule expressed on Th2 lymphocytes) expressed on eosinophils and mast cells [8]. Basically, EoE is a chronic inflammatory disease of esophagus. Our study showed eosinophils and mast cells accumulation in esophagus via interaction of CRTH2 receptor with nerve-derived VIP. Based on data, we suggested the inhibition the VIP-CRTH2 axis to ameliorate the dysphagia, stricture and motility dysfunction in chronic EoE patients [8].

CGRP is another important neuropeptide of enteric sensory neuron that causes the microtubule reorganization in mucosal mast cells, augmenting their degranulation that promoting the development of food allergy [9]. Further, mice deficient in Receptor activity-modifying protein 1 (RAMP1), a component of CGRP receptor showing reduced airway resistance as compared to wildtype mice [10]. CCL17 induced CCR4-dependent CGRP synthesis in airway epithelial cell of asthmatic patients were observed that can be a possible target for the treatment of asthmatic patients [11]. However, the anti-inflammatory potential of CGRP was also reported in asthma model as this neuropeptide has the ability to reduce the proliferation of antigen-specific T cells and enhancing the T regulatory cells via modulation of DC function [12]. A study by Kay et al. indicated the enhanced expression of CGRP in the lesional skin as compared to the non-lesional skin in chronic spontaneous urticaria patients [13]. Another finding might be in line with an earlier study demonstrating that CGRP enhances the production of IL-13 in peripheral blood mononuclear cells from patients with AD, and playing an important role in the pathogenesis of disease by shifting the immune responses towards Th2 pattern (Figure 1) [14]. 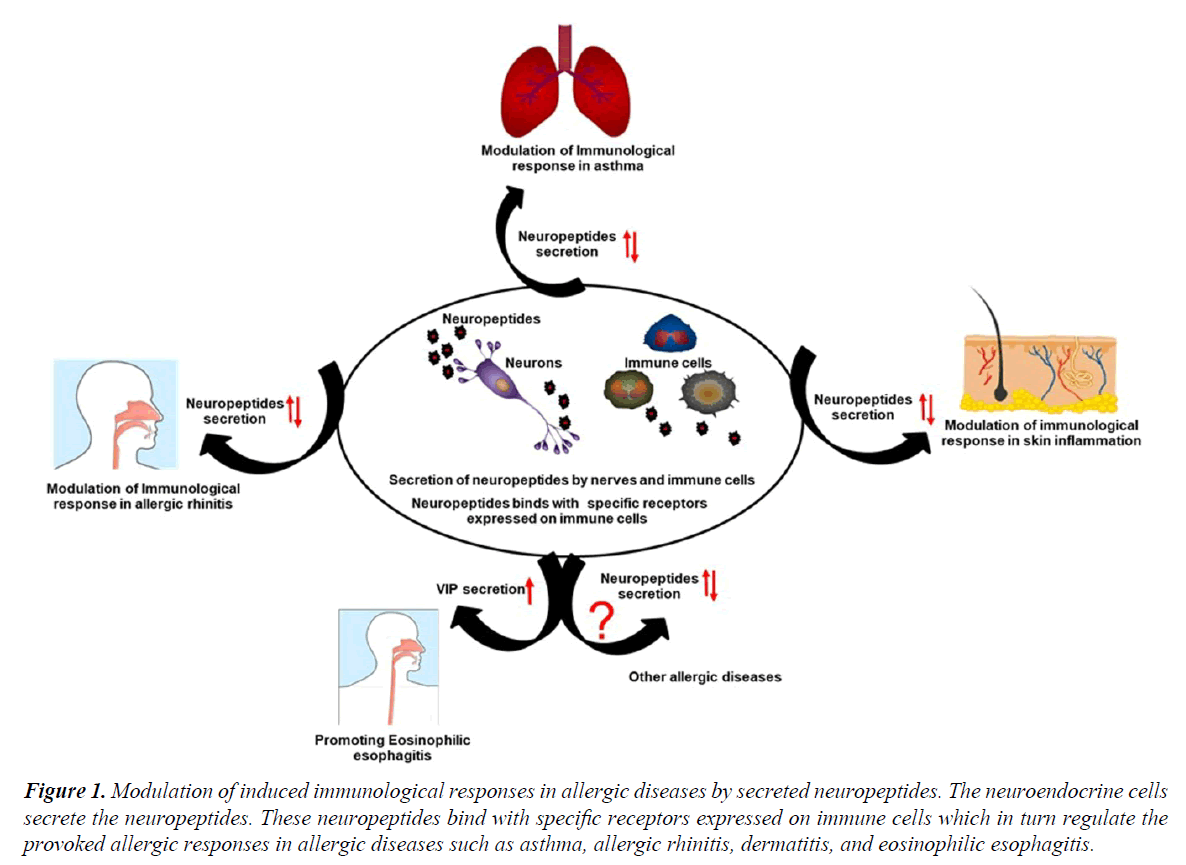 The role of another neuropeptide of melanocortin family, α-melanocyte-stimulating hormone (α-MSH), is also emerging as a suppressor of skin inflammation. α-MSH induces tolerogenic dendritic cells, which in turn expand the functional regulatory T cells (Tregs) that are capable of efficiently inhibiting psoriasis-like skin inflammation [15]. There is mounting evidence that upregulated release of neuropeptide Y occurs during stress condition that playing a critical role in the development of allergic airway inflammation in mice via interacting with its Y1 receptor [16]. The expression of Mas-related gene X2 (MrgX2) that is identified as a receptor for basic neuropeptides, such as Substance P and VIP has been reported to be enhanced in skin mast cells of patients with chronic urticaria suggesting the involvement of these neuropeptides in urticaria [17]. Additionally, Cima et al. has demonstrated the direct relationship between basophils and sensory neuropeptides such as secretoneurin (SN) and Substance P in the pathogenesis of allergic diseases. These neuropeptides induce the allergic condition mediated through NK-1 receptors present on basophil cells [18]. Substance P also has the ability to stimulate the production of monocyte chemotactic protein 1 (MCP-1), which in turn promotes the inflammatory cells such as lymphocytes, basophils, mast cells, and eosinophils trafficking at the site of inflammation [19].

Together, these available data suggest that there is utmost need to further explore the significance of neuropeptides in modulating the immunological response in the allergic diseases and unmask the involved mechanistic pathways. The better understanding of neuro-immune interaction will be helpful to develop new therapeutic strategies for combating these allergic diseases. 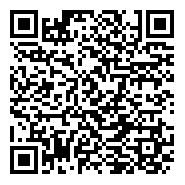