Role of Human Neuropsychology in the Adult Epilepsy Surgery.

Epilepsy surgery has evolved over the decades, but the goals of epilepsy surgery are basically the same. Resection or excision of sufficient amount of epileptic tissue to eliminate seizures, while minimizing the amount of tissue present to eliminate seizures and maintaining postoperative cognitive function. To this end, neuropsychologists play an important role in adult epilepsy surgery centres. We aim to identify the risks and benefits associated with a particular neurosurgery using multiple expertise, including comprehensive neuropsychological assessment, Wada test and electrocortical stimulation (voice). The information obtained from these procedures will be used by the surgical team along with other medical data to derive a detailed treatment plan for each patient. Several case studies are included to show how these techniques and the data they generate are used for individual patients.

Continuous Spike and Wave (CSWS) during slow wave sleep occurs and causes a large amount of sleep enhancing spike and wave that causes potentially reversible neurodevelopmental disorders such as neurocognitive and behavioural disorders [3]. Epilepsy syndrome characterized by discharge diagnosis of CSWS requires an electroencephalogram pattern called Status Epilepticus (ESES) In ESES; there is a significant sleep enhancement of spike and wave during non-rem sleep. The criteria required to diagnose ESED are controversial, but in most cases a spike and wave index of at least 50-85%.

The etiology of ESES is diverse and includes structural brain abnormalities such as stroke, cortical malformations, hydrocephalus or thalamic lesions, and genetic etiology [3]. Treatment includes Anticonvulsants (ASM) such as benzodiazepines, corticosteroids, ketogenic diets and epilepsy surgery in patients who meet certain criteria. The hypothesis behind the enhancement of epileptic activity by sleep is the aberrant hyperactivity of the thalamic circuit and the aberrant interaction between suppressive GABAergic thalamic reticular nuclei neurons and excitatory glutaminergic dorsal thalamic neurons including during sleep enhancement, there is a disruption of cortical information processing that causes learning and memory impairment [4].

Early examination of individual patients with prominent clinically recognizable defects (“individual cases”) was followed by examination of patient groups using standardized psychometric tests and statistical methods of data analysis. In the second half of the 20th century, neuropsychology became an independent scientific discipline and from the early 1960’s, its own scientific journals (Neuropsychologia, Cortex) were established. In humans, the correlation between behavioral disorders and the location of the underlying brain lesions was initially based on post-mortem autopsy findings. Since the late 1930’s, cortical brain stimulation in patients undergoing arousal surgery has also provided information on the localization of brain function [5].

Since the late 1970’s, many patients have access to a variety of non-invasive methods for visualizing the brain in vivo. Neuropsychology contributes to both understanding the structure of the nerves and functions of the mind and the diagnosis and rehabilitation of disorders in various sub processes by examining the disorders of higher mental function caused by brain damage. 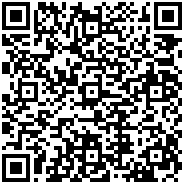