Role of adipocytokines and insulin resistance

Insulin resistance has been implicated as one possible factor that links visceral obesity to unfavourable metabolic and cardiovascular consequences. However, the mechanism whereby adipose tissue causes alterations in insulin action remains unclear. White adipose tissue is secreting several hormones, particularly leptin and adiponectin, and a variety of other protein signals: the adipocytokines. They include proteins involved in the regulation of energy balance, lipid and glucose metabolism as well as angiogenesis, vascular and blood pressure regulation

The adipose organ presents its own innervations and vascularization and contains two morphological and functional distinct cellular subtypes. The white adipocytes teleological devoted to the energy storage and the brown adipocyte, which serves primarily to dissipate energy instead of storing it. The storage of triglycerides and fatty acids in white adipose tissue occurs through the ability of insulin to markedly stimulate both glucose uptake and lipogenesis. It is well known that defects in fuel partitioning into adipocytes either because of increased adipose tissue mass and increased circulating free fatty acids resulted in dyslipidaemia, obesity, insulin resistance and type 2 diabetes. However, it has become increasingly clear that loss of adipose tissue in lipodystrophy syndromes also leads to insulin resistance and type 2 diabetes. These apparently opposite functions may be explained by the functional complexity of adipose organ and on the variety of secreted signalling molecules collectively named ‘adipocytokines’ or ‘adipokines’.

Adipose tissue produces large amounts of acylationstimulating protein (ASP), [1] a protein formed by the interaction of complement C3, factor B, and adipsin. ASP promotes triglyceride accumulation in adipose cells by increasing glucose transport and fatty acid re-esterification [2]. Obese people have higher plasma ASP levels, and ASP resistance may preferentially transport fatty acids to the liver [3]. Because of their decreased triglyceride accumulation inside adipose tissue, ASP-deficient mice have a moderate reduction in adipose tissue bulk and an improved sensitivity to insulin [4]. The ‘adipocytokines’ or ‘adipokines’ produced by adipose organ play a central role in a number of physiological processes, covering the control of energy homeostasis, the regulation of both lipid and glucose metabolism, insulin secretion and action, the control of blood pressure and cardiovascular changes including angiogenesis and coagulation processes. Production of these proteins by adipose tissue and by adipose tissue macrophages is increased in obesity, type 2 diabetes and several others pathological conditions characterized by the presence of insulin resistance. The attempt to further clarify the role of these factors on the metabolic syndrome development may be the prerequisite for more adequate therapeutic interventions [5].

The role of Adipocytokines in physiology and pathophysiology has only been appreciated recently. At least some of the adipocytokines, such as adiponectin, seem to be important in maintaining metabolic homeostasis, but others may contribute to the development of insulin resistance during time when food is plentiful. The mechanisms by which adipocytokines promote insulin resistance are complex, and our understanding incomplete. It seems that excessive adipose tissue, especially at the wrong place (omental depots), may be detrimental partially through secretion of the following cytokines: TNF, IL-6, and resistin. In contrast, the presence of adipose tissue is vital in the prevention of insulin resistance, at least in part, via secretion of the following cytokines: leptin and adiponectin. Some of these cytokines are also present in the immune system and may play a role in linking the nutritional system with the immune system. 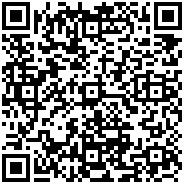