Background: Birth weight is an important indicator of the health and viability of new-borns. Reducing premature birth rates is one of the major challenges in public health. Worldwide, a growing trend is being observed in premature births. Objective: To analyse the survival and perinatal risk factors of early neonatal death in very low birth weight (VLBW) new-borns (500–1499 g). Materials and methods: A retrospective cohort study (2000–2010) was used to analyse data from the Medical Birth Register. In total, data on 1,460 singletons were analysed. This study examined and compared the perinatal risk factors of two groups: live births and deaths within the neonatal period. Results: Odds of surviving increased from 1.6 in the infants with the extremely low birth weight (ELBW) (≤ 999 g) to 2.5 times in the VLBW infants (≤ 1499 g). The variables significantly associated with new-born mortality were congenital abnormalities (ORadj=7.8), birth weight (ORadj=3.4) and placental abruption (ORadj=2.1) and Apgar score ≤ 6 at 5 min (ORadj=2.1). Conclusion: The neonatal mortality risk was significantly higher in the cases of neonatal birth weight ≤ 1000 g, gestational age up to the 31st GW, Apgar score of 6 points at fifth min, congenital abnormalities and placental abruption.

Every year, 1 million new-borns, on average, die from various complications caused by premature birth [1,2]. Low birth weight (LBW) has long been used as an important public health indicator. LBW is not a proxy for any single dimension of either maternal or perinatal health outcomes [3]. The main cause of neonatal LBW is premature birth and intrauterine growth restriction, which are most often due to different placental problems and health problems of the mother or new-born [4-6]. A growing trend in the number of premature births has been observed worldwide, and in Latvia, this number increased from 4.8% in 2008 to 5.9% in 2012 [1,2,7]. Therefore, reducing premature births is a major public health objective.

The risk factors for preterm delivery have been widely studied and have provided a good background for the development of various preventive measures and strategies for both decreasing neonatal mortality and improving the survival rates of LBW infants [8-13]. LBW infants have a greater risk of poor health or death, require a longer period of hospitalisation after birth, and are more likely to develop significant disabilities. Babies with a birth weight under 1500 g are termed very low birth weight (VLBW) babies and are at the highest risk [14]. To reduce mortality and morbidity of the abovementioned target groups, one of the key factors is to provide a timely healthcare and monitoring program; however, it is also important to provide evidence-based data extraction and collection to analyse the epidemiological situation in Latvia in terms of the aforesaid issues. The aim of this study was to analyse the survival and perinatal risk factors of early neonatal death in VLBW (500–1499 g) new-borns.

This retrospective cohort study (2000–2010) analysed data from the Medical Birth Register (MBR) on live preterm births of VLBW (≤ 1499 g) infants. The MBR was established in 1996. Electronic data are available since 2000. It is compiled from the standardized medical record forms that are used by all maternity units across the country.

The study analysed and compared maternal and neonatal risk factors divided into two groups: the survivor group and the neonatal death group. The analysis included factors related to the antenatal care (antenatal care was not received and delayed antenatal care; i.e., the first visit occurred after the 12th GW); complications during pregnancy and childbirth (umbilical cord complications, intrauterine hypoxia, placental abruption, placenta previa; alcohol intake during pregnancy; smoking during pregnancy); and new-born health (birth weight, gestational age, congenital abnormalities, Apgar score up to 6 points in the first and fifth min). In the data analysis, we included only singleton births because multiple births are at a significantly higher risk of perinatal death, particularly in the neonatal period.

The descriptive statistics for all continuous variables are reported as median (25th and 75th percentile). Mann- Whitney Test for nonparametric quantitative data and Chisquare test for comparing categorical variables was used. Categorical data are reported as percentages and 95% confidence interval (CI). The odds ratios (OR) and 95% CI were computed to measure the strength of the association between the outcome and the explanatory variables. Each factor association with the outcome was tested by univariate logistic regression analysis. Independent factors that were significantly (p<0.05) associated with the outcome were included in multivariate logistic regression.

The study was conducted with the approval of the Ethics Committee of the University of Latvia.

Figure 1: Odds of surviving according to weight group using ≤ 999 g as a reference weight

There were statistically significant differences in weight and gestational age (p<0.01) between the two groups: the survivors and the neonatal death group (Table 1).

Table 1. Comparison of perinatal factors of the VLBW infants in the survival and death groups

1Represents median (25th and 75th percentile) and Mann-Whitney U test is used
2Represents % (95% CI) and Chi square test is used; NS: Not Significant

An analysis of the maternal and neonatal factors associated with VLBW in the neonatal survivors and the neonatal death group showed that there were differences in terms of the antenatal care. Within the new-born death group, the number of mothers without antenatal care was 4.2% points higher (p<0.05) and the proportion of mothers who registered late for antenatal care was 6.1% points higher (p<0.05). Caesarean sections were more frequently in surviving new-borns group (p<0.01) Compared with the various complications during pregnancy and childbirth, a higher rate of separate factors was observed in the perinatal new-borns death group (Table 1).

Preterm birth is a major challenge in perinatal healthcare not only in Latvia but also in other countries. Overall, the perinatal, neonatal and long-term care of VLBW infants is one of the most demanding health problems in Europe and has an increasing drain on health resources.

The perinatal health monitoring system (PERISTAT) in Europe shows that the proportion of premature births in many European countries was similar in 2010 and 2004, ranging from 5% to 10%; however, the differences in these numbers raise questions about the possible preventive strategies [15].

With the development of medical technologies and improvements in prenatal care, increases in the number of survivors are observed in LBW new-borns [16].

The aim of the study was to analyse the survival and perinatal risk factors associated with early neonatal death in VLBW (500–1499 g) new-borns from 2000 to 2010.

Therefore, neonatal mortality is most closely related to premature birth, which in turn correlates with the birth weight, gestational age and other new-born health problems such as asphyxia, respiratory distress syndrome, infectious diseases in the neonatal period and congenital abnormalities [4,5,8,12,13,17]. This study revealed that both the average birth weight and gestational age were lower in the new-born death group.

This study reveal that a higher proportion of delay first antenatal visit and without antenatal care were in the new-born death group. A study in Japan on antenatal care also noted that antenatal care is one of the factors that are particularly important for neonatal survival [9]. Indisputably, prenatal care plays an important role in both the monitoring and control of socio-demographic and lifestyle factors that may contribute to poor pregnancy outcomes [18].

The PERISTAT has also suggested that congenital abnormalities are the major cause of death both in stillbirths and during the neonatal period. The variations in the statistical rates between countries reflect the differences in prenatal screening programs and legislation regarding pregnancy termination [15].

Another important factor of this study related to the increased neonatal mortality in infants with LBW was placental abruption (ORadj=2.1) compared to the birth weight, gestational age, and other health problems. In addition, other neonatal health disorders such as placenta retention and placenta previa were more frequently observed in the new-born death group versus the survivors. Furthermore, another study stressed that placental detachment can also increase neonatal mortality risk in LBW new-borns by twofold [20].

It is highly important to stress the effect of caesarean section, which raises many questions. For example, the data analysis showed a decreasing trend in neonatal mortality due to a caesarean section. The data in the scientific literature, however, are conflicting and contradictory in terms of whether the mode of delivery increases neonatal mortality and morbidity [9,21-24].

In recent years, the health of the mother and child in Latvia has received increasing attention; thus, different solutions to improve the situation have been closely evaluated. Improving maternal and child health and reducing infant mortality are also two of the objectives of the political documents - which was developed by the Ministry of Health [25,26]. The action plan also foresees changes in the legislative documents not only related to additional tests for pregnant women but also to include additional screening ultrasounds and other tests to improve the prenatal diagnosis of congenital abnormalities in the country, which is interconnected with early mortality. Furthermore, improvements are being made to strengthen the perinatal centre, which provides timely and highquality care [25,26].

Strength of this work is that it is a register-based study. Population-based data are essential for planning healthcare and determining temporal trends. However, there are a few limitations to this study. Because the MBR includes information concerning short-term perinatal outcomes in infants, it does not include health problems or diagnoses that are discovered later at perinatal canters. Diagnoses made in maternity units are not later distinguished from hospitals and perinatal centres when they are recorded in the MBR. It would be preferable to conduct an analysis of the short- and long-term outcomes in VLBW infants who survived after the neonatal period. Another limitation is the lack of a comparison group of other LBW or NBW (normal birth weight infants), which would be useful to determine other risk factors for neonatal death.

To reduce morbidity and mortality in premature infants, it is particularly important to ensure careful perinatal planning and its effective implementation. This can be achieved by developing specialized perinatal-care centres, whose activities should be monitored to assess their effectiveness. Our study is significant in Latvia because epidemiological studies on VLBW utilizing large datasets are very limited in Latvia. These babies require special care; however, there is currently no specific preterm childcare program in Latvia for LBW infants after they are discharged from the hospital. The Association of Neonatology has asked for governmental support from the Ministry of Health to draw up guidelines and recommendations for a health monitoring system for preterm children. A structured follow-up system will provide conditions to evaluate and constantly improve the care of these children. The care of extremely premature infants requires special resources and competences and should thus be offered, to the greatest possible extent, at hospitals that have substantial experience in specialized neonatal care. That is why one of the activities outlined in the Maternal and Child Health Improvement Plan in Latvia is to train general practitioners, physician assistants, nurses, and midwives with additional knowledge and skills for the treatment and follow-up of new-borns with LBW [27].

The results of this study can serve as an evidencebased proposal for the planning and implementation of additional effective policies in Latvia for the sustainability, development, and improvement of maternal and child health programs. To provide a more thorough interpretation of the results in terms of the correlation between survival and various neonatal risk factors, further profound analyses should be conducted in the future.

Neonatal mortality risk is significantly higher in the cases of neonatal birth weight up to 1000 g, significant risk factors that affect early neonatal death is congenital abnormalities and different pathologies of placenta.

Mortality rates should be continuously followed and evaluated in perinatal audit procedures. To reduce morbidity and mortality in premature infants, it is particularly important to ensure careful perinatal planning and its effective implementation.

This work was supported by National Research Programme Biomedicine for Public Health (BIOMEDICINE). Research on acute and chronic diseases in a wide age-range children to develop diagnostic and therapeutic algorithms to reduce mortality, prolong survival and improve quality of life. 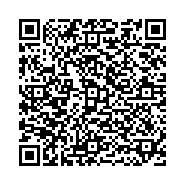