The incidence of Primary Retroperitoneal Sarcomas (PRS) that form a heterogeneous group of malignant neoplasm is very low and comprise only 1% of all malignant tumors and approximately 10 per cent of all sarcomas [1-3]. The histogenesis of retroperitoneal tum-our and its treatment underwent evolution since first described in 1829 by Lobstein. Initially it was linked to adult urogenital apparatus, later it was found that liposar-comas are the most common type of retroperitoneal sarcomas (61%); with majority of them being low grade tumors [4]. Leiomyosarcomas were the next most com-mon pathology (30%); with most of them being high grade. Low-grade sarcomas overall accounted for 62 per cent of the total group.

The surgical resection of tumour was advocated as the best options of treatment almost a century ago and effort was made to optimize the surgical treatment [5-18]. However, curative surgery is limited by several factors. First, retroperitoneal sarcomas present as large tumors probably because of late diagnosis. This is due to the minimal symptoms they produce and their "hidden" position in the body. Secondly, surgical resection is hindered by the close proximity with the vital structures of the retroperitoneum. Thirdly, these tumors often involve adjacent organs, necessitating concomitant resec-tion of these organs. Finally, clear surgical margins are often difficult to obtain despite radical surgery. These treatment-related problems may contribute to the poor outcome of surgery. Despite the enourmous effort to optimize the surgery, 5-year survival after surgery improved from 2% in 1954 to 39% in 2000, however local recurrence was often requiring multiple resections. It was shown that aggressive surgery with resection of adjacent structure is the single most important factor that improves survival [8,19,20]. Other factors found to be predictive of survival were stage at presentation and histological grade. Chiappa et al demonstrated that patie-nts with low grade sarcoma had 5-years survival of 90% compared with 26% only in patients with high grade sarcoma. Stage II A had 82% 5-years survival as compa-red to 22% in advanced stage [15].

To better understand the complex nature of this group of malignancies we undertook this study to review the biologic and clinical behavior of retroperitoneal sarco-mas. Special attention was directed to identifying any tumor- or treatment-related characteristics that had imp-act on clinical outcome including the treatment of local recurrence.

The clinical courses of all adult patients treated from 1989 to 2003 for soft-tissue sarcomas of the retroperito-neum at Cross Cancer Institute (CCI) Hospital, Northern, Alberta, Canada were retrospectively reviewed. All patie-nts underwent surgical resection. A retrospective analysis of these patients was performed to determine the progno-stic parameters associated with a favorable prognosis. The tumors were characterized by tumor size, histopatho-logic grade, lymph nodes involvement and presence of metastases. Surgery was considered complete if all gross tumors were removed and margins were negative for tumor.

Histopathologic grade was determined by the degree of hypercellularity, differentiation, pleomorphism, necrosis, and mitotic activity and categorized into low, interme-diate, or high grade. Tumor dimensions and weight were also determined. Patient- and treatment-related variables included age, sex, completeness of resection, and margin of resection (both gross and microscopic). Incomplete resection was defined as a resection where gross residual disease was obvious after resection. The patients were traced to their last clinical follow-up or death. Survival was calculated in months from the primary surgical treatment to last follow-up or death. Survival data were analyzed by the method of Kaplan and Meier as well as by the log-rank test for statistical significance. 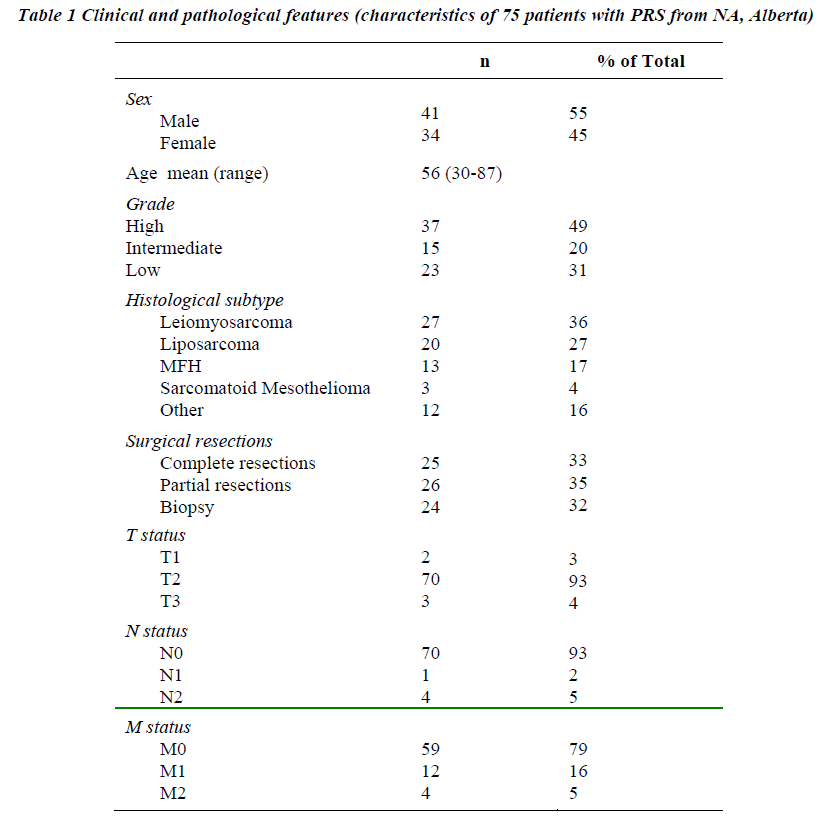 Table 1: Clinical and pathological features (characteristics of 75 patients with PRS from NA, Alberta)

The most common histological type of retroperitoneal tumor encountered was leiomyosarcoma in 27 patients (34%). Liposarcoma was the second most common sarcoma and was encountered for 26% of tumors (20 patients). The majority of the sarcomas were high-grade tumors, which were seen in 37 out of 75 patients. In 15 cases (20%) sarcoma was intermediate grade (Table 3). The remainder 23 cases of sarcoma was of low grade (31%). Lastly there were 13 cases of malignant fibrous histiocytoma and 3 cases sarcomatoid mesothelioma. 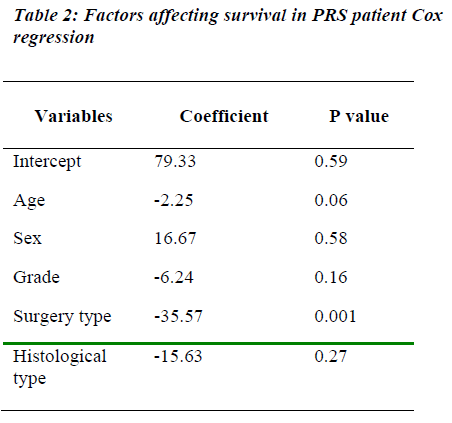 Table 3: Prevalence of high and low grade tumours by the type of surgery groups

The clinical course of the 51 patients who underwent tumor resection was evaluated. All patients were availa-ble for long-term follow-up after initial surgical resec-tion. Overall survival was found to be 38 (24.2-57.1) months. Univariate analysis demonstrated that complete resection was an independent factor for survival as comp-ared to partial resection or biopsy alone (Log rank test < 0.001). 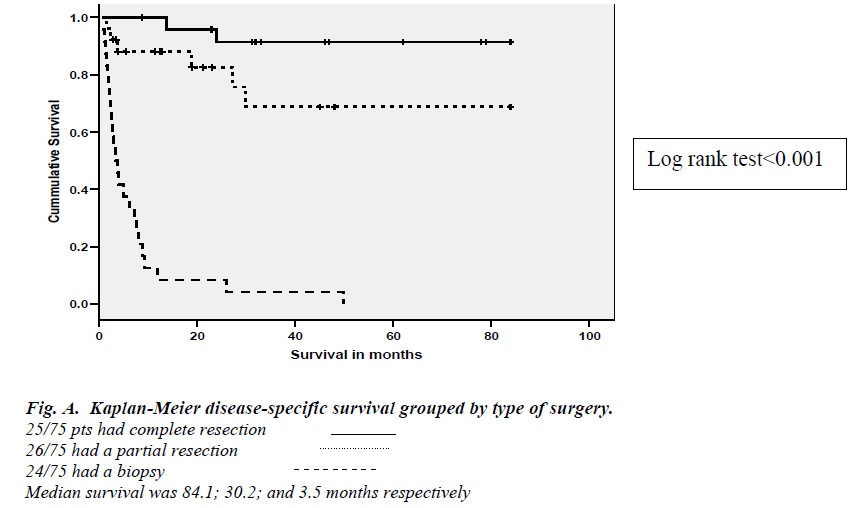 Figure 1A: Kaplan-Meier disease-specific survival grouped by type of surgery. 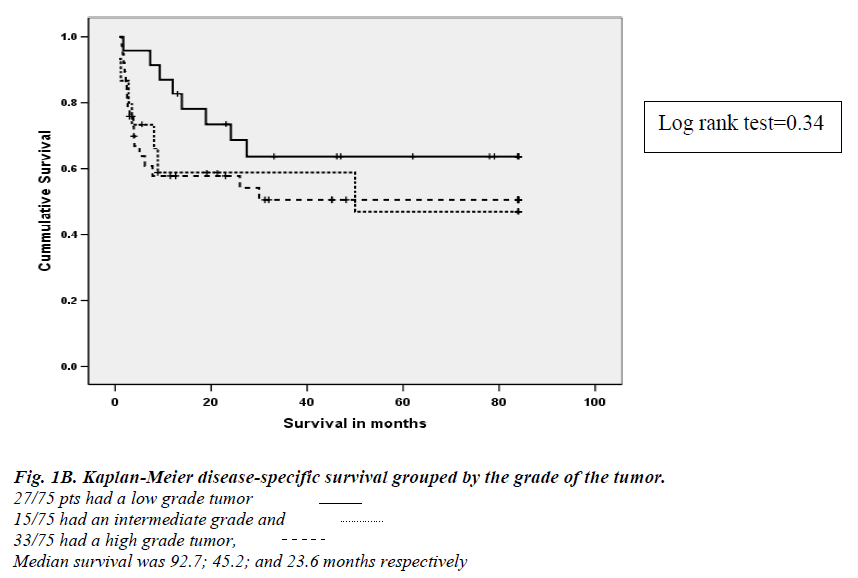 Figure 1B: Kaplan-Meier disease-specific survival grouped by the grade of the tumor.

Unadjusted Cox regression model for survival with type of surgery as a single predictive variable have demonstra-ted that it predicts survival, HR= 2.6 (p<0.01). After adjusting for all known predictors of survival, the resection type was still the only significant predictor of survival (Table 2). The histological grades of the tumor had no significant impact on survival.

Patients characteristics in our series were similar to those reported in other series; slightly male predominance with mean age of 56. Initial presentation of retroperitoneal sar-coma was also similar to one reported in the other series with most common sites of the secondary involvement being the structures such as kidney, colon and pancreas [17]. Although, the surgical resection of tumour was ad-vocated as the best options of treatment [9,15,19,21,22] our review showed that only 33% of the patients who underwent surgery for retroperitoneal sarcoma were com-pletely resected. The rate of complete resection inour study was lower as experienced in other series. In the se-ries of University of Florida, Makella et al reported 75% resectability rate of primary tumors [19]. Seventy-six per-cent of patients with PRS were completely resected in series of Samsung Medical Center, Korea [21]. Low per-centage of resection in our study may be attributed to the delay in surgery because our hospital is a referral hospital. The overall survival of 38 months in our series was simi-lar to that reported by the series of Royal Liverpool Uni-versity Hospital, UK, [1] but it was lower than survival reported by Memorial Sloan-Kettering Cancer Center, New York City7. The survival rates 1 and 2 years in our study was 100% and 88% after complete resection was rewarding. Patients in our series with partial resection were found to have a less favorable prognosis (median survival 30 months). Survival was even worse for those who did have exploratory surgery. These findings were similar to recent literature reports [11,15,17,23].

Although a positive prognostic power of low grade type tumor has been reported for survival of patients with retroperitoneal sarcoma by Van Dalen et al and Skubitz et al., [10,24] which was not confirmed in our study. Data from our observational analyses and from the literature indicate that complete resection of tumor improves sur-vival. Owing to the restricted numbers of patients the modeling of the prognostic factors could not be done at this point of the analysis.

This analysis showed that leiomyosarcoma were more frequent in Northern, Alberta, Canada. Complete resec-tion was the cornerstone of the treatment and was impor-tant for long-term survival in patients with retroperitoneal soft tissue sarcomas. Our resection rates were lower as compared to reported clinical series. This might partly be explained by difficulty in accessing data collection in a retrospective analysis; delay in surgery, but may reflect inadequate subspecialisation in Northern, Alberta, Canada centres.