Radix curcumae has a long history of medicinal use with the effects of normalizing gallbladder to cure jaundice, promoting qi circulation to relieve pain, clearing away the heart-fire to dispel melancholy and activating blood circulation to dissipate blood stasis. Besides, it can also protect the liver, accelerate the excretion and secretion of bile and reduce blood lipid with certain inhibitory effect on central nervous system. In clinical trials it is applied to merely treat diseases like cancer, schizophrenia, chronic gastritis, vascular lesions, cholecystitis, hepatitis, fever, faint, epilepsy, jaundice, abdominal distension, abdominal pain, dysmenorrhea as well as amenorrhea. This paper is mainly to do some research on the chemical constituents and pharmacological activities of Radix curcumae.

Radix curcumae is the dry root block of Rhizoma zedoariae, Curcuma kwangsiensis, Curcuma longa as well as Curcuma wenyujin and is mainly produced in Guangxi, Zhejiang, Fujian and Sichuan. It is pungent and bitter in flavor, cold in nature, and attributive to the lung, heart and liver meridian and enables to play the effect of normalizing function of gallbladder and curing jaundice, clearing away the heart-fire and cooling the blood, promoting qi circulation and removing obstruction in the collateral as well as activating blood circulation and relieving pain with a long history of medication in China [1]. It contains a small quantity of trace elements, polysaccharides, curcumin and volatile oil of which the volatile oil is the main component of antitumor and the curcumin has the effects of anti-inflammation, anti-oxidation and lowering the blood lipid [2]. In this paper chemical composition and pharmacological effects of Radix curcumae are mainly analyzed based on the author’s years of experience, expecting to provide a more effective scientific basis for its clinical research.

The main chemical components of Radix curcumae are volatile component, including aliphatic compound, aromatic compound and terpene compound [3]. Studies have shown that its volatile component was obtained by steam distillation extraction and that it generally contains zedoary diketone, 1-caryophyllene, curzerene as well as germacrone with varying content in different areas. The volatile constituent of Radix curcumae was analyzed by the GC-MS method and it turned out to consist of 5- diene, 5-dimethylbenzylidene- cyclic polyethylenepropylene-1, 8-isopropenyl-1, curzerene, germacrene D,α-pinene, humulus caryophyllene, β-elemene, δ-elemene and L-bornyl acetate [4]. By separating herb residues of Radix curcumae, five different volatile components can be obtained, namely curcumol, turmeric diketone, furanodiene, dihydrogen zedoary diketone and curdione [5]. When it was purified and isolated by Preparative TLC, HPLC, SehadexLH-20 column chromatography, ODS column chromatography and silica gel column chromatography, such ingredients would be drawn as curcolonol, 8-of ide, 8 (H) -eudesm-7 (11Z), 4d-dihydroxy-5, 8-lactone (4), 7 (11) -trieno 12, aeruginolactone, alismoxide and procurcumenol. The chemical constituents of water decoction and petroleum ether extraction were analyzed by GC-MS method and the result found that there are components of a-terpineol, dibutyl phthalate, isobutyl phthalate, germacrone, epicurzerenone and elemicin [6].

Curcumin is the main active ingredient of Curcuma longa and has three phenolic pigment monomers,namely curcumin (also known as the "1 curcumin"), demethoxycurcumin (also known as "curcumin II") and bisdemethoxycurcumin (also known as the "curcumin III"). The chemical constituents of water decoction and petroleum ether extraction were analyzed by chromatographic separation technology like silica gel column chromatography, which manages to combine the NMR technology with physicochemical properties of Radix curcumae and it was found that curcumin is the main parent substance of Curcuma wenyujin. In some studies, the products, stem leaf and processed products of Radix curcumae from different origins are tested and it is found that they all have varying concentrations of curcumin in spite of differences in processing method, origins, variety and content [7]. Different content of curcumin can be always seen in Radix curcumae originating from Yunnan, Guangxi, Guangdong and Leshan or Shuangliu in Sichuan.

Polysaccharides and other ingredients

Rats were injected with D-galactosamine hydrochloride solution and phenixin peanut oil solution to establish the animal model of acute liver injury followed by the observation of the effect of radices Curcumae sp. on ALT (alanine aminotransferase) and AST in rats of each group [14]. It was discovered that radices Curcumae sp. can significantly reduce the AST and ALT levels and meanwhile protect the liver in rats with acute liver injury. The rats with acute liver injury induced by carbon tetrachloride poisoning were administered orally with Curcuma decoction, which signified that Radix curcumae can affect the expression of caspase-3 protein as well as apoptosis gene p53 and inhibit the apoptosis of liver cells with a certain protective role [15].

The rats were subjected to gastric intra-lipid perfusion and fed with high fat food to develop models of hyperlipidemia. The Radix curcumae extract was given to the rats with continuous intra-gastric administration and it was proved to be of the functions to reduce the content of low density lipoprotein, triglyceride as well as serum total cholesterol in rats and increase the content of high density lipoprotein in serum with moderately significant effect of lowering cholesterol [16].

In Radix curcumae 95% ethanol extract has a good inhibition effect on bacteria and the inhibition rate can reach 79.7% with the concentration of 1 × 10-3/m and 97.2% with the concentration of 10 × 10-3 g/m [17]. Hexane extract of Radix curcumae has very good inhibitory effects on common pathogenic bacteria, such as Botrytis cinerea, Sclerotinia sclerotiorum and wheat Gibberella [18]. Radix curcumae can accelerate inflammation secretion and inhibit the development of inflammation induced by HP. In addition, it has inhibitory effect on Bacillus subtilis, Dysentery bacillus, Shigella sonnei, Pseudomonas aeruginosa and Staphylococcus aureus [19].

The Radix curcumae extract has pro-coagulant function mainly related with the dissolution of fiber protein, which provides some scientific basis for its function of helping with wound healing and blood coagulation. Its extract is reported to have antioxidant stress activities and protect human umbilical vein endothelial cells induced by hydrogen peroxide [20]. In addition, its ethanol-aqueous solution extract has certain inhibitory effect on encephalomyelitis of guinea rats with allergic reaction, significantly reduces the mortality as well as morbidity and protects the brain of rats with hypotonic pneumatorexis [21].

Radix curcumae is a traditional and commonly used Chinese herbal medicine with a broad development prospect and high application value. Its main components include curcumin and volatile oil with their effects of normalizing function of gallbladder and curing jaundice, clearing away the heart-fire and cooling the blood, promoting qi circulation and removing obstruction in the collateral as well as activating blood circulation and relieving pain. In clinical practices it is often combined with other drugs to treat diseases like cancer, inhibit bacterium, reducee blood fat and protect liver. As a result it is of certain significance for rationally guiding use of drugs to make a tthorough analysis and rresearch on the chemical constituents and pharmacological activity of Radix curcumae. 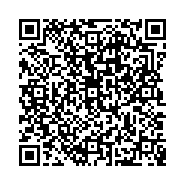